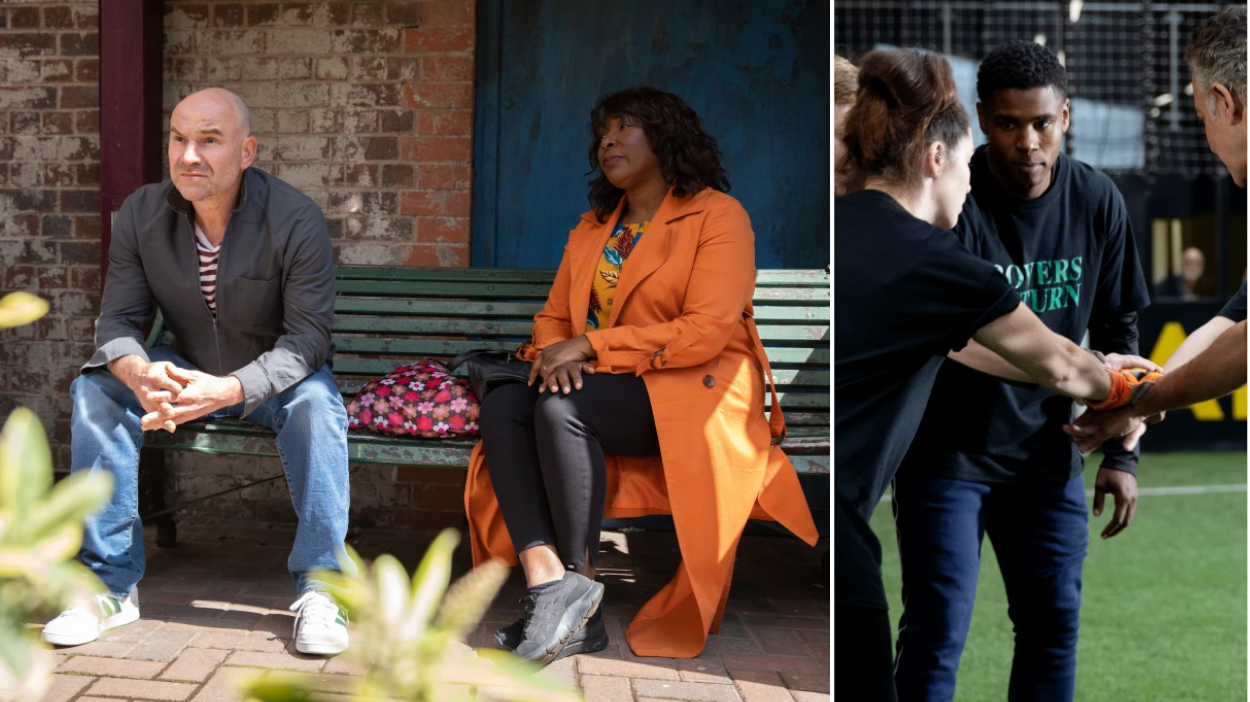 Aggie Bailey (Lorna Laidlaw) is unable to be with her son, James (Nathan Graham), during his hour of need in future Coronation Street episodes, as she’s busy spending time with Tim Metcalfe (Joe Duttine).

Tim and Aggie’s friendship has developed a lot in recent weeks, with Aggie being a supportive friend throughout Tim’s impotence storyline.

While in Victoria Garden, Aggie was able to get through to Tim and allowed him to realise he wasn’t able to be intimate with Sally (Sally Dynevor) as he feared history repeating itself with his heart problems.

Tim told Sally what was on his mind but failed to mention Aggie during the conversation.

Initially, he offers his coaching skills but when Tim (Joe Duttine) misinterprets something Dev (Jimmi Harkishin) says, he gets grumpy and storms off which leaves the team a man down, so James steps in.

On the cobbles, Aggie spots a glum Tim and invites him for a brew.

As they chat, the game gets underway.

With the final few minutes looming, James ups the stakes and manages to put the Rovers team in the lead.

However, shortly after, he then collapses.

As Ed (Trevor Michael Georges) and Michael (Ryan Russell) rush over, Aggie remains unaware her son is in danger – but how long will it be until she’s given the news?

And will she be honest and say she was spending time with Tim?