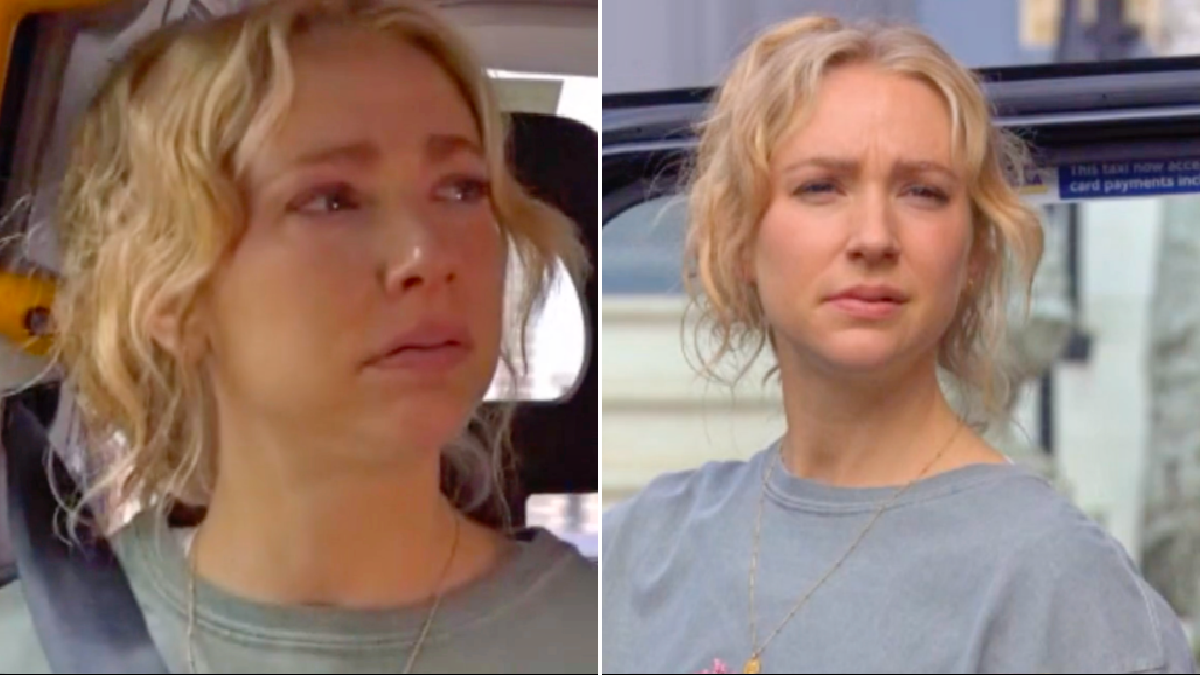 The popular character, as viewers know, has been struggling to come to terms with boyfriend Zack Hudson’s (James Farrar) infidelity, after he cheated on her with Sam Mitchell (Kim Medcalf).

This – coupled with her mum Linda’s (Kellie Bright) battle with alcoholism -resulted in her making a big decision about her future, as she resolved to leave Walford and start afresh elsewhere.

Nancy relayed her decision to Mick (Danny Dyer) in Thursday’s (June 23) edition of the BBC One soap, and after a heartfelt goodbye with her dad – as well as Shirley (Linda Henry) and Frankie Lewis(Rose Ayling-Ellis) – she left in a black cab.

EastEnders has confirmed Nancy’s departure, with a spokesperson telling Metro.co.uk: ‘We wish Maddy all the very best for the future’.

Maddy Hill, meanwhile, added: ‘It’s been great revisiting Nancy and the Square over the past year but it felt like the right time to move on for now.

‘I already miss everyone and feel so grateful to work with people I have so much love for.’

Maddy originally played Nancy for two years, making her debut on New Year’s Day 2014, when Mick and Linda put a stop to her wedding to Wayne Ladlow (Malachi Kirby).

The character would become a fan-favourite, much like the other members of the then newly-established Carter clan, and she would go on to feature in some big storylines before ultimately leaving the Square in 2016 with boyfriend Tamwar Masood (Himesh Patel).

It was revealed last year that Maddy was set to reprise her role, and Nancy returned to the Square in April 2021.

This time around, her storylines have included a romance with Zack, getting to know half-sister Frankie and working alongside Sharon Watts (Letitia Dean) at the gym.

Her exit is the latest in a long line of departures, after it was revealed earlier this month that five mainstays would be axed as part of a major shake up.

EastEnders continues Monday June 27 at 7:30pm on BBC Two, or stream all of next week’s episodes on BBC iPlayer from 6am on Monday.