A painting caught the eye of Paul Martin, who believed the bargain decoration would be worth something. Admitting he loves seascapes, he bargained with a shop owner in Axbridge, Somerset to be able to take it with him along with another item he’d bought, for all the money he had on him plus some “washing up”. Luckily the owner agreed, but the Antiques Road Trip star was later thrilled when it was sold for £150 on the BBC show.

“It’s got something about it, it’s got movement,” Paul said after noticing the painting.

He added: “It’s got vitality. It looks like you’ve got a steamship there and it may be in trouble – you’ve got the lifeboat leaving the harbour.

“It reminds me of [Victorian painter] Charles Napier Hemy, that’s exactly how he would paint the sea, that sort of colour.”

But Paul noticed some ageing of the frame and holes in the painting, so tried his luck at getting it on the cheap. 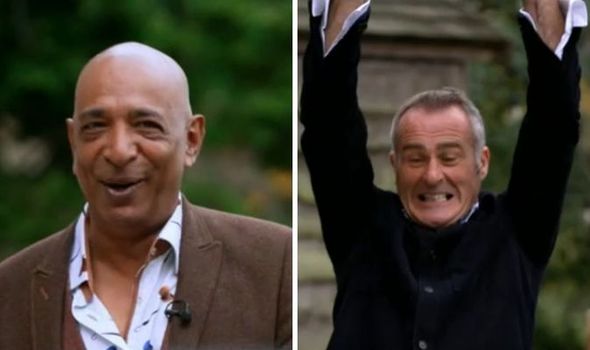 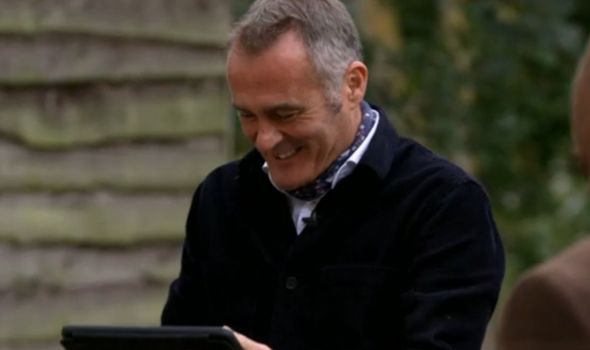 “It’s terribly damaged, it’s not been over-varnished,” he explained. “Which is a good sign.

“It’s just been relined and re-backed, and reframed. I think this has got potential.

“If I can afford it.” He called over the owner of Ripley Antiques & Vintage, but he would have some haggling to do in order to take the painting.

The owner explained she had had it for around a year, and definitely wasn’t “fed up with it.” 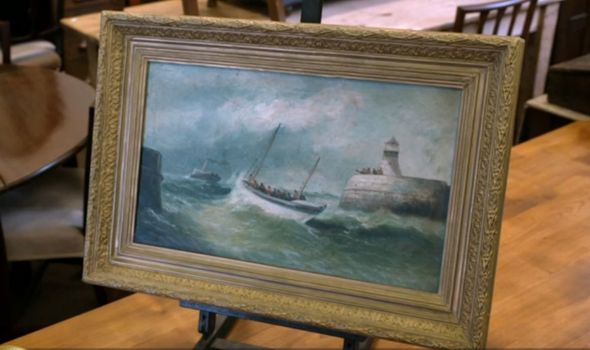 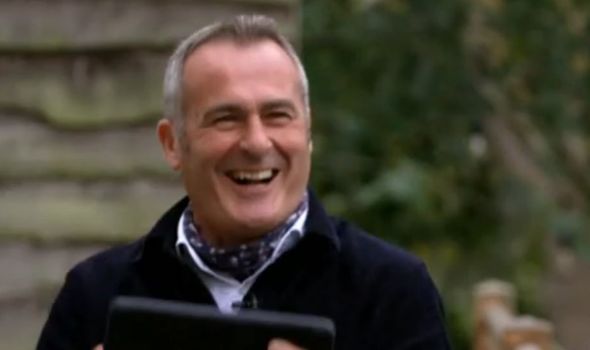 She originally asked for £45 for the painting, but Paul also had his eye on a theodolite.

The unusual tactic worked, and he was allowed to leave with both items, but he soon discovered the painting would sell for more than he’d imagined.

After spending £14.86 on the artwork, the price climbed up in the bidding room.

The painting eventually sold for £150. Paul jumped for joy as a baffled Raj added: “Well that is fantastic. What a great result.”

“Brilliant,” Paul said, fist-pumping in delight. “Brilliant!” The £135.14 profit certainly seemed more than he was expecting.

“That’s a great profit,” he continued as Raj quipped: “Look at the smile on your face!”

“Feels good,” Paul admitted. He had also made a good profit from the theodolite, so definitely had a lucky haul.

The Antiques Road Trip is available to watch on BBC iPlayer.