Antiques Roadshow is not only popular with British viewers but American viewers too. During a recent episode of the PBS show, a lady brought in a Louisiana Hayride programme which had two very important signatures on the back. Appraiser Laura Woolley was interested in the backstory of the item before she revealed how much it was now worth.

“You’ve brought in this 1950s Louisiana Hayride programme, the reason I was really excited when you came to the table was the fact that we have this on the back of it,” Laura began.

“What can you tell me about this and how you got it?”

“When I was in high school, in the 50s, we loved to go to [the] Louisiana Hayride on the weekends,” the guest explained.

“My sister and I and some more girls would go off and I was about 16 years old then – a long time ago. 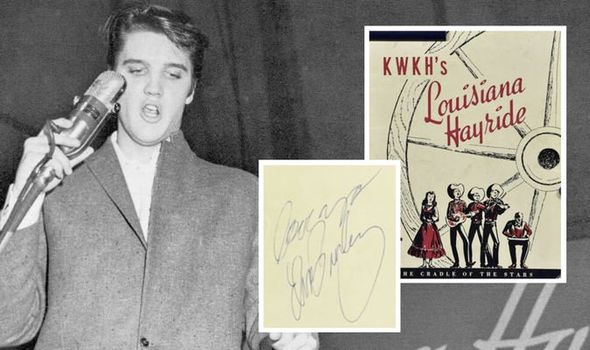 “And Elvis was there and Johnny Cash, they weren’t popular like they were now, and anyway, Elvis was standing on the steps by himself and I had this book and I went up to him and asked him if he would mind giving me his autograph,” she added.

Laura asked: “And what did you think of all this?”

“Very handsome, really good looking. He was young then too – before he was married. And I heard he made $18 a performance at that time, he wasn’t making big money,” the lady remarked.

“Even with inflation, that still wasn’t a lot of money. And you also have another one I see over here,” Laura referred to the second signature. 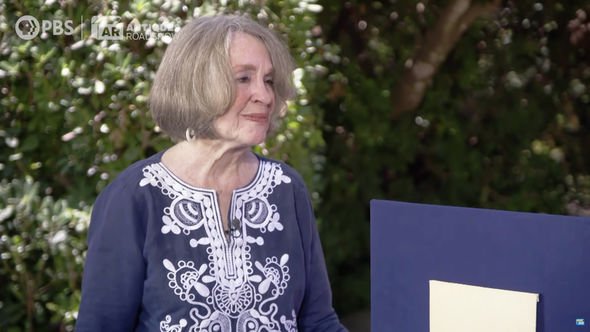 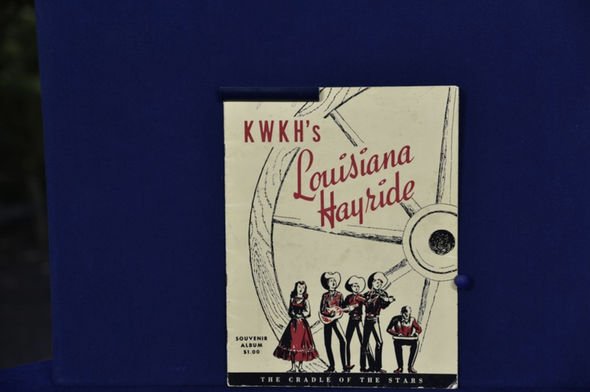 “Johnny Cash, he was at the same town too and he was just standing in the doorway waiting to go back on,” the owner said.

“I went up to him and got his autograph – another handsome one.”

Laura divulged: “We see a lot of autographs here at the Roadshow.

“One, you’ve procured these first hand and I believe you 100 percent you got them. If you were someone who had purchased these at an auction and brought these to the table, I would’ve looked at these signatures and said they’re fake. Because they look really weird, they’re not the Elvis signature we’re used to seeing and it’s not the Johnny Cash signature we’re used to seeing. 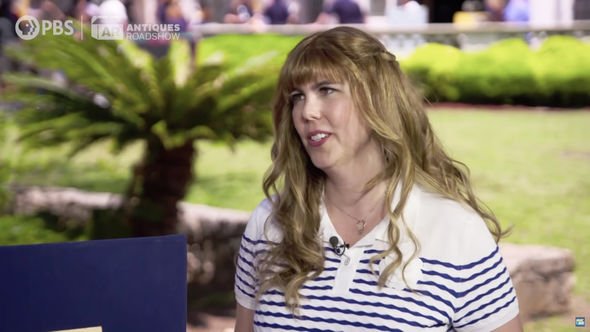 “But, we’ve tried to nail it down, with more time we could be more specific about the date, but we believe it’s about 1955.

“And at that time, these guys weren’t that popular,” the appraiser continued.

“And I think what we have is such early signatures that they hadn’t signed enough to develop the signature we’re all used to seeing by now.

“That’s pretty extraordinary and really affects the value and to have these two together.

“If we set the period here, Elvis started doing the Louisiana Hayride shows mid 1954, he taped That’s Alright and that’s kind of the song he led with,” Laura said. 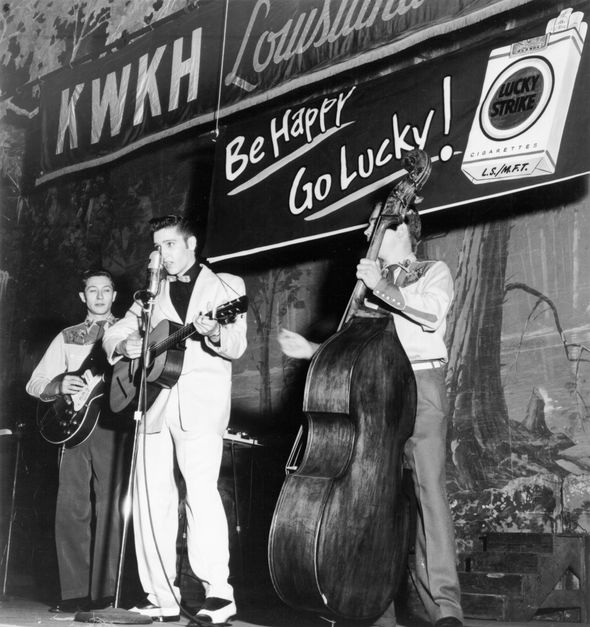 “Colonel Parker got him a one year contract, so he ended up staying until 1956 and that’s that famous show when Horis Logan says ‘Elvis has left the building.’

“That’s all happening at the Louisiana Hayride so it’s a very historic venue.

“But to also have Johnny Cash there, and all this happens a year before the million dollar quartet when you have Johnny Cash and Elvis and Jerry Lee lewis and Carl Perkins recording at Sun Studios together, Louisiana Hayride is such a historic venue because it launched the career of so many country artists – the list goes on for days.

“It was the place to be seen,” the presenter commented.

As for how much the item was now worth, Laura revealed: “The programme itself, it would sell for $50-$75.

“And the other interesting thing about this programme is because it’s pre-fame for Elvis and Johnny Cash, they’re not even in this programme.

“They were not famous enough to be listed amongst the performers of the Louisiana Hayride, so it’s fascinating.

The lady was shocked as she gasped: “Really? I had no idea. Really, that’s fantastic.

“I’m glad I kept it all these years. I was about to run out on my bucket list of getting onto the Antiques Roadshow, this is wonderful. And at the time I was wishing I had a piece of paper to get their autographs, but it’s probably better on the Hayride book.”