Sunday’s instalment of the BBC programme saw Fiona Bruce and the antiques experts hand out their advice at Eltham Palace.

Antiques Roadshow expert Alexandra Gill was on hand to help out a couple who had brought along a painting for a valuation.

The painting showed a young woman sitting alone looking contemplative in front of a landscape.

“What a very charming, pretty picture,” Alexandra began. “Tell me, what do you think that she’s thinking?”

“Well, the painting is called Waiting. So she’s obviously waiting for her lover,” replied the woman.

Alexandra continued: “She is, there’s quite a few signs of that here. She’s got her hands folded, and she’s looking down in a kind of sad way I think.

“Stylistically, it’s very similar to artists like Gainsborough. She’s got an old fashioned dress on.

“Beautiful landscape in the background, again harking back to looking and longing.”

Alexandra explained: “John Thomas Peele was a Victorian artist of genre scenes really which is really and artist who paints stories and he went to America as a child and came back toward the middle of the 19th Century. 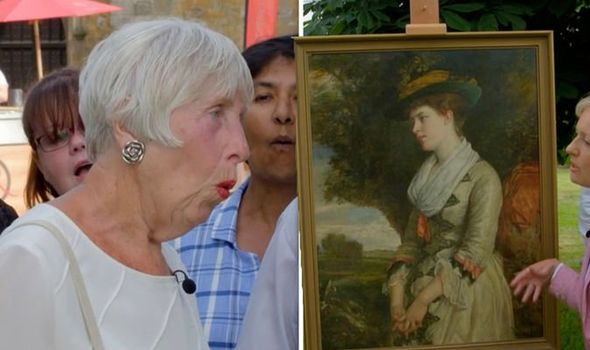 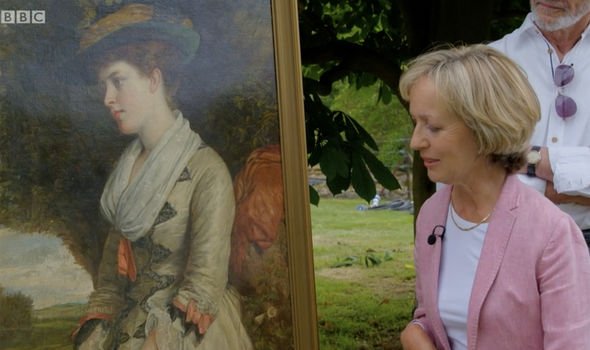 “He is very well known for painting subjects like this, children and ladies.

“How long have you had it?” Alexandra questioned.

“1968,” the female half of the couple confirmed as Alexandra asked: “You bought it?”

The lady replied: “John was doing a survey in an old shop in Eltham, this, just the canvas nothing else, was in the corner and John said to the gentleman ‘What are you doing with that?’ 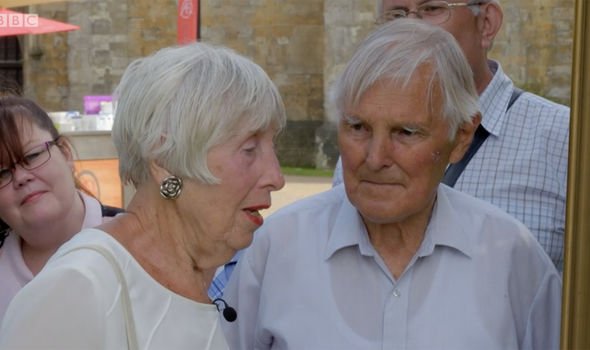 “He said he was going to throw it away and John said ‘Well can I take it’ and he said ‘I’ll ask the wife’ came back and said ‘You can have it for a pound’.”

Alexandra retorted: “Well, I think you’ve done alright. I think in today’s market you’re probably looking at a figure of about six on eight thousand pounds.”

“Well, well,” the man said, looking pleased as well as surprise, while his wife uttered: “Nice.”

Later in the episode, one guest learned the staggering amount a diamond and emerald Van Cleef and Arpel necklace was worth.

Antiques Roadshow continues Sunday at 8pm on BBC One.