Are Clare Crawley and Dale Moss hanging out at a secret house watching Halloween movies? 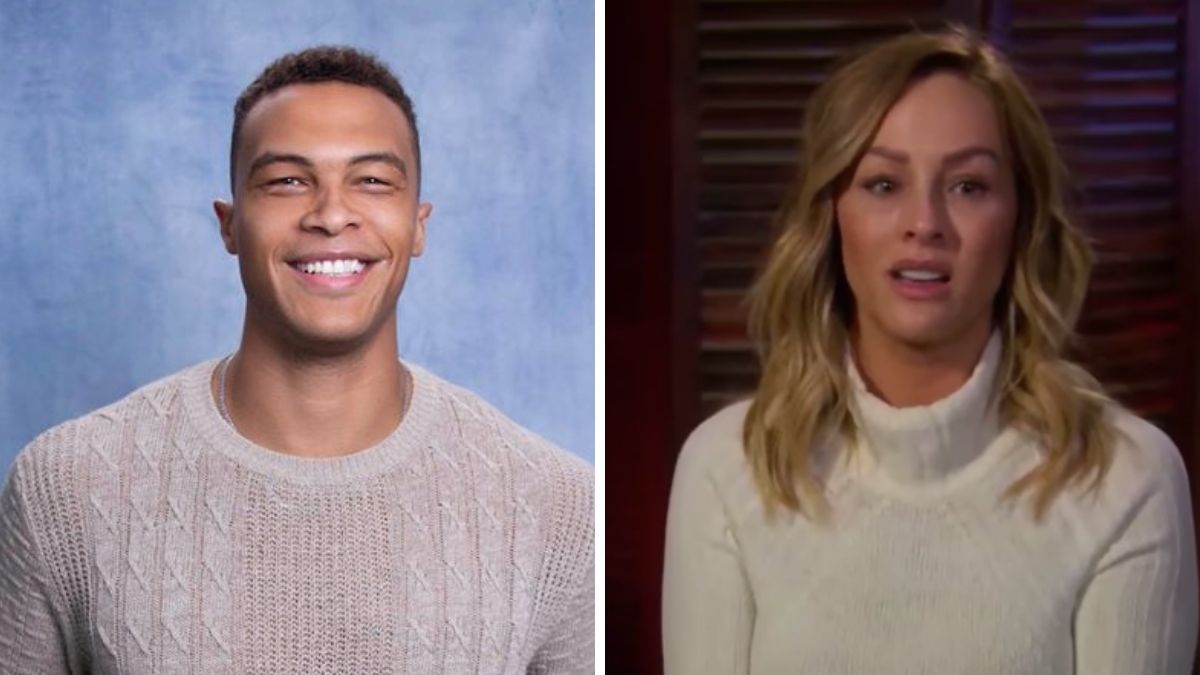 Clare Crawley and Dale Moss are reportedly engaged. The two supposedly got engaged after filming the Bachelorette for less than two weeks.

There were many rumors about how everything happened, making Clare out to be rude and unreasonable as she refused to come out of her room to film.

Now that The Bachelorette has wrapped up production and left La Quinta with the goal of starting Matt James’ season in Pennsylvania later this month, Clare and Dale have to keep a low profile.

And it appears they are doing so – together.

As it turns out, Dale may have left his beloved New York City to go see Clare on the west coast.

In one of her stories, Clare shared a screenshot of Annabelle, a horror movie. She added the caption, “Can we get a Hallmark channel, but for cute Halloween movies.” 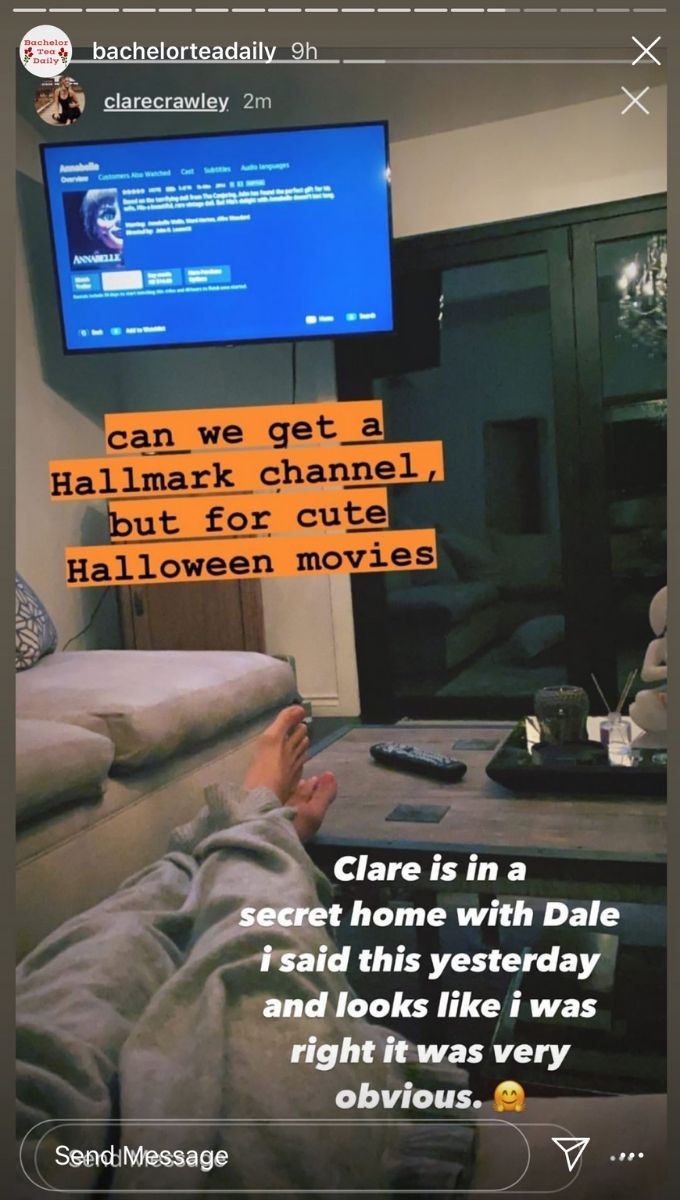 The @bachelorteadaily Instagram account guessed that Dale and Clare were together, writing, “Clare is in a secret home with Dale.”

“I said this yesterday and looks like I was right it was very obvious.”

We should note that Dale is not in the photo and Clare has made no mention of him.

The thing that tipped off @bachelorteadaily about Dale going to the west coast had to do with his social media presence. Over the past couple of weeks, he’s been posting daily videos from New York of himself and his workout routines.

Suddenly, two days ago, everything stopped.

Clare and Dale are under contract to ensure they don’t leak any information about what is going on.

Yesterday, we shared a report that guessed Dale had left New York to go see Clare Crawley in Sacramento, California. It was pure speculation based on their own messages.

We already know that Clare has left the La Quinta resort, as she’s been sharing videos on social media of her at a market, eating sushi with some friends, and now, being in a house watching Halloween movies.

Her season premieres on October 13 and sources have guessed that we 12-day stint as The Bachelorette could be shortened to just a few episodes.

The Bachelorette premieres Tuesday, October 13, at 8/7c on ABC.