ASHLEY Cain has paid a heartbreaking tribute to his daughter Azaylia to mark two months since she passed away from leukaemia.

The devastated reality star, 30, told his fans that his 'entire world has collapsed' since his little girl died in April. 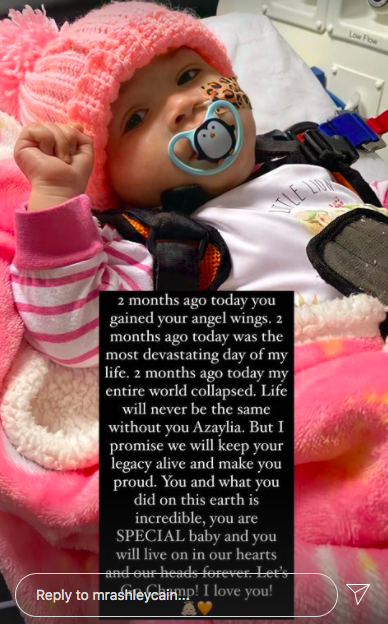 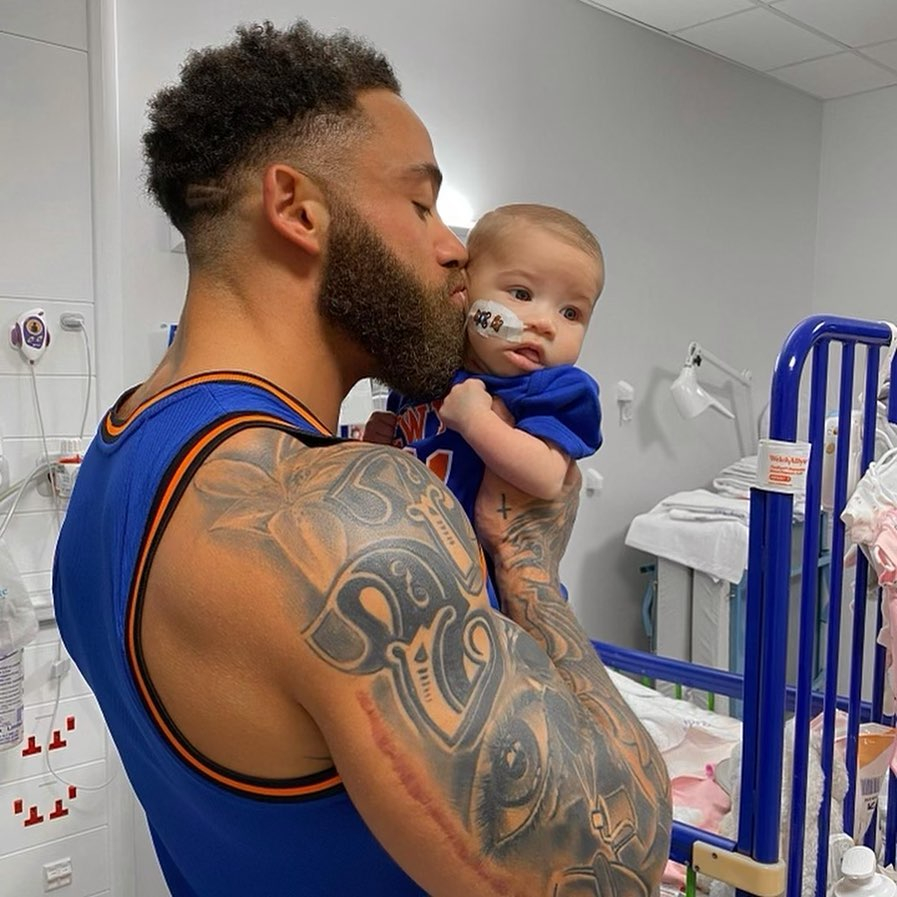 But despite his unimaginable grief, Ashley has vowed to his daughter that he will work tirelessly to give her a legacy she would be proud of.

Sharing a picture of Azalyia in a pink, fluffy hat, Ashley wrote on Instagram: "2 months ago today you gained your angel wings.

"Life will never be the same without you Azaylia. But I promise we will keep your legacy alive and make you proud. 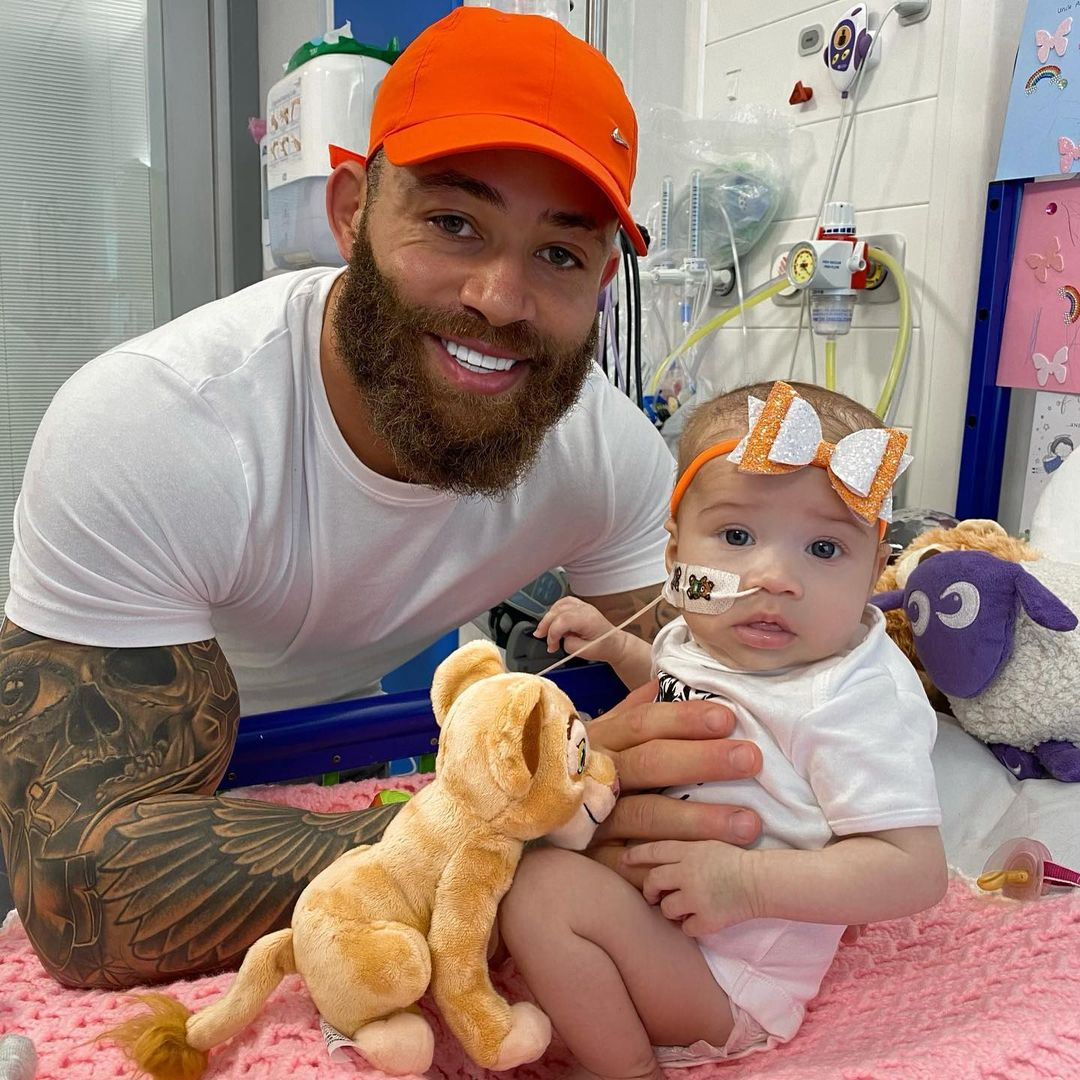 "You and what you did on this earth is incredible, you are SPECIAL baby and you will live on in our hearts and our heads forever."

Ashley signed off his tribute: "Let's Go Champ! I love you!"

Azaylia was diagnosed with a rare and aggressive form of lukeamia when she was just eight weeks old.

Ashley and his partner, Safiyya Vorajee, did everything they possibly could to help their daughter, including fundraising over £1million to pay for potentially life-saving treatment in Singapore. 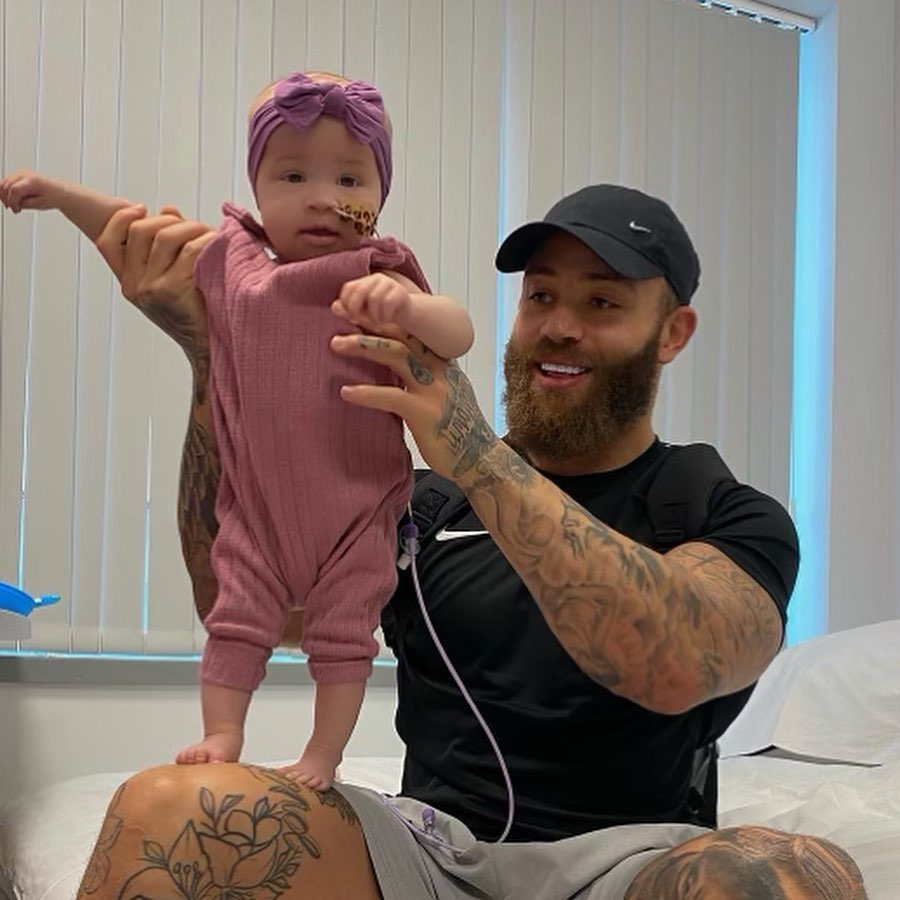 But sadly, their brave daughter lost her life to the disease aged just eight months and before they were able to fly abroad.

Earlier this week, on Ashley's first Father's Day, he and Safiyya headed to Azaylia's grave and spent the afternoon creating her a beautiful garden.

Ashley wore smart clothes and together they laid astroturf on her resting place and decorated it with beautiful balloons and flowers, all in 'her colour' – orange. 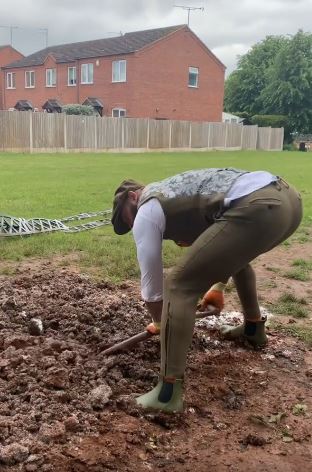 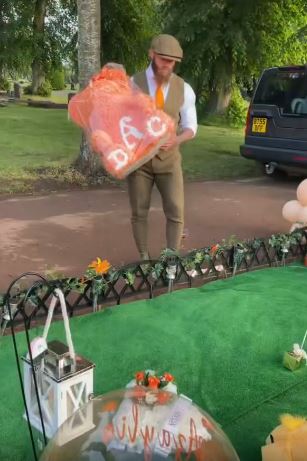 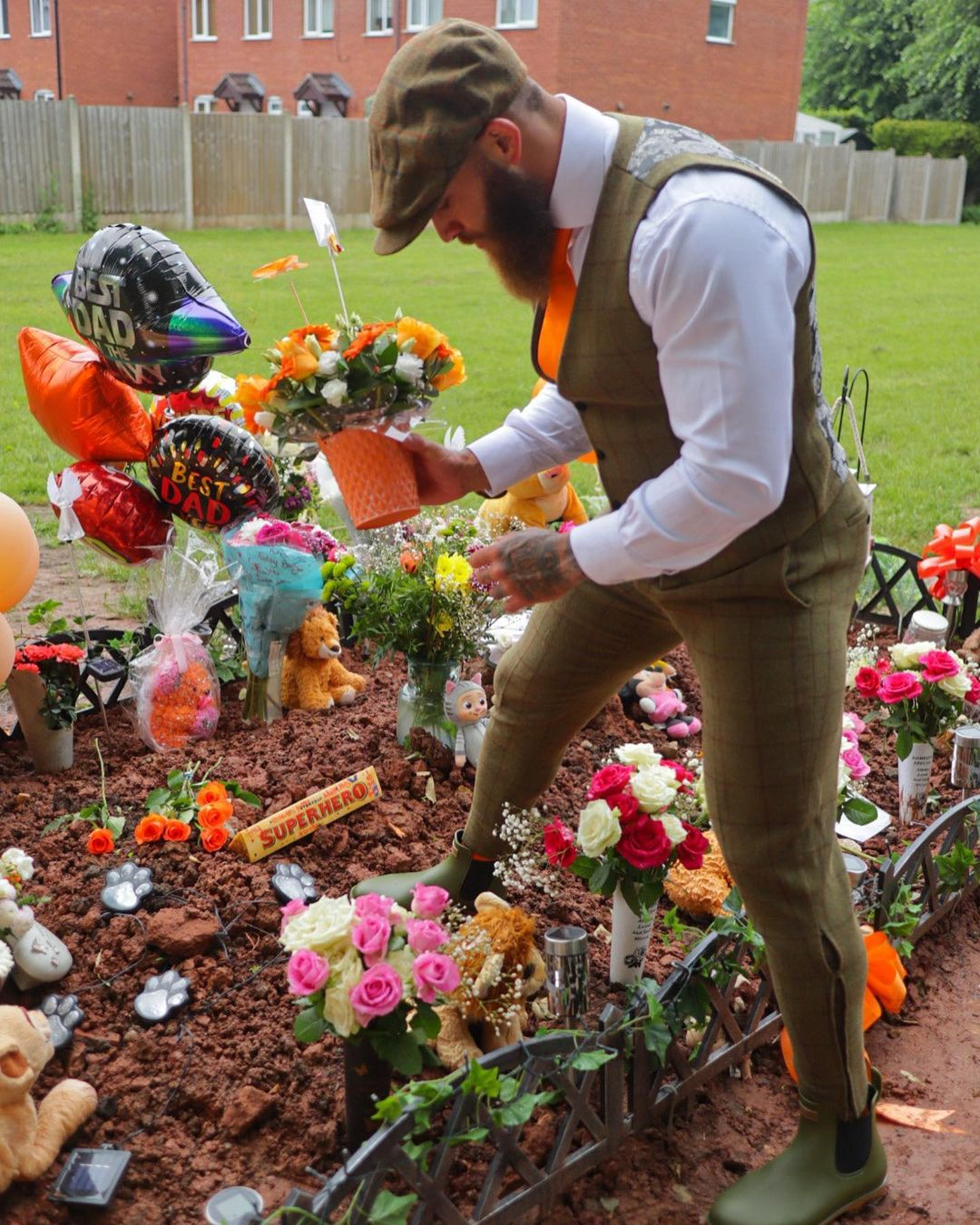 On Thursday morning, former Ex On The Beach star Ashley headed to London in a bid to raise awareness of childhood cancer and the foundation he and Safiyya have set up in Azaylia's name.

In an Instagram video, he told fans that he tries to wear orange every day.

"I will always wear the colour orange somewhere," he said. "It represents leukaemia, a form of childhood cancer I am very passionate about.

"It is also my daughter's colour and the colour the world lit up for her. The colour she has lit up the sky for us so many times to show us she is ok."

Writing about his trip, Ashley also explained: "Heading to London for a great opportunity to to share Azaylia's journey, speak about her foundation raise awareness about childhood cancer and share my experiences of grieving and how I cope with the mental struggles on a day to day basis."