ABC and NBC ruled Monday evening with two-hour episodes of Bachelor In Paradise and American Ninja Warrior, respectively. Bachelor In Paradise ticked up from its season premiere in the previous week to earn a 0.9 rating in the 18-49 demo and 3.22 million viewers, per fast affiliates. Monday’s episode surpassed previous installment by one  tenth in demo rating and 4.97% in viewership. Bachelor in Paradise was the highest-rated program of the evening.

Fox’s Monday started with a new Hell’s Kitchen (0.6, 2.44), and grew quiet with HouseBroken and Duncanville. Of the animated series, which tied in ratings, HouseBroken took in more viewers.

Following Bachelor In Paradise, ABC introduced The Ultimate Surfer. The surfboard competition series, produced by Pilgrim Media Group, premiered to a 0.3 demo rating and 1.49M viewers. The reality program was up against NBC’s The Wall (0.4, 2.70M) NCIS: Los Angeles (0.2,1.97M) on CBS. 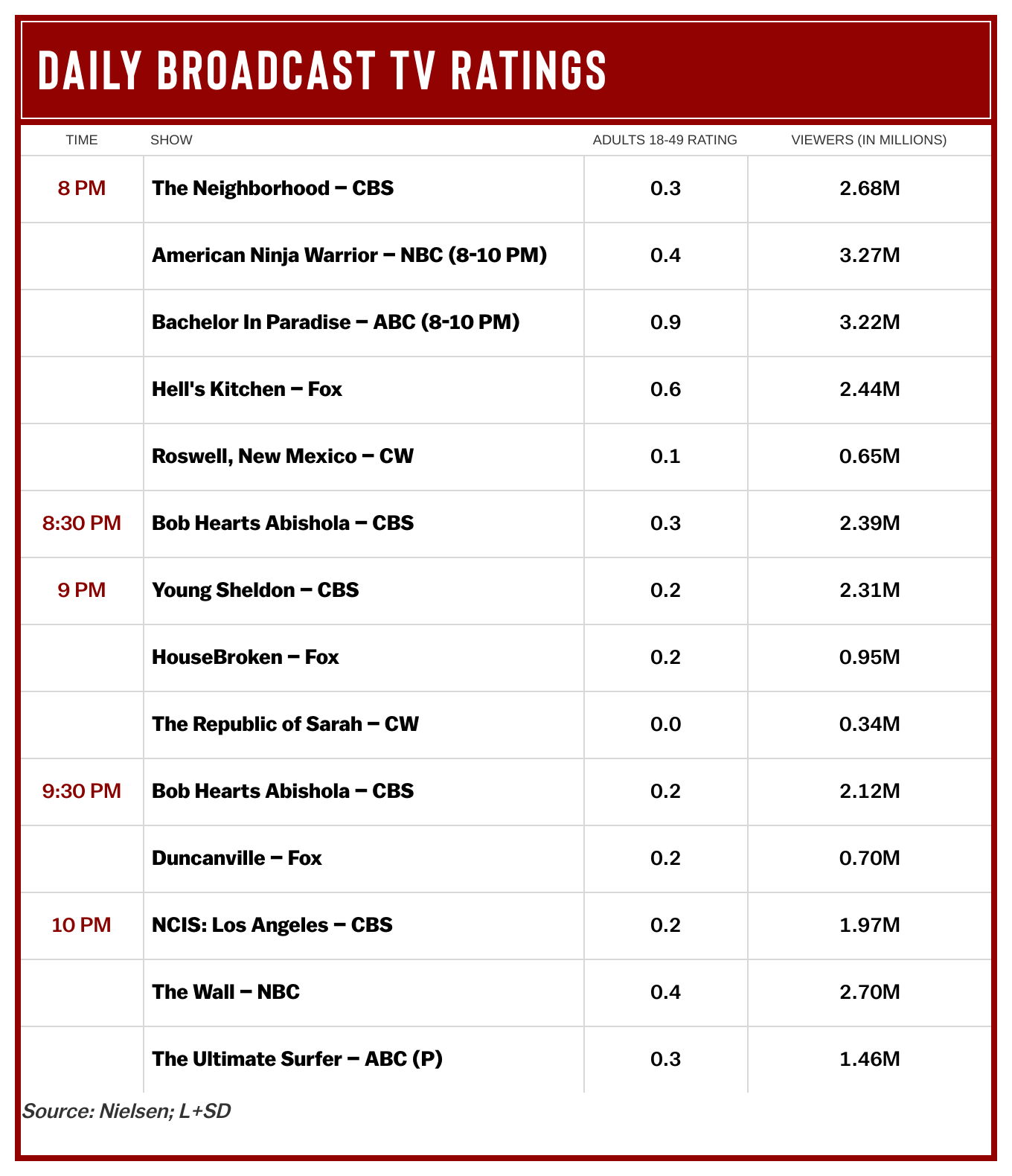