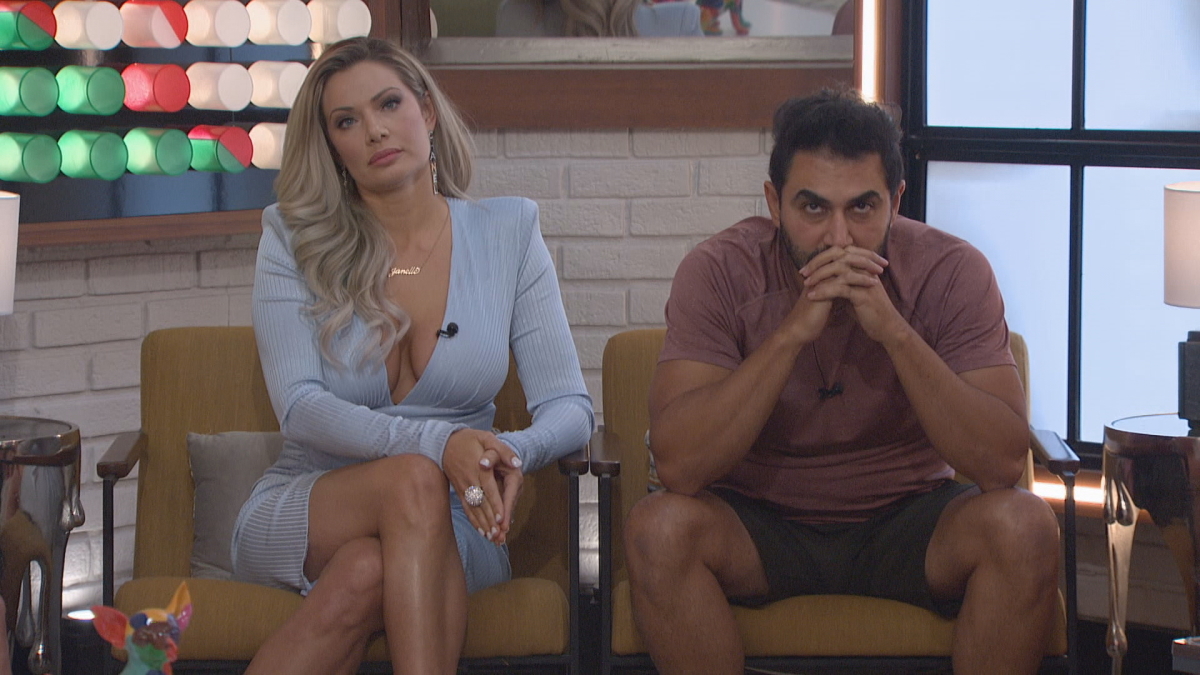 Anyone watching the live feeds this season knows that Nicole has been making a big deal about uninviting Janelle from her destination wedding.

Nicole even recorded a goodbye message that went so far over the line that she started to feel bad about it and went back to the Diary Room to record a second one. Yep, that bad one you saw during the episode wasn’t even the worst one.

Daniele Donato and Nicole actually planned out what they were going to do in the goodbye messages, and it was a continued effort by them to try to show up Janelle. Dani’s message didn’t even make it to the CBS episode.

“Just received my invite,” Janelle wrote on Twitter. “3k for hotel so Nicole’s reception and hotel stay can basically be comped. Glad I don’t have to go. I hate cheap ass weddings where the go to song is Cotton Eyed Joe.”

Below is an image of the invitation that Janelle received from Victor Arroyo while she was inside the Big Brother house. 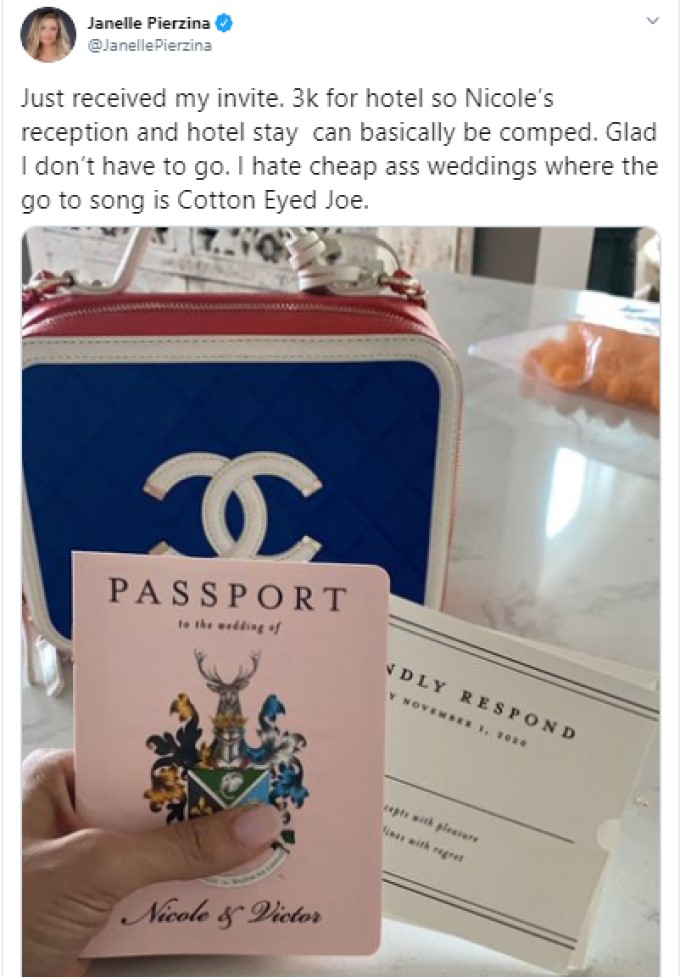 A fan asked her what she meant about the wedding being comped.

“Charging 3k to attend the wedding is a tacky way of getting your guests to foot the bill,” Janelle said to the fan.

Big Brother 15 winner Andy Herren responded to the post, saying, “3k??????? Just come to Chicago that weekend and we can go to drag brunch instead!!!”

Former Big Brother houseguest Britney Haynes also responded to the post, saying, “Not to be confused with eagle eyed joe.”

It’s starting to seem like the drama between Janelle Pierzina and Nicole Franzel is not going to subside anytime soon. Very early in the Big Brother All-Stars season, live feed viewers could see that Nicole was infatuated with Janelle.

Then, Nicole planned out and made a big deal about getting to choose Janelle as a Have-Not in the game. Only part of that incident made it on to a CBS episode.

That made it no surprise that Nicole would be rude in her goodbye message. Janelle has since addressed Nicole in her post-eviction interview with host Julie Chen Moonves and then in a post-show interview as well.

While Janelle is speaking about Nicole on the outside of the house, Nicole continues to speak about Janelle inside the game.