“When she [Jessie Giacomazzi] had to run up the tree, that was terrifying. I just had a heart attack every time she would go up,” Hader tells TheWrap 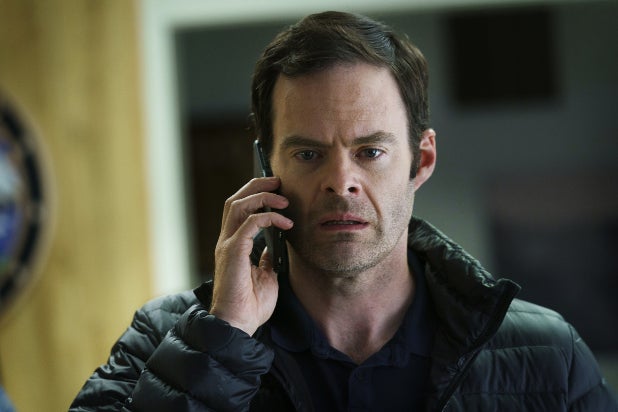 There were many standout moments during “Barry’s” second season, which received 17 Emmy nominations on Tuesday. But one of the most talked-about all season was the “Ronny/Lily” episode, which sees Barry (Bill Hader) and Fuches (Stephen Root) deal with the world’s most terrifying 11-year-old girl.

“There’s something up with her. We still don’t know what it is,” Hader told TheWrap on Tuesday. He said filming that extended fight sequence was just as terrifying.

“When she [Jessie Giacomazzi] had to run up the tree, that was terrifying. I just had a heart attack every time she would go up,” he continued. “Because it really is an 11-year-old girl. She’s on wires and all that. And the tree is not there, we digitally [added] that in. It’s like a rock-climbing wall she was going up. It was terrifying because in my head I’m going, ‘Oh please don’t hurt yourself.’”

On Tuesday, Hader was nominated again for Outstanding Lead Actor in a Comedy (he won in 2018), but it was in the Supporting Actor categories where “Barry” showed its might, landing four nominations. Henry Winkler, who won during last year’s Emmys, was nominated again and was joined by Anthony Carrigan, who plays fan-favorite NoHo Hank, and Root. Sarah Goldberg also received a nomination for Best Supporting Actress.

“It just gets boring if it all was about Barry,” Hader said on the increased role of the supporting players in the second season, NoHo Hank in particular. “They’re just as interesting and if you can do it right, their stuff is affecting his stuff. That’s what we’re always trying to figure out.”

“Gangs in L.A., they would have that. They would have their neighborhood in their name. And I think Hank — I don’t think Hank is his real name — I think he came and just decided that. He somehow sublet a place in North Hollywood and didn’t really understand what kind of neighborhood North Hollywood is. It’s not really that tough. But he knew that’s what people did. And I think he just arbitrarily picked Hank because that sounded the best after NoHo,” Hader explained, adding that he may have workshopped it a little.

“I think he might have initially come out with ‘North Hollywood Henry.’”