Nicola Coughlan was the first person to be cast in Netflix’s “Bridgerton,” as Penelope Featherington, one of the upper class “sorrowful sows” being readied by an overbearing mother for the marriage market in 1813 London.

The withering description comes courtesy of Lady Whistledown, the mysterious proprietress of a gossip rag in that series that alternates between haunting and flattering the Ton. But really, Coughlan insists that poor Penelope, perpetually forced to dress in egregious neon colors by her mother — operating under the assumption that looking like a deranged, psychedelic peacock is the best way to get her daughter a suitor — is making the best of an impossible sartorial situation in the series that starts streaming today.

“Some people would say, ‘Ugh, it’s so tacky,’ and I would get offended because they’re beautiful!” Coughlan said. “I would be in love with each piece even though I know they’re over the top! Walking into a ball as a Featherington when everyone is there in their muted blues and pinks — it’s so much fun.”

“Bridgerton” is the third show the Irish Coughlan has been in that is running on Netflix in America. The first was the two seasons of “Derry Girls,” an uproarious and heartfelt look at high school life in 1990s Northern Ireland. (Coughlan plays Clare, the “wee lesbian” of the quintet of friends.) The second was on a special holiday episode of “Great British Baking Show,” where she constructed a derby hat cake in tribute to “Cabaret” and then had a small-scale emotional breakdown wondering if she was going to offend Liza Minnelli since it didn’t turn out perfectly.

But it is “Bridgerton,” out Christmas Day, that will make Coughlan a household name, with her portrayal of the character’s resilience, vibrancy, and sharp wit certain to inspire repeat viewings. The relatability Coughlan brings to her characters is a constant in her work, no matter the time period, and no matter how different the milieus are for women when compared to the modern day.

“It’s what both draws me to characters and at the same time terrifies me,” she said. “I love to play characters — I’m not very good at playing versions of myself, so I much prefer to step into some shoes that feel very, very different. But there’s a fear in that, as well. Penelope is this cut glass English accent, and I’m from the west of Ireland and I’m not an aristocrat. I think it’s more fun to do something that scares you a little bit, that pushes you, that challenges you.” 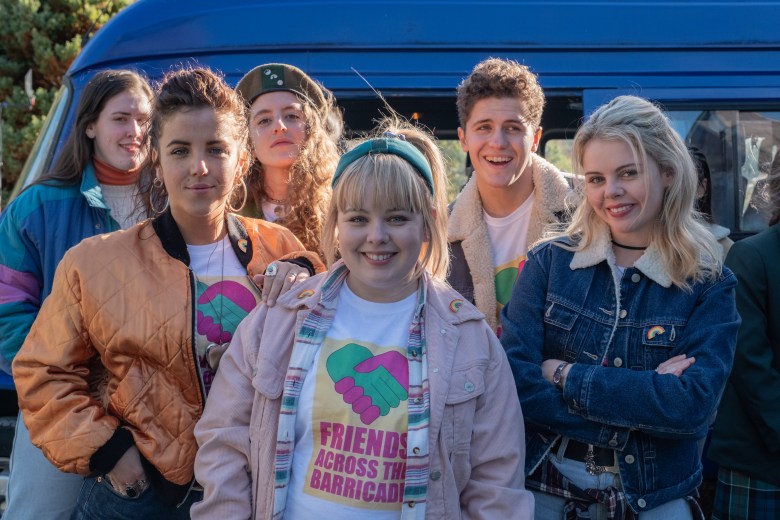 To make sure the proprieties of the “Bridgerton” era were proper, Coughlan said the cast relied on a historical advisor, Dr. Hannah Greig of the University of York, and she revealed how the stilted, formal vision we have of people of that era isn’t entirely accurate. All our communal memories of the Regency period are from novels and portraits — and for the vast majority of those representations, people were on their prim and buttoned-up best behavior.

In reality, Greig told them, they were slackers slouching around the house, drinking scotch, and smoking in the garden like the rest of us. “We were very lucky because the Bridgerton books are only 20 years old, and so we weren’t adapting ‘Pride and Prejudice’ or ‘Emma’ where there are a certain set of expectations,” Coughlan said. “It was sort of like there was free rein to have fun and create what we wanted Regency London to look like. It’s our version of Regency London, not the documentary version. It’s much more Technicolor.”

Penelope’s partner in crime in the series is Eloise Bridgerton, the big-brained, chatty second-eldest sister of the clan. Played by Claudia Jessie, the two’s rapport is refreshing in the woman vs. woman setting of the show, and also highlights the new money vs. old money class dynamics of the series. The relationship is so important, that a scene between Penelope and Eloise was used for Jessie’s first audition. The Bridgertons are established, and therefore can withhold Eloise for a year off the marriage market so as to not compete with her elder sister; the Featheringtons are in such straits that they have to debut all three sisters — and their country cousin — the same season. 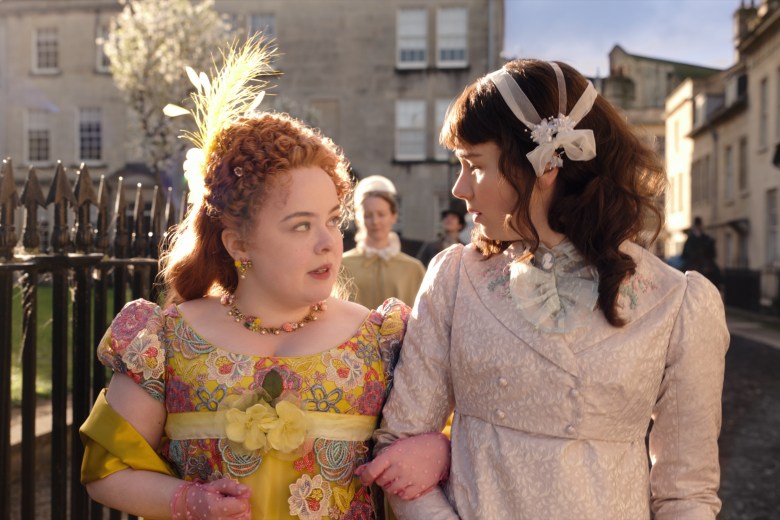 For Jessie, working with Coughlan gave an undercurrent of unbridled joy to the pathos of the bigger, more tenuous and vicious societal position in which the two characters exist. “We were really excited to show a really beautiful female friendship, no competitiveness, no jealousy, nothing but pure friendship that they had since childhood and will have forever,” Jessie said. “It is such a crazy time for those girls in this wild marriage market, where there is this bizarre ritual where they are casting for potential suitors — and they are not fully subscribing to what is around them.”

“Bridgerton” is based on the best-selling eight-book series by author Julia Quinn; this season of the Netflix show is mainly focused on the first book, “The Duke and I.” While there has been no word on a second season for the show, there are tendrils of information in the first that point toward the potential of a continued plotline for Penelope, who is the focus of the fourth book in the series. (No spoilers here, folks, but if you know… you know.)

“When I got the part, I went and started reading the books, and I read book four […] which I was very shocked by!” Coughlan said, and she met with directors of each episode to adjust her performance accordingly. “It was something I was very conscious of in certain scenes, even when the focus was on the Duke and Daphne. It was very fun to do.”

“Bridgerton” Season 1 is available to stream on Netflix.