A LOCKED down daredevil leaves the Britain’s Got Talent judges breathless on Saturday night.

Christian Wedoy is stuck padlocked underwater as he attempts to beat the record by Harry Houdini. 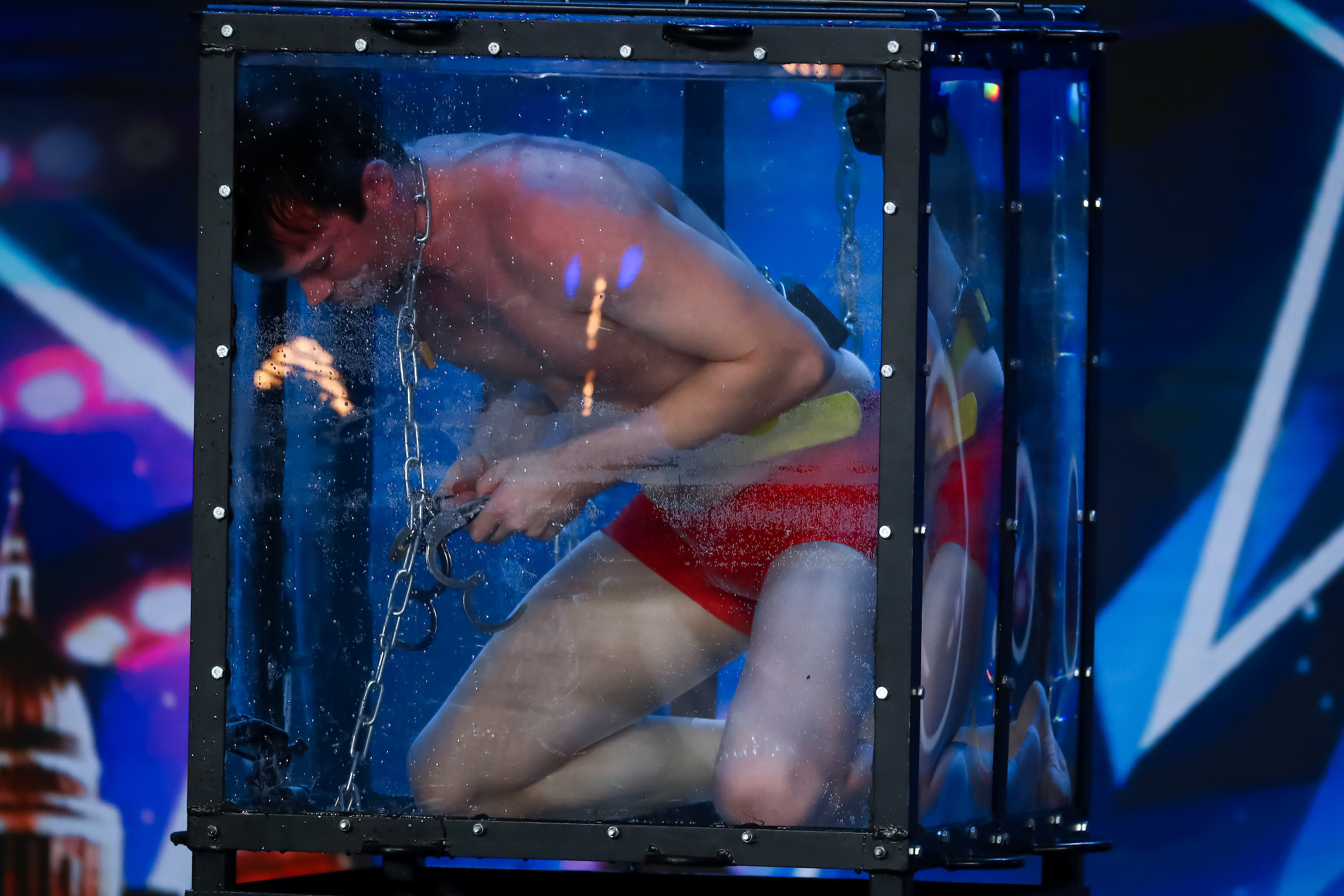 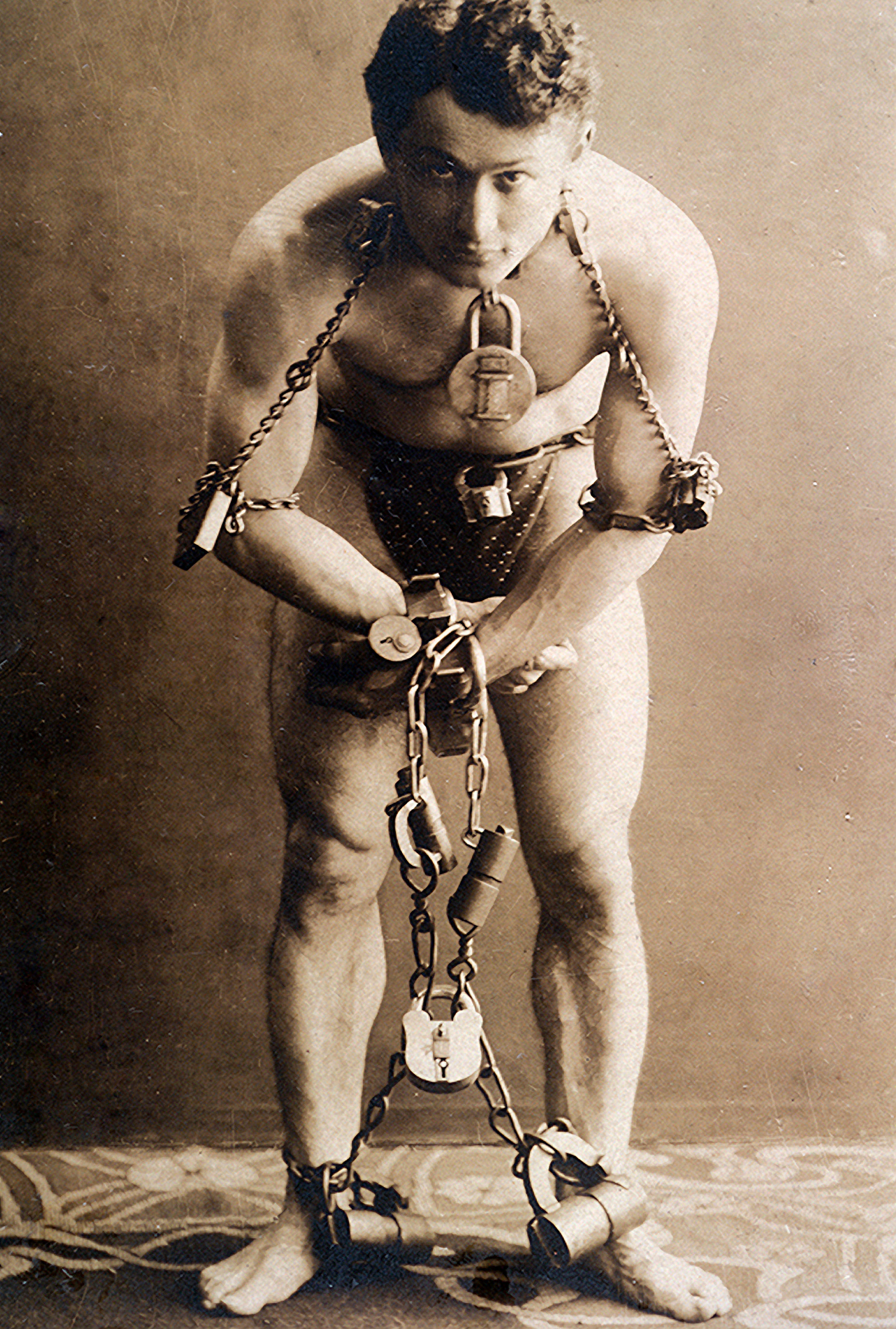 The Norwegian illusionist and escape artist tells judge Simon Cowell, 60: “Houdini’s record was three minutes 30 seconds and at that time, there is a possibility of dying.”

Christian is padlocked to the bottom of the tank by assistant Hans.

He then gives five keys to the judges.

Only one of five keys can open the lock and four are snapped in half with pliers. 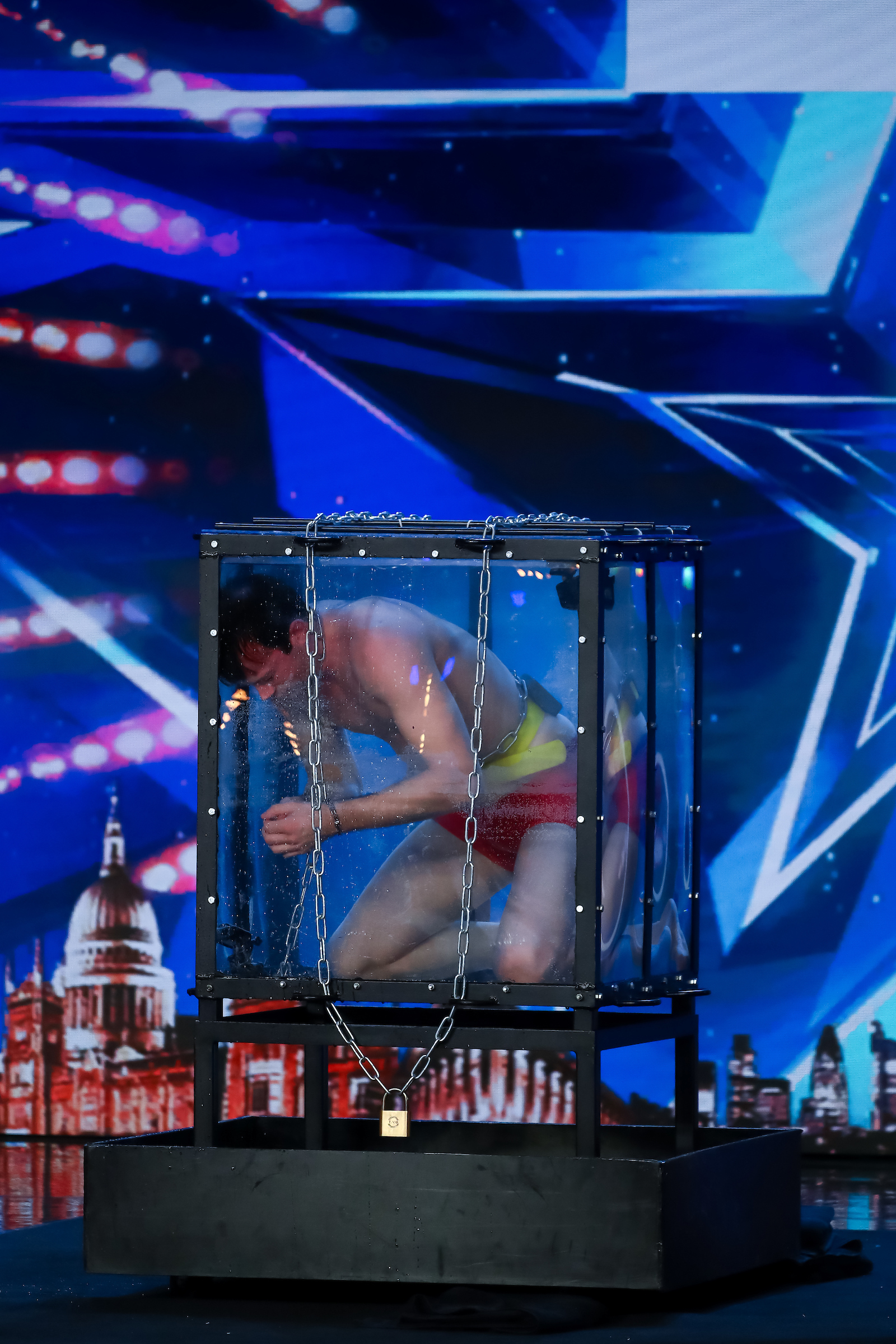 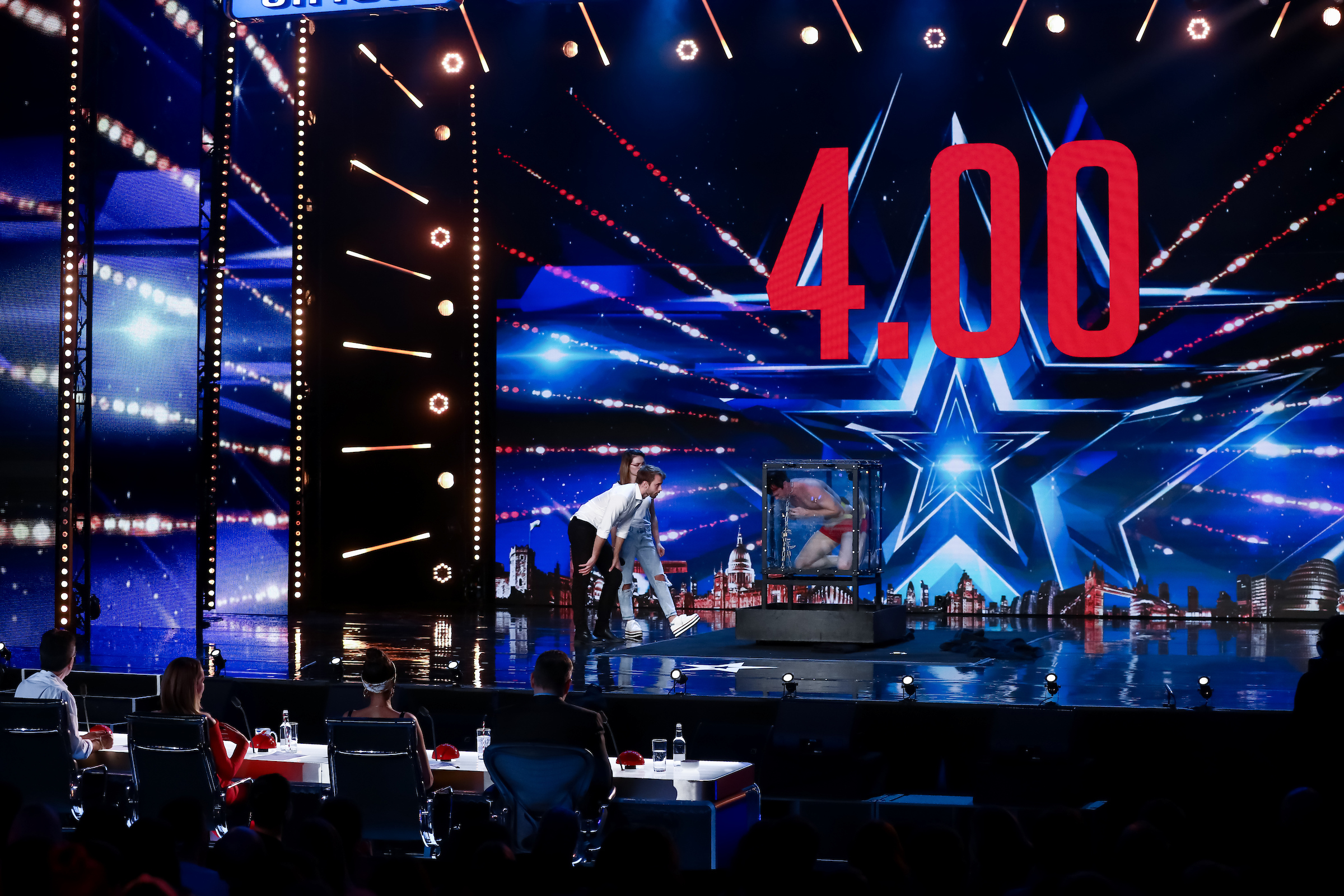 As the clock ticks beyond Houdini’s time, Hans tells the audience: “If we go over four minutes, we’re in a very bad place.”