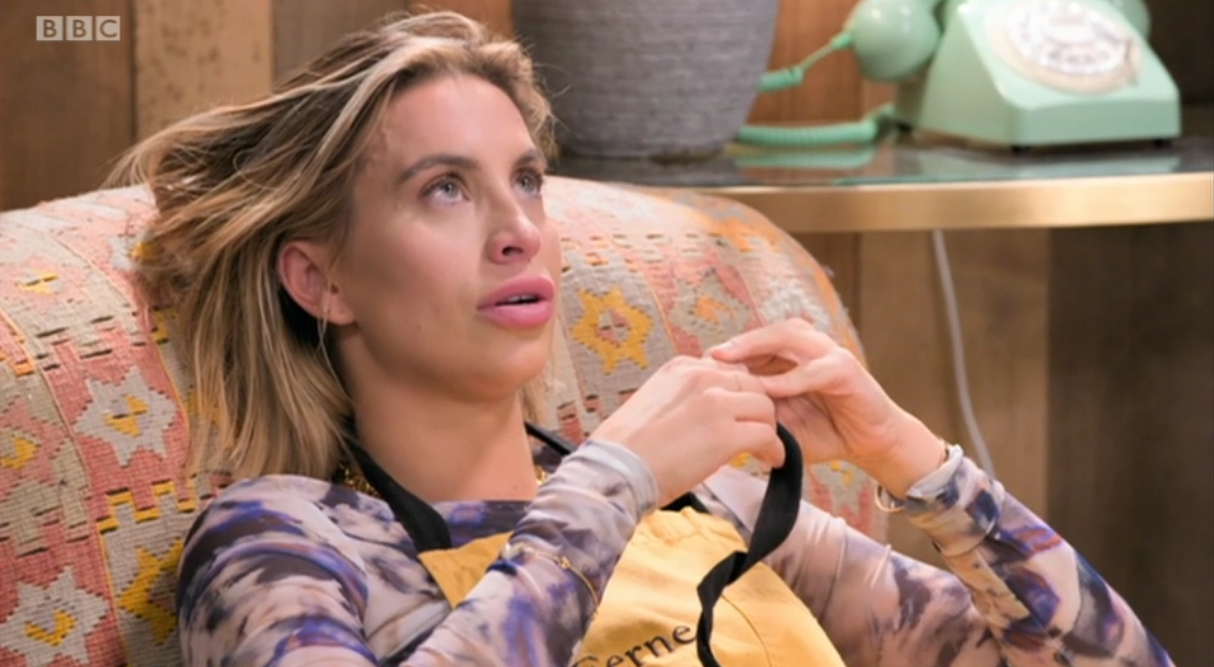 Ferne McCann missed out on a spot in the Celebrity Best Home Cook final after having a nightmare with her pasta dish.

In the emotional episode they were tasked with making their ultimate fish supper, a mushroom dish and lastly a pasta dish to decide who would be sent home.

Ferne gave her lemon sole dish a good go and presented a mushroom stroganoff in the second round.

However it was her ravioli that would see her crash out at the last hurdle, a technical challenge that was judged blind.

After falling behind with her timings she only ended up presenting three crab ravioli rather than the required five.

Ferne served up what she had made just in the nick of time and judge Mary Berry was impressed with how thin she had made her pasta.

Angela enjoyed the ‘smooth’ filling, but Chris was less impressed, saying there wasn’t enough of it and later finding a bit of crab shell in his food.

After deliberating the judges decided that Ferne would be sent home as she failed to complete the task correctly.

The TV star was gutted and burst into tears, saying: I’ve loved cooking for your guys and thank you so much.

‘I can’t stop sobbing and no one can cuddle me!’

She later said to camera: ‘My emotions got the better of me. Gutted.

‘This meant so much to me but I am so proud of myself.’

‘It’s gonna be a month of takeaways because I am all cooked out!’ she joked.

Her exit means the finalists are Ed, Rachel and Tom, who sailed through the last round after impressing with his fish dish and mushroom casserole which Chris described as ‘the best plate of food I’ve had in this competition’.