Kino Lorber has picked up the North American rights to Aaron Schimberg’s offbeat second feature “Chained for Life,” which premiered at the 2018 BAMcinemaFest. The film has enjoyed a robust festival run in the year since debuting, including screenings at the BFI London Film Festival and the Fantasia Film Festival, in addition to picking up a number of awards at other festivals, including Florida, New Orleans, Knoxville, and New Hampshire.

The Hollywood-centric dramedy both sends up and dives deep into questions about representation, diversity, and inclusion in a clever way. Bolstered by an aces cast, including indie darling Jess Weixler and “Under the Skin” breakout Adam Pearson, the film is both totally unique and incredibly necessary.

Per the film’s official synopsis, it stars “Jess Weixler as Mabel, a beautiful actress working on the set of an arthouse horror film being shot in an abandoned hospital that presents its able-bodied characters as heroes and its disfigured characters as monstrous inhabitants. The exploitation of the disabled characters in the film-within-a-film satire runs parallel to the less-obvious, yet still salient treatment of the actors who play them. Mabel bonds with and finds common ground with her gentle and disfigured co-star Rosenthal (played by Adam Pearson).”

IndieWire’s Eric Kohn wrote of the film that “as questions of representation swirl around modern cinema with a greater intensity than ever before, Aaron Schimberg’s fascinating, enigmatic ‘Chained For Life’ provides a remarkable new angle on the discussion. … There’s an extraordinary uncertainty to many scenes that call into question the nature of filmmaking itself, and the degree to which physical exhibition can lead to exploitative extremes, but Schimberg manages to pose more tantalizing questions than firm answers.”

He added, “In other words, a truly mesmerizing mind trip of a movie sure to leave audiences reeling and pondering its mysteries long after the credits roll.”

“I’m thrilled to be working with Kino Lorber on this release,” Schimberg said in an official statement. “‘Chained for Life’ is joining an outstanding catalogue that includes many of my favorite films in recent years and I couldn’t be happier that audiences will have the opportunity to see it in cinemas.”

The film will open theatrically in New York in August 2019, followed by a national rollout, and will be available on VOD and home video in the winter.

Check out the latest trailer and poster for the film below. 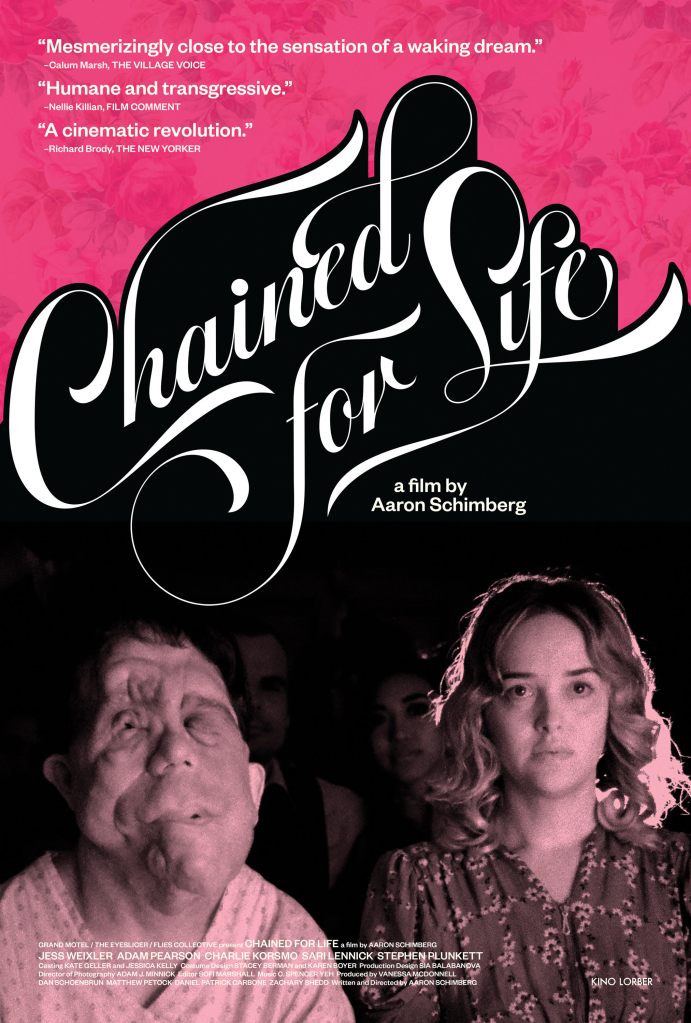