The Channel 4 chat show Steph’s Packed Lunch saw guest Chris Kamara make a joke about Piers Morgan’s Good Morning Britain exit two weeks ago. It came as Piers and the GMB team discussed the Oprah Winfrey interview with Meghan Markle and Prince Harry, where he and meteorologist Alex Beresford got caught up in a heated debate before Piers stormed off set.

Earlier this month, Piers refused to listen to Alex’s critique during a debate on the popular ITV news and chat show.

Viewers saw him leave his chair and walk off set, but he did return a few minutes later.

The controversial host then quit his role as Monday-Wednesday presenter and despite this happening weeks ago, it is still being talked about.

Ex-footballer Chris, who appears on the lunchtime show regularly, made a joke about Piers’ sudden departure during today’s edition of Steph’s Packed Lunch. 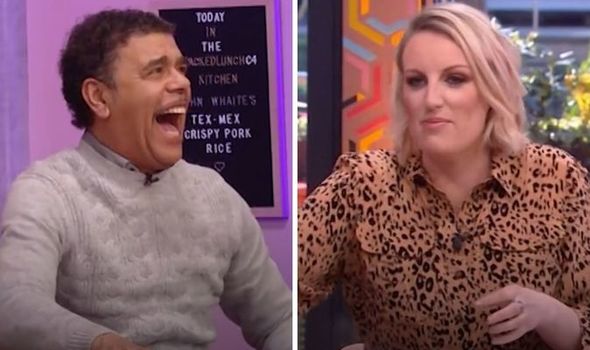 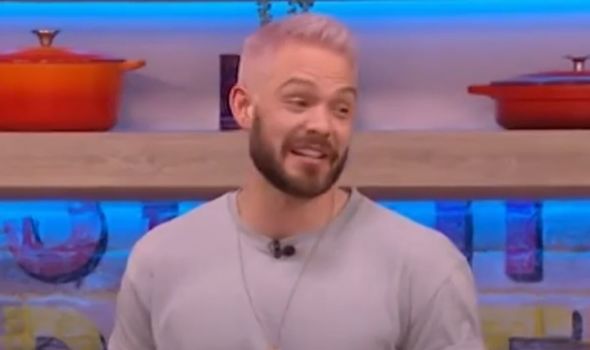 It came as chef John Whaite cooked Steph a meal, which she wasn’t quite feeling and he noticed, saying: “This is my second walk out of the day.”

Chris joked: “Who do you think you are, Piers Morgan?”

John quipped: “No, I’ve got much better taste than Piers Morgan.”

“It is lovely though, apart from the little burnt bits – it’s lush,” the presenter commented. 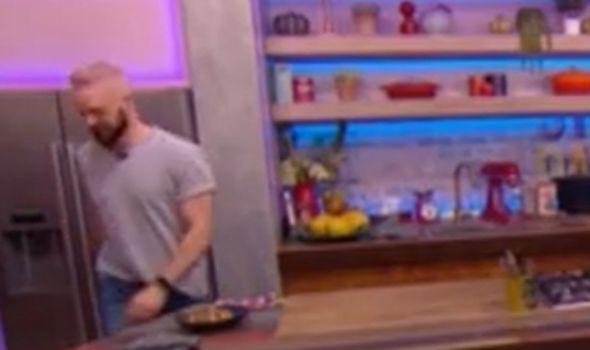 Earlier in the show, Steph discussed social media and death threats aimed at people in the public eye, which Facebook have said they allow because they don’t want to ban debate.

Addressing Chris, Steph said: “You’ve had death threats haven’t you?” To which he replied: “Back in the day, Steph, yes.”

He added: “My first game for Swindon was against Portsmouth, so on the Friday after training, the manager and the secretary called me into the office and said, ‘We’ve got two police officers here, they want to speak to you because police intelligence found out there’s a death threat against you from the National Front.

Speaking on the same subject, Katie, who is currently campaigning against online trolls, said: “I’ve had four kidnap threats, it’s the same people [according to] the intelligence that know it.

“I knew what they would do to me at knifepoint if they didn’t give me what they wanted. Even Carl’s [Woods, Katie’s partner] had it just for going out with me, they said he should be shot dead.

The group discussed the latest headlines before chatting with the guests about what they’re up to.

Recently on the show, Anton Du Beke was left “struggling” to present a segment, blaming the set layout.

Strictly Come Dancing star admitted live on air he was struggling through a feature, due to his eyesight.

The 54-year-old professional dancer admitted he was having trouble focusing on a member of the crew, who was standing behind the camera.

He complained they were standing too far away for him to see properly.

Anton spoke out after presenting a feature about the Queen and her new Corgi puppies.

“I have to say, that’s rather a long way away from me to be able to see that,” he said. “I’m struggling. I can barely see.”

“See what?” the presenter asked and he explained: “The fella over there with the shiny thing that’s pointing in my general direction.

Steph’s Packed Lunch airs on weekdays on Channel 4 from 12:30pm.