Rest assured, Conners fans: The Powers That Be have not forgotten about their promise to bring an original Roseanne character back to Lanford. It’s just taking a bit longer than we expected.

Which Roseanne Character Is Poised to Make Conners Debut? 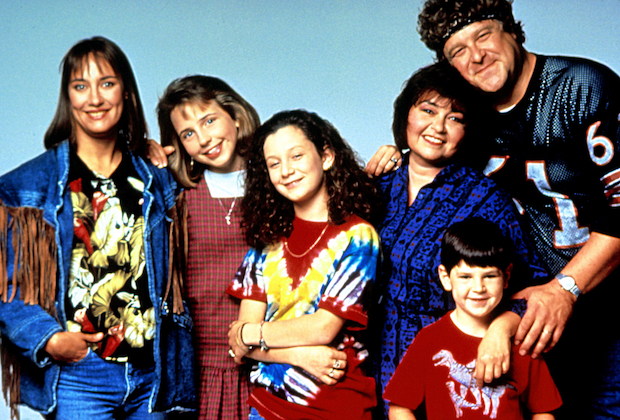 In September, executive producers Bruce Helford and Dave Caplan told TVLine that a character last seen early in the original run of Roseanne (1988-97) was poised to make their first appearance during Season 5 of the ABC offshoot. “I can’t reveal it, but there is someone coming from years’ past,” Helford said at the time. “I think people are going to be very surprised and go, ‘Oh s–t!’” Caplan also chimed in to say that it’s someone the “true fans are really going to appreciate.”

Two months later, Helford tells us that the big reveal is still on its way — though it may not come before the show’s holiday hiatus.

“Oh yeah, still happening,” the EP confirmed Tuesday. “I don’t want to tell you much… It could very well be after the first of the new year.”

But prodded some more, Helford offered us one more, not-so-insignificant clue: “It’s a man. And it’s not just a character, it’s the person who played the character,” he said. This would suggest that the original actor is set to return, and the role has not been recast.

So, who could it be? Since 2018’s Roseanne revival, we’ve had appearances by Johnny Galecki (as David), James Pickens Jr. (as Chuck) and Noel Fisher (who assumed the role of Ed Jr., last seen as a baby). We can also rule out Roseanne and Dan’s fourth child Jerry, and Jackie and Fred’s son Andy — neither of whom exists, as far as The Conners is concerned. Plus, neither offspring was introduced “early” in the original series’ run.

Three more episodes of The Conners remain — on Nov. 16, 30 and Dec. 7 — ahead of the series’ winter break, before Season 5 resumes on Wednesday, Jan. 11. In the meantime, review all the potential returnees we originally proposed here, then hit the comments and tell us who you think (or would like to think) is making their spinoff debut in Season 5.