Coronation Street’s Eileen Grimshaw (played by Sue Cleaver), has her work cut out as Mary Taylor (played by Patti Clare) and newcomer George Shuttleworth (Tony Maudsley) come to her with a very risky escape plan for her troublesome son Todd (Gareth Pierce) in upcoming scenes. They’re only trying to help, but actress Sue Cleaver revealed their scheme is nothing short of “horrific” in the “funny” ITV scenes.

It’s the most horrific and stupid idea she’s ever heard, and she tells them

They believe staging a hoax funeral for Todd is the only way to get gangster Mick Costello (Nick Bell) off his back for good, after he tried to con the wrong mark.

Unfortunately, the plan will go down like a lead balloon, despite the comedic pair’s optimism and confidence.

The scene is set to be the first time Eileen sets eyes on George, which could transpire into a budding relationship… or not.

The actress has teased a new romance for her character recently, but if George’s plan doesn’t work out it might be lights out already. 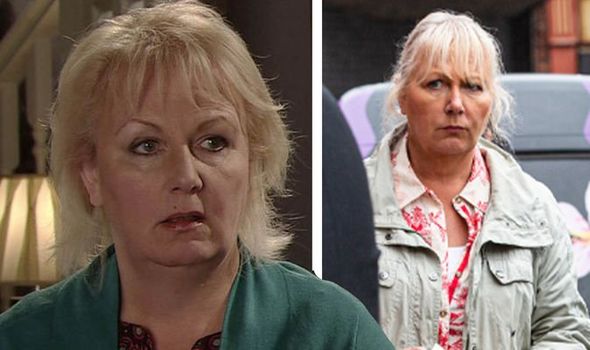 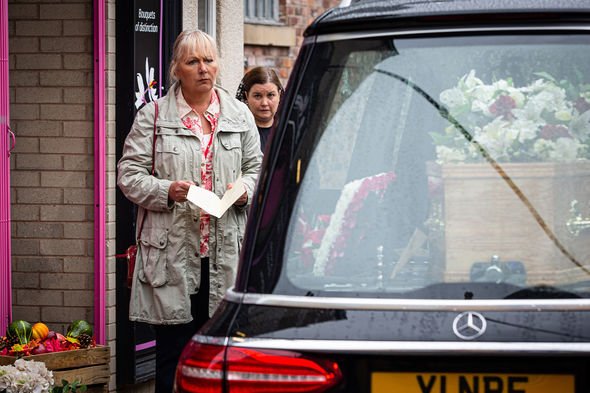 “She turns up outside the florists and there is the coffin and the flowers with ‘Todd’ written along the side, Mary is in a veil and they’re saying, ‘Right come on we’re going for the funeral now’.

Sue giggles as she told the Daily Star: “She’s just like, ‘Have you lost the plot?’ [It’s] the most horrific and stupid idea she’s ever heard, and she tells them.

She added: “They were very, very funny scenes to film.” 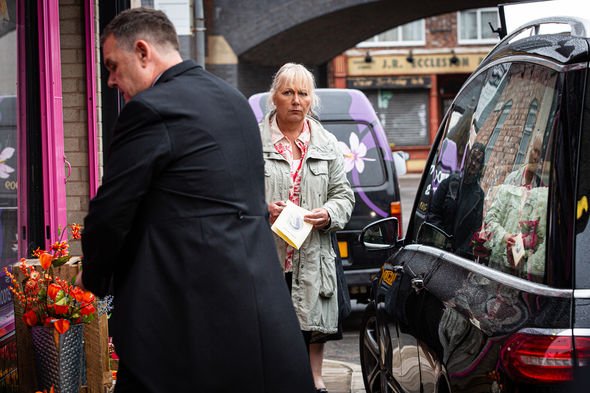 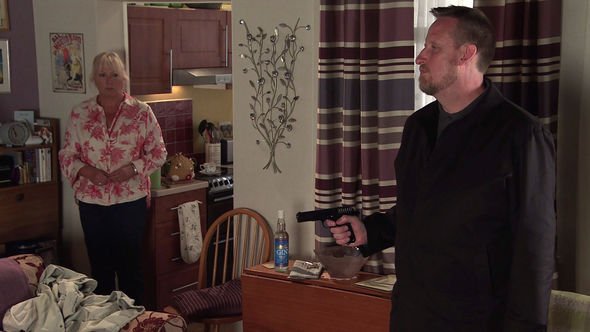 And the whole sorry affair gets worse, as Mick smells a rat.

Todd hasn’t been seen on the cobbles in a while after originally going on the run after punching a police officer back in 2017.

But it was recently revealed all charges had been dropped, which was good news for his family.

Now he’s back looking for help, he could get his mother in some serious trouble as he attempts to coax her into faking his own death.

Before Mary and George get wind of his predicament, Todd tries to get Eileen onboard by identifying a random body in the mortuary as him.

But she doesn’t go along with it, leaving her desperate son fuming.

We can kind of see where she’s coming from though…

Feeling guilt-ridden, Eileen fails in her mission and returns with bad news.

Furious, he tells her his only choice now is to flee and never come back.

Devastated, Eileen confides in Mary and that’s how the elaborate stunt comes about.

But when Mick arrives looking for his revenge, Eileen is once again in danger as he holds her at gunpoint unless Todd shows his face.

Things are about to get real dramatic on the cobbles!