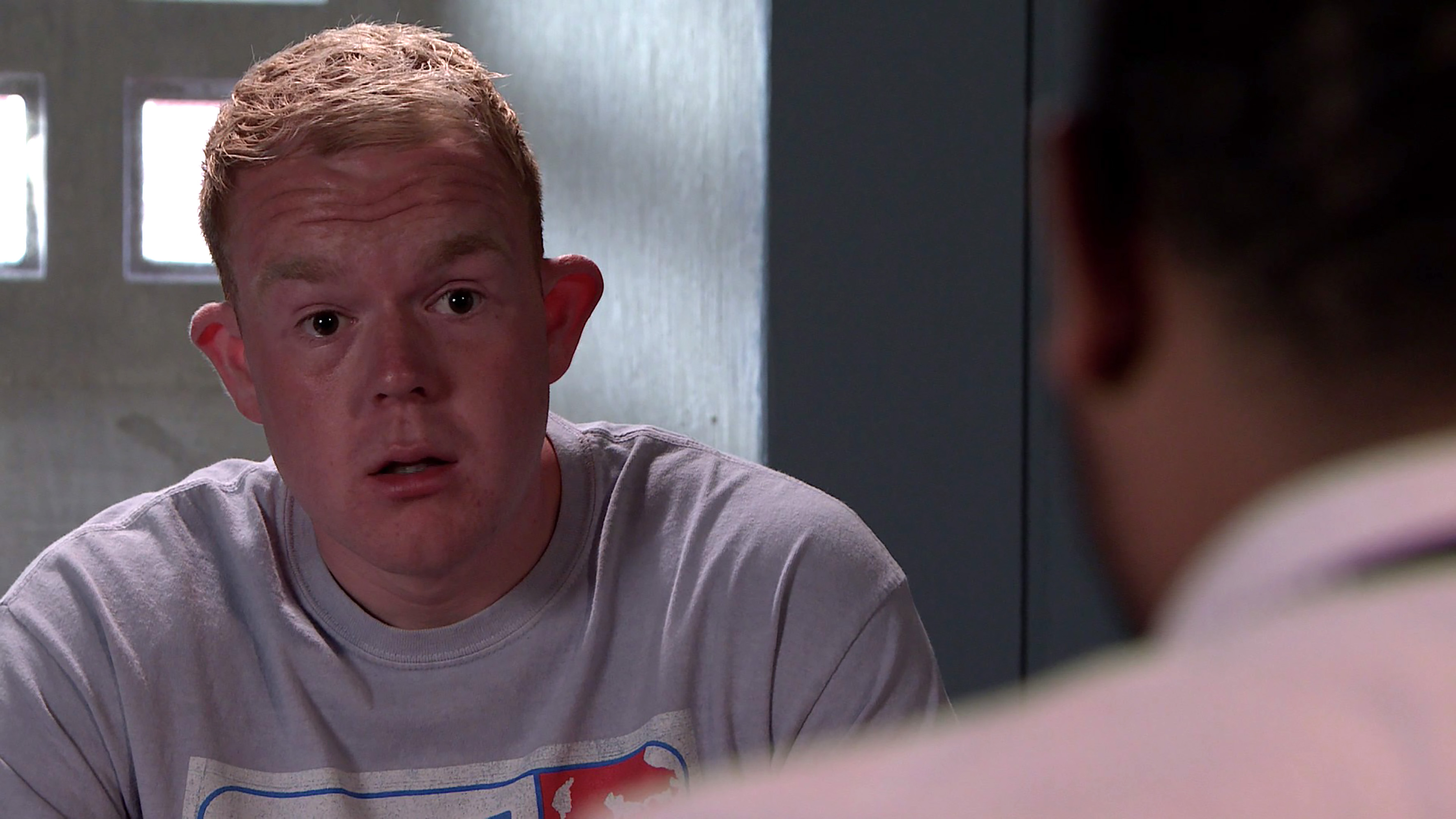 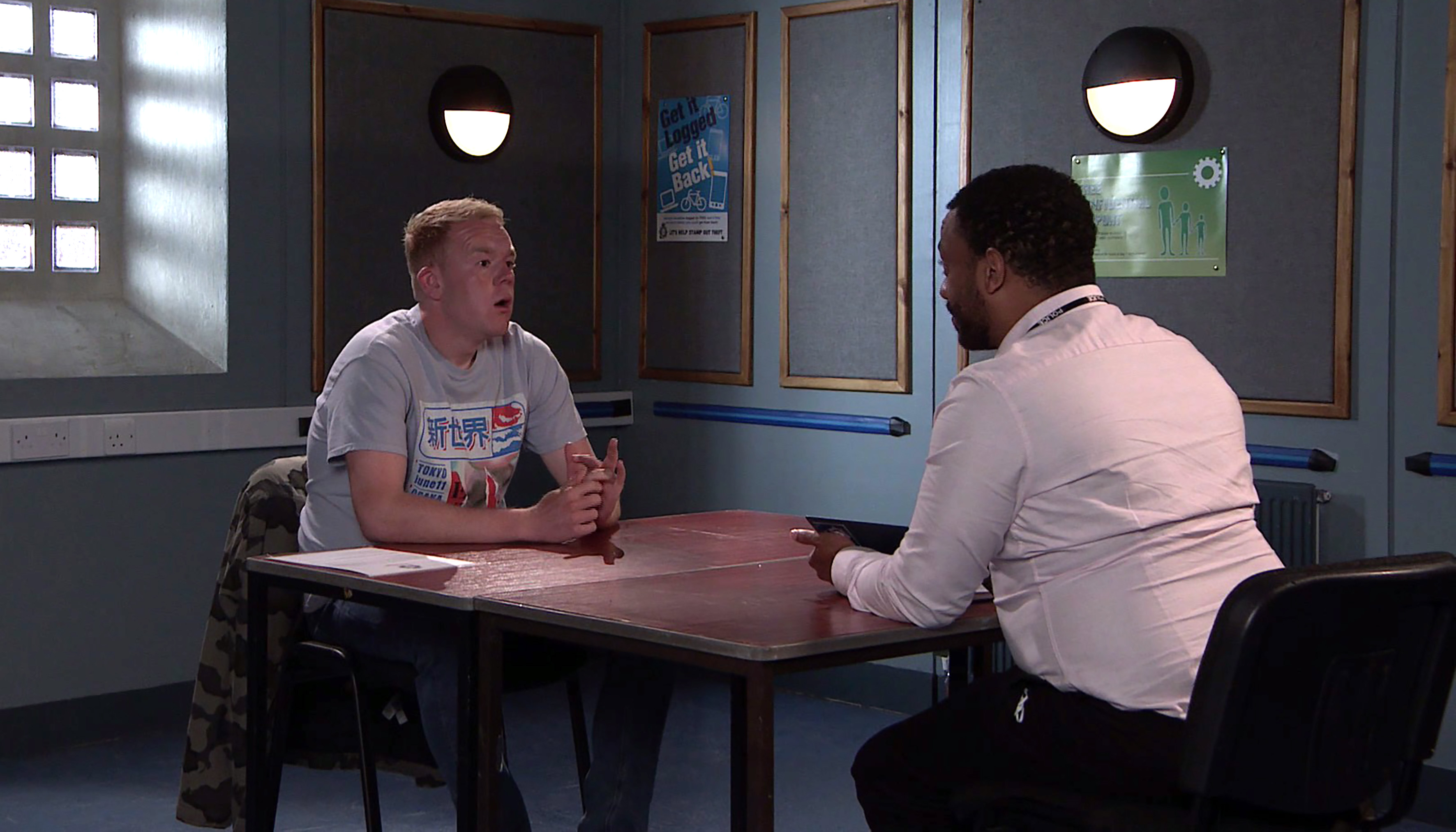 PC Brody pulled over James as he was taking a test drive in his fancy new sports car.

When he handcuffed James, the young footballer tripped and injured his leg, while Craig watched on.

Next week, James is frustrated when he’s told at the hospital that he’s not ready to return to football and tells Ed and Aggie that he’s going to chase up the police investigation.

Craig watches on with unease from across the street.

Later in the week, Craig assures James that the police investigation is underway and he’s told them he wants to be re-interviewed.

At the police station, Craig sets the record straight and admits that James was not driving dangerously – and that the brothers weren’t aggressive in any way.

James is far from grateful, pointing out that Craig should have told the truth in the first place.

Will James get justice after all?

Actor Daniel Jillings, who used to be a police officer in real life, took on the role of PC Brody.

The former officer with Greater Manchester Police is no stranger to the small screen, and fans may recognise him Hollyoaks, Doctors, Casualty and the World War Two film Enemy Lines. 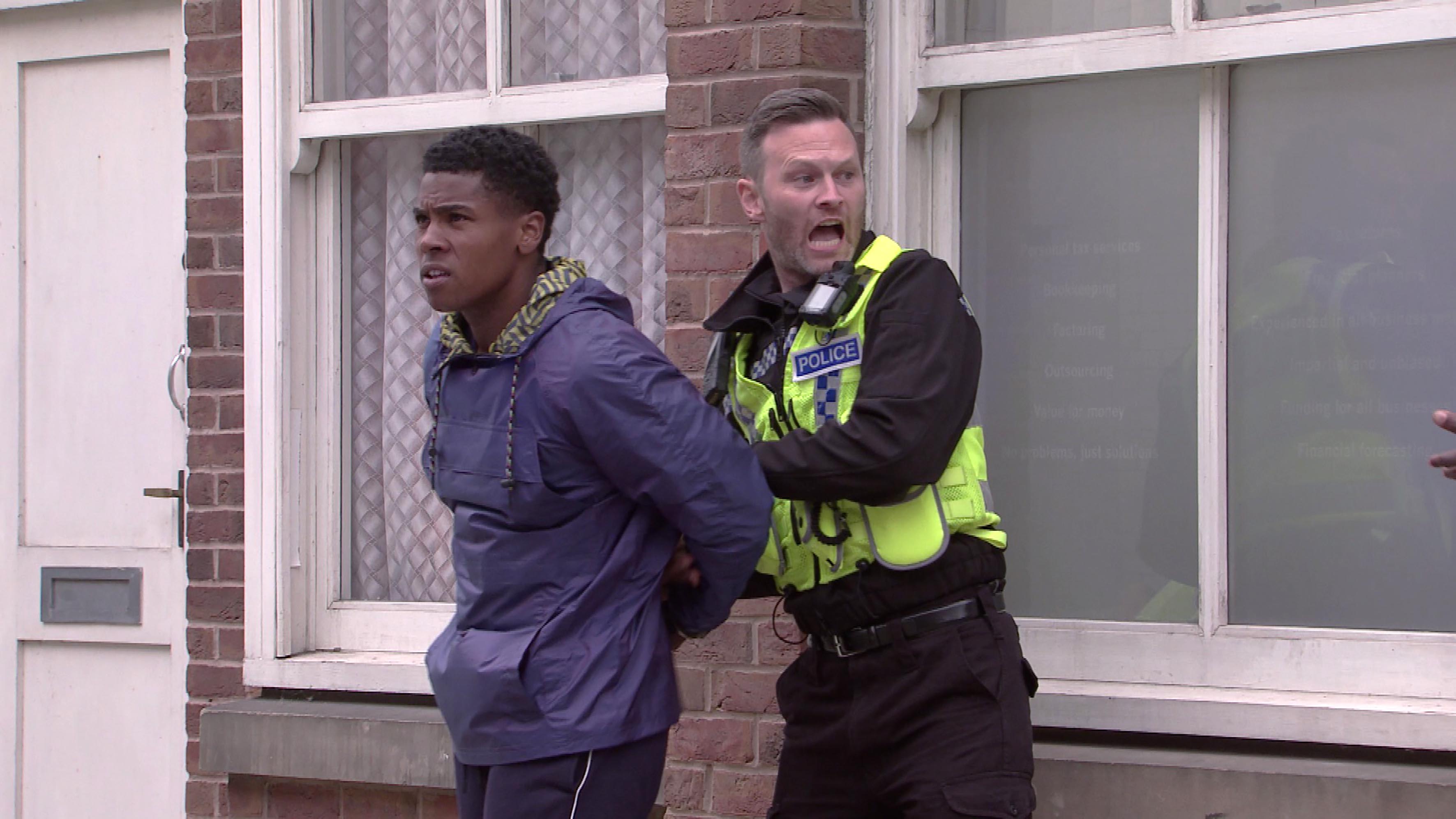