Yasmeen (played by Shelley King) was horrified when her granddaughter Alya Nazir (Sair Khan) revealed Geoff (Ian Bartholomew) had planned a date with a new girlfriend. Yasmeen begged Alya to warn his new partner of just how evil he is and to escape his clutches before it was too late. Unfortunately, Coronation Street villain Geoff was one step ahead of Yasmeen and Alya as he planned for the businesswoman to find him taking Dorris, a patient at Weatherfield General, out for lunch.

Alya was mortified when she realised Dorris was a friend of Geoff’s and not his new girlfriend like she had thought.

She was even more distraught when the police turned up at Speed Daal and accused her of harassing Geoff, warning her to stay away from him.

Meanwhile, Geoff had slipped away from his lunch with Dorris and headed off for his real date with new girlfriend Christine.

Geoff wasted no time in making sure Christine thought Alya was a nuisance and would not believe her if she turned up to warn her off. 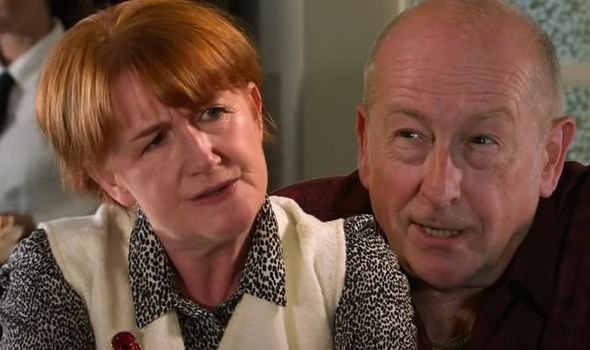 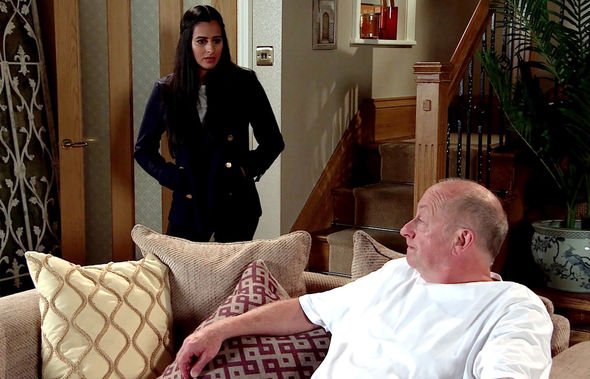 “I am so sorry I’m late, you wouldn’t believe the day I’ve had,” Geoff told Christine.

As he detailed how Alya had tried to sabotage his lunch with Dorris, he continued: “She belongs to my crazy ex-wife, a chip off the old block that one – mad as a hatter. She doesn’t give me a minute’s piece.”

Before Christine could probe him about Alya’s accusations, Geoff declared: “Let’s order a bottle of champers – my treat!

“You can’t come to a swanky hotel and keep counting the cost. Money is for spending my love, that’s what I always say and you are worth every penny.” 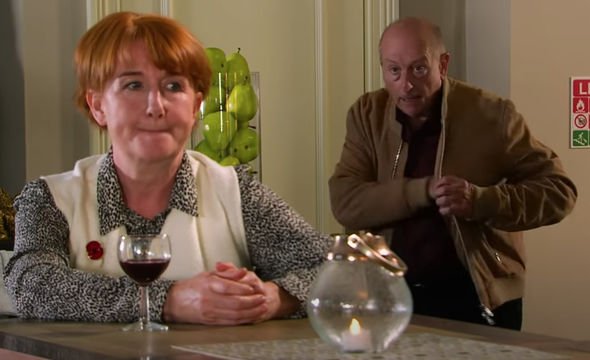 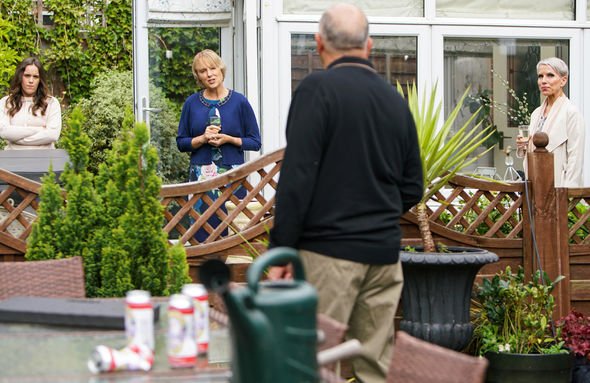 Fans know Geoff is using Yasmeen’s money to treat his new girlfriend and woo her in the same way he did with the Speed Daal chef.

As Christine watched Geoff head to the bar, viewers rushed to Twitter to express their concern for his next victim.

However, with Christine appearing calm and collected around Geoff, it could be suggested she already knows what she is getting herself into.

Is there the possibility that Christine is in fact an undercover police officer working to get evidence against Geoff?

The best way to get Geoff to open up about his treatment of Yasmeen would be to earn his trust and appear to join forces with him against Alya and Yasmeen.

With Coronation Street bosses promising Geoff will get his comeuppance, could plans for his downfall already be underway?

When he spots Sally and Tim enjoying a garden party without him, he will turn up his music and make digs about the family.

Tim loses it and throws cold water over his father while Debbie Webster (Sue Devaney) watches on intrigued.

She later sneaks next door to tell Geoff that Sally has been badmouthing him about his attack on Yasmeen, which leads to him taking a spade and attacking his family.

Coronation Street continues tonight on ITV at 7.30pm and 8.30pm.