Coronation Street spoilers: Peter and Carla won’t get back together – here’s why

Carla Connor (played by Alison King) and Peter Barlow (Chris Gascoyne) are extremely popular with Coronation Street viewers, but in upcoming scenes, the popular couple will be put to the test when Abi Franklin (Sally Carman) falls off the sober wagon and needs Peter’s help. According to the actor who plays the former alcoholic, it seems the rift that forms between Peter and his partner will be unsalvageable.

In upcoming scenes, Carla will refuse to listen to Peter’s excuses and he is dismayed by the rift between them.

Viewers will see Abi call into the Underworld factory to speak to Peter, but she meets with Carla and explains how he is heading for a relapse.

Later that day, Carla pulls Peter to the side and asks him whether he is okay.

He naturally brushes her concern off and together they realise they have grown apart, no longer sharing their problems with one another. 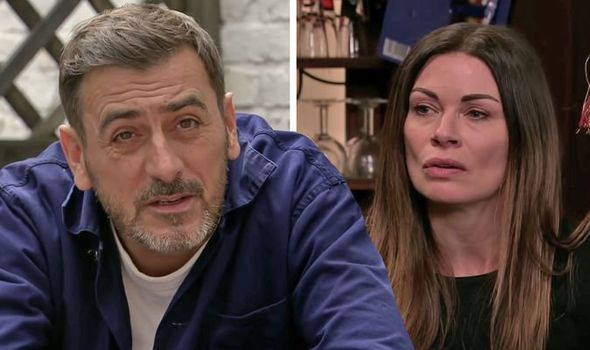 Instead of dealing with the issues in her own relationship, Carla decides to help Sarah Platt (Tina O’Brien).

She and Adam Barlow (Sam Robertson) are currently estranged, but Carla tries to summon up a plan to get them back together.

Talking to both parties separately, Carla realises they still love one another and tells Sarah.

Following on from Carla’s conversation, Sarah heads to the solicitor’s office to speak to Adam about getting back together.

As for Carla, seeing how Sarah and Adam spoke about one another has only highlighted how strained her own relationship is. 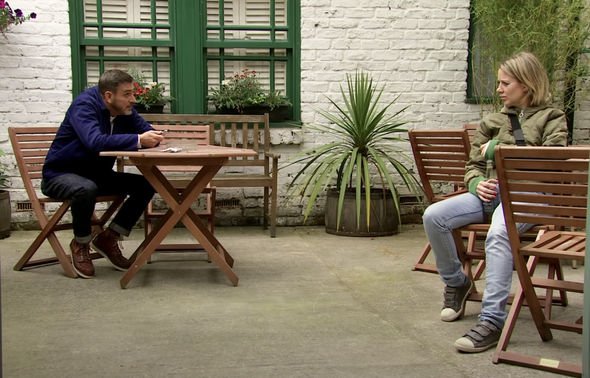 Will she fight for Peter once more?

Chris spoke about his current storyline and how Peter felt when Abi made a pass at him.

“He doesn’t see Abi in that way anymore and he feels they have moved on from what they had,” the actor said.

“And because he believes she is happy with Kevin he really didn’t see that coming. 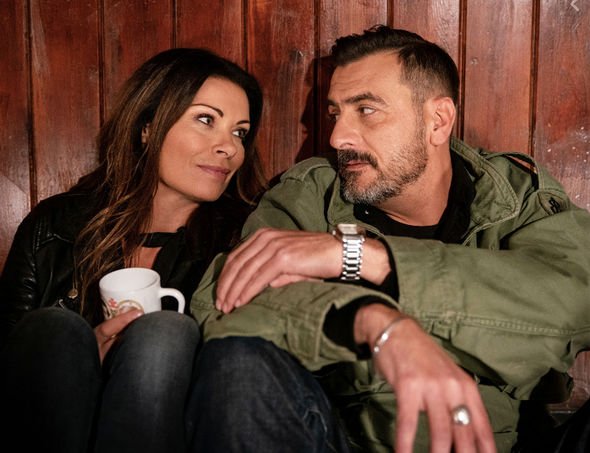 “That may be naive and he knows Abi well enough to know she is unpredictable but he was genuinely shocked and frustrated that this happened.

“He thought he was getting through to her and helping her but she saw it another way,” Chris added.

Did Peter ever consider telling Carla about what happened and then step away from the situation?

“Without a doubt Peter should have told Carla immediately and admitted he made a mistake trying to help Abi, but he thought keeping it quiet was the easiest route to take for everyone,” Chris replied.

“Once Debbie had told Kevin that she thought something was going on only to be followed by Abi and Peter walking into the pub together it is all downhill from here.

“Trust has been broken and Carla is furious.”

Does this mean Peter and Carla’s relationship cannot be saved?

Coronation Street airs Monday, Wednesday and Friday at 7.30pm and 8.30pm on ITV.