Coronation Street resident Kevin Webster (played by Michael Le Vell) is set to get a huge surprise in upcoming episodes when his sister Debbie Webster (Sue Devaney) arrives on his doorstep with a suitcase in tow, hinting she’s set to stick around for the foreseeable future. But with the character having been away for over three decades, there’s much to be unpacked about her time away and it won’t be long before fans of the ITV soap will discover exactly why she has made the move back to Weatherfield.

Debbie was last seen in Weatherfield late last year for a brief appearance, to announce to Kevin she would be gifting him a large sum of money.

This was due to the pair’s relative passing away and leaving them a healthy inheritance of £200,000 – which Debbie told Kevin she didn’t need.

But with the character having quite the impact during her short stint back, there will be much more to come from Debbie in the coming months.

However, when she suddenly arrives at Kevin’s and tells him she wants to stay with him, what will her motives be for coming back? 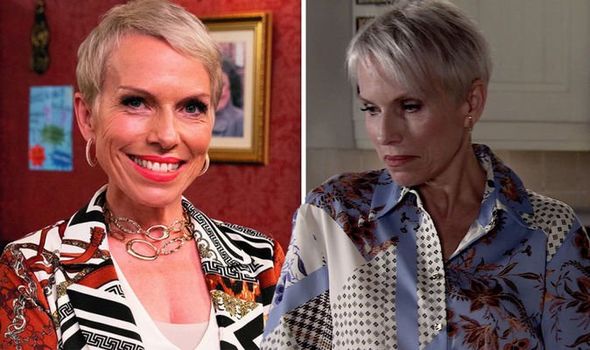 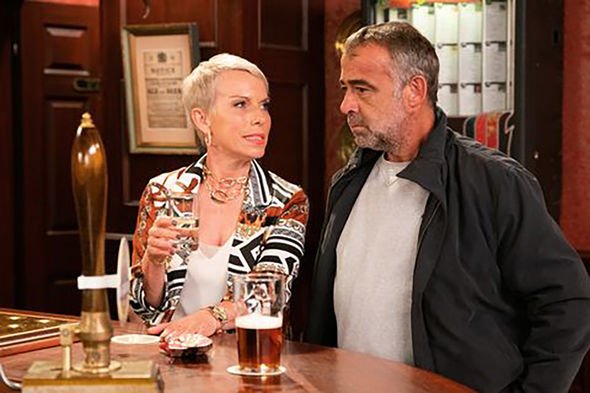 Speaking to Express.co.uk and other press ahead of her comeback, actress Sue Devaney explained why Debbie has decided to return after so long.

The star admitted: “I think business has brought her back, I think because of the situation where she lives in Turkey – she was missing her family.

“She’s very close to her brother and I think she wanted to be around family more and I think you do get to that age in life where you think, ‘Well, I’ve had all this stuff but I want to get closer to home.’

“I think the thing with Debbie is, she can go wherever she goes and she travels, does what she does – but she always comes back home.” 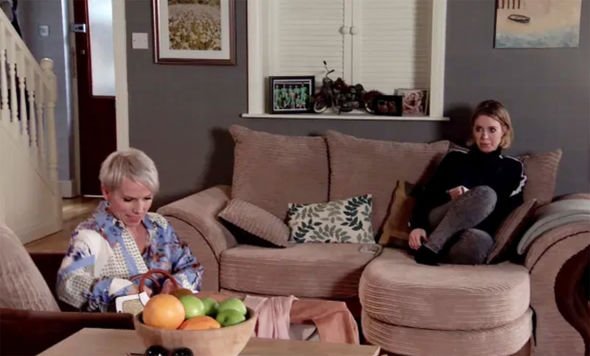 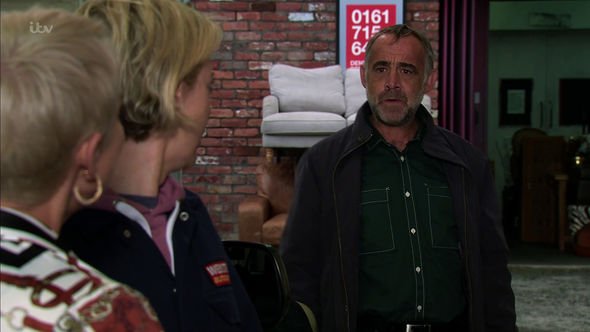 It looks like Debbie will be moving onto the cobbles for good as she looks to settle down around her family.

The actress noted: “She’s never forgotten where she’s come from and I think she finds comfort in that and I think this time around she goes ‘Oh, I quite like it here.’”

Long-term viewers will remember Debbie originally left in 1985 to move to Southampton and only moved in with the rest of the Webster clan for a few months.

Talking about what fans of the soap will see from Debbie, it seems will soon be making her mark on her fellow residents.

In particular, she quickly looks to get to the bottom of her beloved brother’s romance with Abi Franklin (Sally Carmen) and whether she is “good enough” for him.

Sue continued: “I think she’s going to do a few business deals and stuff eventually but I think she wants to make sure her brother is alright,

“She is seeing Abi now and I think she thinks, ‘Is she good enough for him?’”

It’s already been hinted there will be some tension to come between Debbie and Abi to come.

Sue noted the pair were two “very strong women” which surely paves the way for some clashes in the near future.

She commented: “I think that if Kevin’s happy, Debbie’s happy, but I think she doesn’t want Kevin to make a fool of himself again and I think she’s very wary of our bit just because of what she’s seen.

“I don’t think she dislikes her but I think she wants her to be honest and sincere with him and I don’t think at the moment Debbie thinks she’s very honest with him.”

Will Debbie end up finding something she doesn’t like about Abi upon her return as the latter is set to have a tricky few months ahead?