Sally (played by Sally Dynevor) has been busy sorting out her best friend Abi Franklin’s (Sally Carman) wedding to her ex-husband Kevin Webster (Michael Le Vell) of late on Coronation Street. In the midst of all this, Tyrone (Alan Halsall) has left his partner Fiz Brown (Jennie McAlpine) for a younger girlfriend in Alina (Ruxandra Porojnicu). Knowing what it feels like for your other half to have affair, the ITV soap stalwart has been full of sympathy for Fiz and expressed her distaste of Tyrone’s partner being at Abi’s wedding. However, did she also indicate a death could be on the horizon for one of the characters in the latest love triangle?

The drama began in this evening’s episode as Tyrone asked Abi to let Alina join in on the Hen Party in the coming days.

As her loyalty is with Fiz, the bride-to-be came up with an excuse to turn him down, stating it was a matter of numbers of who was attending.

What she wasn’t expecting the mechanic to reply with was that he was bringing his new partner along to the nuptials.

Kevin tried to explain he wasn’t going to be allowed plus one but his best man was too tied up with his plan to make Alina feel comfortable on the big day.

There was only one person Abi could let her frustrations out at and that was Sally, who also wasn’t impressed with the latecomer joining the wedding party. 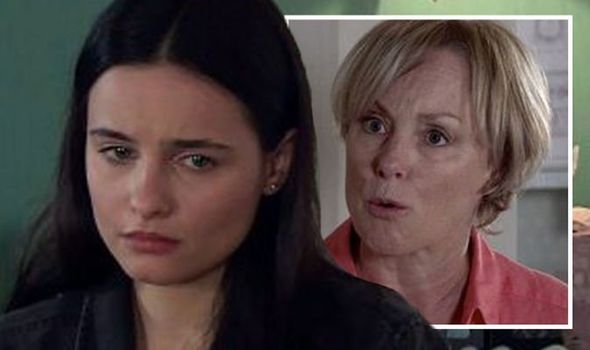 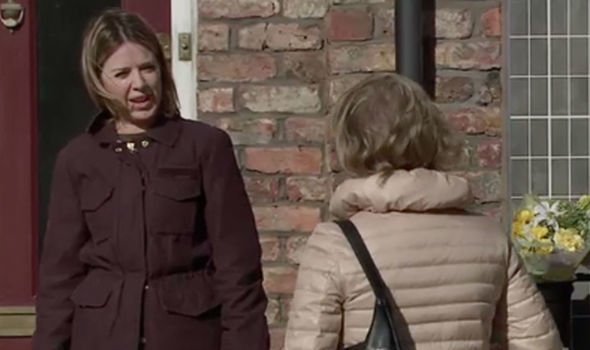 “They were the happiest days of my life, my wedding days,” Sally commented before Abi said: “I am never, ever, ever doing this again.

“It’s the stress thanks to Tyrone. Guess who he is having as his plus one? Not that he had a plus one because him and Fiz were invited.

“You don’t just automatically get a rollover, do you?” she continued with the stalwart asking who he was bringing.

Reading the expression on her friend’s face, Sally gasped in horror as she added: “Not Alina. Surely not?” 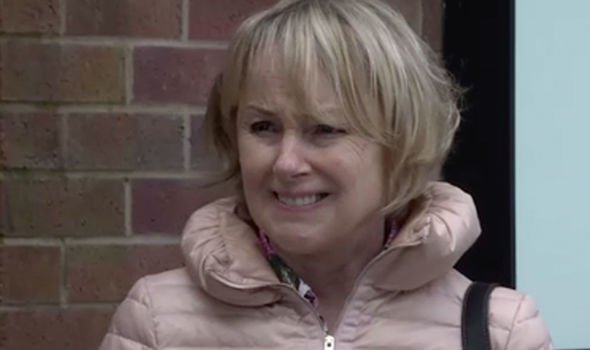 “What about poor Fiz? How selfish. You’re not allowing that surely?” the stalwart continued to ask the bride-to-be.

“Kevin was meant to tell him no but he just stood there,” Abi replied, with Sally telling her: “Kevin needs clear instructions or else he will just do whatever is easiest.

“Do you want me to tell him?” the factory worker asked her friend, before adding: “I’m not just the celebrant.

“It doesn’t make me neutral. I’m team Fiz and this will ruin her day and if it ruins her day, it will ruin my day.” 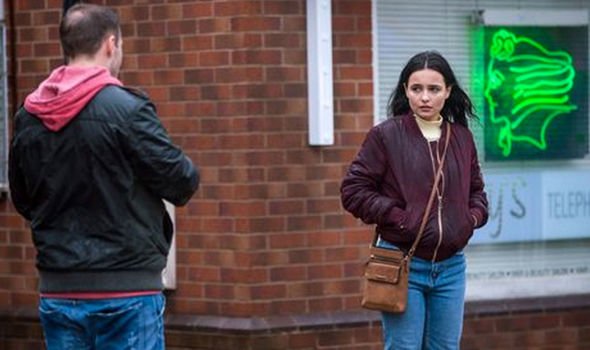 Towards the end of the second episode, Sally found it hard to bite her tongue and told Tyrone about her dislike for his new relationship.

“When did you turn into such a selfish man?” the stalwart barked at the man who walked out on her friend Fiz.

Sally then berated Kevin as she told him he should have sided with Abi over her decision not to allow Alina at the wedding rather than sticking by his best friend.

“I don’t know why I’m surprised. Kevin knows all about running off with a younger woman and beggar the consequences.”

With this comment, Sally was referring to the affair her ex-husband had with Tyrone’s ex-wife, Molly Dobbs (Vicky Binns).

Their passionate affair led to the birth of Jack Webster (Kyran Bowes) and tore the two relationships in two when the fling was exposed.

Unfortunately, a tram crash in 2010 saw Molly killed as the affair storyline came to a heartbreaking conclusion.

However, by referencing Kevin’s infidelity all those years ago, it could be Sally was suggesting Alina could meet the same fate.

Tyrone’s current girlfriend could be involved in an accident that results in her deadly exit from the cobbles as history repeats itself.

After betraying and hurting Fiz so badly, the mechanic will be devastated as he not only loses his girlfriend but his former lover, too.

This would have been the same way Kevin felt when the mother of his son and his wife both left him in very different ways.

Sally’s comments have initially led to Tyrone resigning as Kevin’s best man but will the lasting consequences of his affair have tragic results?