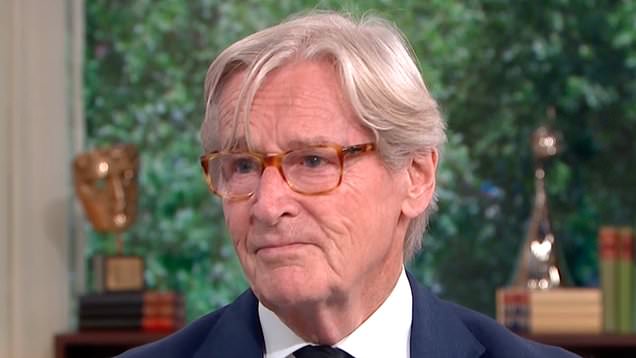 Coronation Street icon Bill Roache is reported to have signed a new contract with the ITV soap worth £250,000, which will see him stay put for another year.

The 90-year-old star has remarkably been with the soap since its first episode back in December 1960, and 62 years later it looks like he has no plans to leave anytime soon.

His pay was said to be £70 a week when he first started, but over the years and through his work making Ken Barlow a staple of the street, it’s since risen dramatically.

The actor, who earlier this week was presented with an OBE for services to drama and charity by King Charles, is said to have signed on to remain with Corrie in a deal thought to be worth £250,000.

He’s certainly been kept busy in Weatherfield of late, after two-timing old flame Wendy (Roberta Kerr) with glamorous Martha (Stephanie Beacham), who offered to whisk him away to live with her in Hull.

He made reference to the storyline when chatting with King Charles at his investiture ceremony, recalling: ‘He said: “Not still working are you?”; I said: “Yes, just had two ex-girlfriends on the show.”

It looked to be the end of an era as Ken initially agreed to leave with Martha in a Christmas exit storyline, after letting her think he ditched Wendy to be with her – when he had, in fact, been dumped by Wendy after she caught wind of things and realised she actually no longer had a spark with him.

He was then humiliated when both ended up snubbing him.

A soap source told The Sun: ‘Ken Barlow has been at the heart of Coronation Street since it started 62 years ago and that’s not changing any time soon.

‘And as we’ve seen with his recent love triangle storyline, he’s no plans to slow down.’

They also teased that bosses have ‘big plans’ for his character next year.

Although Bill already holds the world record for the longest-serving TV star in a continuous role, he has another in his sights.

Speaking to The Mirror earlier this year, he said that he wanted to be the first centenarian still cast in an ongoing drama, adding: ‘That’s my aim, to be 100 and still working on ­Coronation Street.’

Metro.co.uk has contacted reps for Bill Roache and Coronation Street for comment.