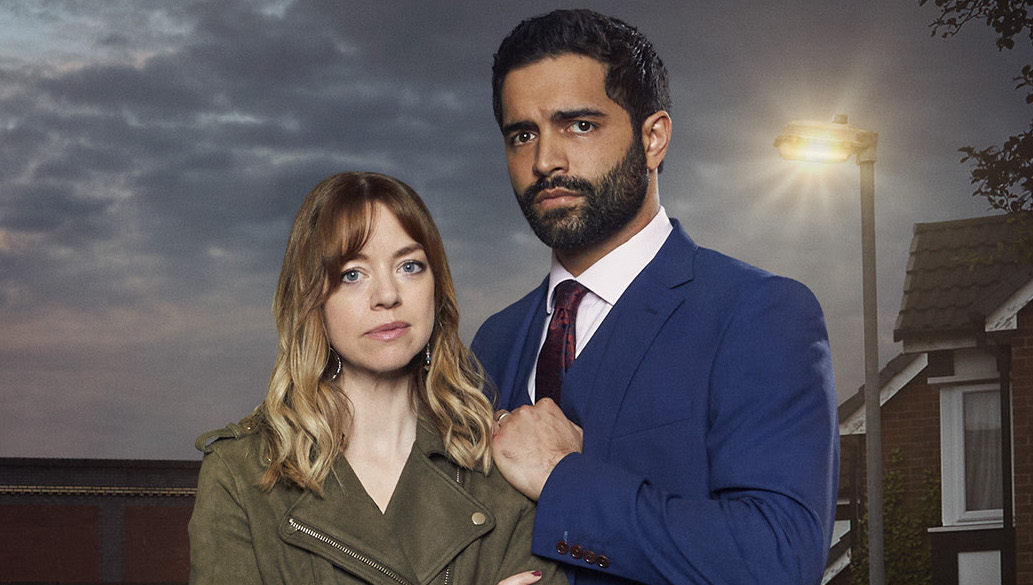 Coronation Street star Georgia Taylor has revealed that she will be ‘heartbroken’ to say goodbye to co-star Charlie de Melo when he leaves the show.

It was revealed earlier this year that cast member Charlie, who plays Imran Habeeb, is set to exit the ITV soap after five years in the role.

‘I adore him, he’s been an absolute dream,’ she said. ‘We’ve been together on screen about three-and-a-half years. The last year, since Seb’s trial and Kelly being on trial for murder, has been pretty consistently busy!’

The actress added that Charlie is ‘funny’, while also telling us that he’s incredibly supportive to work with.

‘He is one of the most supportive people I’ve ever worked with,’ she said. ‘He knows if I have a big day he texts me and asks how it went.

‘He’s a really team player. And look at him, there’s no complaints there either, he’s beautiful!

‘I’m so excited to see what he’ll do next. The opportunities will be endless for him, I think he’s going to fly!’.

The way in which Imran leaves the street remains to be seen, but given his appalling behaviour as of late, it’s likely that he’ll have little reason to stick around when the truth comes out, as it’s possible all of his loved ones will turn against him.

Speaking of the truth, Toyah finds out about Imran’s lies next week!

‘Imran gets to a point where he decides to come clean to Toyah, all to do with Abi having a plot to kidnap Alfie,’ explained Georgia. ‘When Toyah finds out, she says she’ll go to the police, but Imran knows he’s also done something bad.

‘Then there is an internal battle for him. He needs to stop Toyah going to the police – that starts off a chain of events where we find ourselves in this incredibly dramatic week. How is Toyah going to react when she finds out this news?’

That is the question, isn’t it!

Imran’s lies, however, are soon the least of Toyah’s worries, as a devastating car accident soon ensues, leaving both husband and wife in serious danger.

‘We felt like we were doing our own little film for a week!,’ added Georgia, describing filming the scenes on-location. ‘It’s Corrie, but it feels different – like an exciting short film!

‘Everyone pulled together. There was a lot to do, and it was an ambitious schedule but we got through it. It felt exciting and a privilege to be a part of it!’

We can hardly contain our excitement!