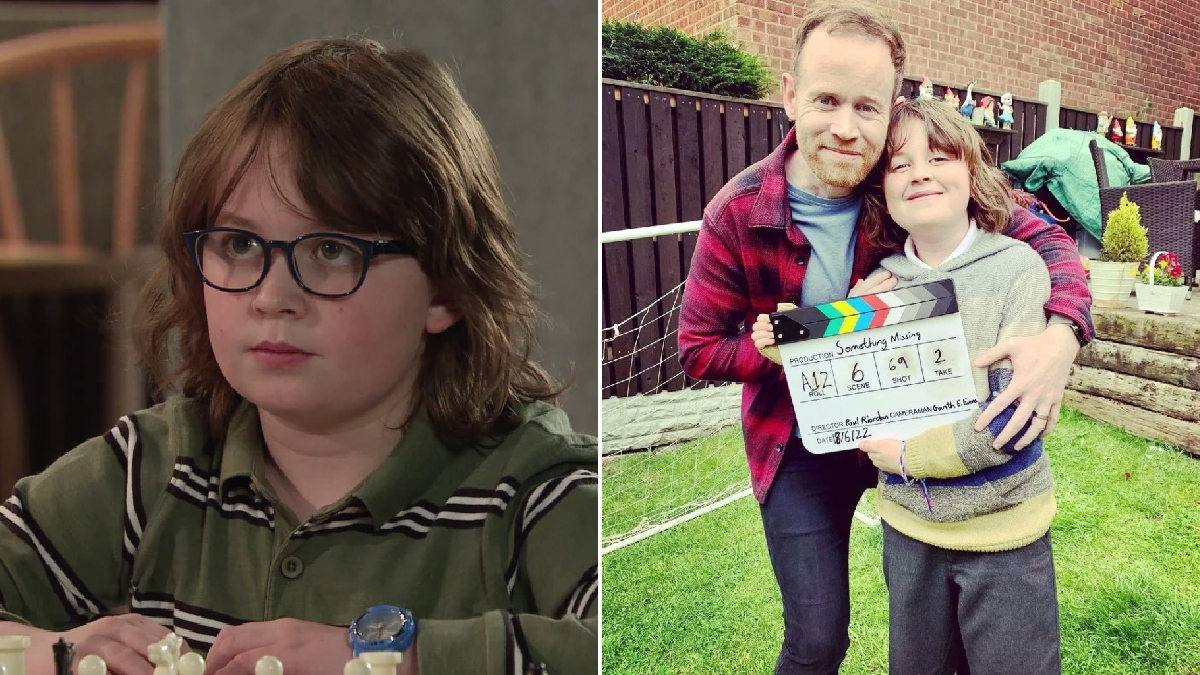 Coronation Street star Jude Riordan recently stepped away from filming on the cobbles for a new short film.

Created and written by Casualty’s Michael Stevenson, Something Missing follows the life of Sean (Jude), an 11-year-old boy who cares for his mother (Emma Davies), who’s living with young-onset dementia.

The short film observes the close relationship between mother and son, but also the pressure young-carers often face.

After hitting the Kickstarter target, filming soon got underway for Something Missing, which has been directed by Paul Riordan – who’s also worked on Coronation Street, Casualty and Hollyoaks.

And just so happens to be Jude’s dad!

In a new social media post, Jude – who plays Sam Blakeman in the ITV soap – shared a handful of behind-the-scenes pictures alongside Paul, Mike and the rest of the cast and crew.

He wrote: ‘And that’s a WRAP on my first short film Something Missing. I can’t wait to see this finished film! 4 long days to get it all in. Had the best time with the best team! First project w my dad and first project with Mike Stevenson. Would I do another YES. This is a story very close to our hearts, a young carer Sean looking after his Mum Suzanne with early onset Dementia. A story that is life for many young carers and needs to be told.’

Creator, producer and writer Mike Stevenson has played the role of paramedic Iain Dean in Casualty since 2012.

Most recently, Iain landed himself in danger after promising a former patient he will find his sister, who was being held captive by a modern slavery gang.