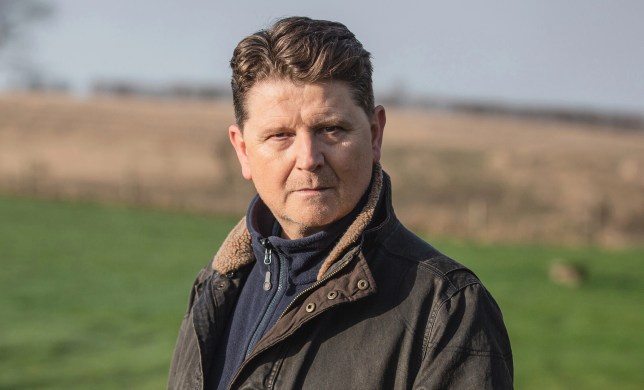 Former Coronation Street and Emmerdale actor Reece Dinsdale has revealed that he’s invested all of his savings and has been left ‘without a pot to p*** in’ as a result.

He has no regrets, though, as the investment was in what he calls his ‘dream machine,’ a swanky new camper van in which he says ‘the dreams are now endless!’ He posted these comments on Twitter along with a picture showing the camper van parked up next to a scenic lake with mountains in the background.

Joe was Gail (Helen Worth)’s fourth husband and an early victim of evil loan shark Rick Neelan (Greg Wood). To try to get out of his debts he planned to fake his own death by drowning in Windermere lake, but ended up killing himself for real.

Since leaving that role, Reece has mainly focused on directing, with several episodes of both Emmerdale and Coronation Street under his belt. His most recent Emmerdale episodes air this week and he’s very proud of them.

Iâm off to try to get some kip. Start shooting a new block of Emmerdale early tomorrow.
No matter how many times you do it, youâre always a little nervous & apprehensive for your first day.
I guess itâs a good thing. The day I donât feel thatâ¦ will be the day I give it up. ð¤·ââï¸ pic.twitter.com/OEyZEEj9NL

‘For those of you who enjoy your Emmerdale, you might be interested to hear that the two one hour episodes that I recently directed will be shown on Tuesday and Wednesday of this week. I’m very proud of them. Hope you enjoy!’ he posted on Twitter with a gorgeous snap of the Dales scenery. He also revealed that he has some nerves when he’s about to start a directing job.

‘No matter how many times you do it, you’re always a little nervous & apprehensive for your first day. I guess it’s a good thing. The day I don’t feel that… will be the day I give it up.’

If he ever does give it up, at least he’ll have his ‘dream machine’ to enjoy some adventures in.