WHEN Coronation Street started in 1960, some critics predicted it would be off air within three weeks.

But with the soap marking its 60th year next month, it is still going strong — running to six episodes a week and with an audience of millions, a cast of new faces and some very familiar ones too. 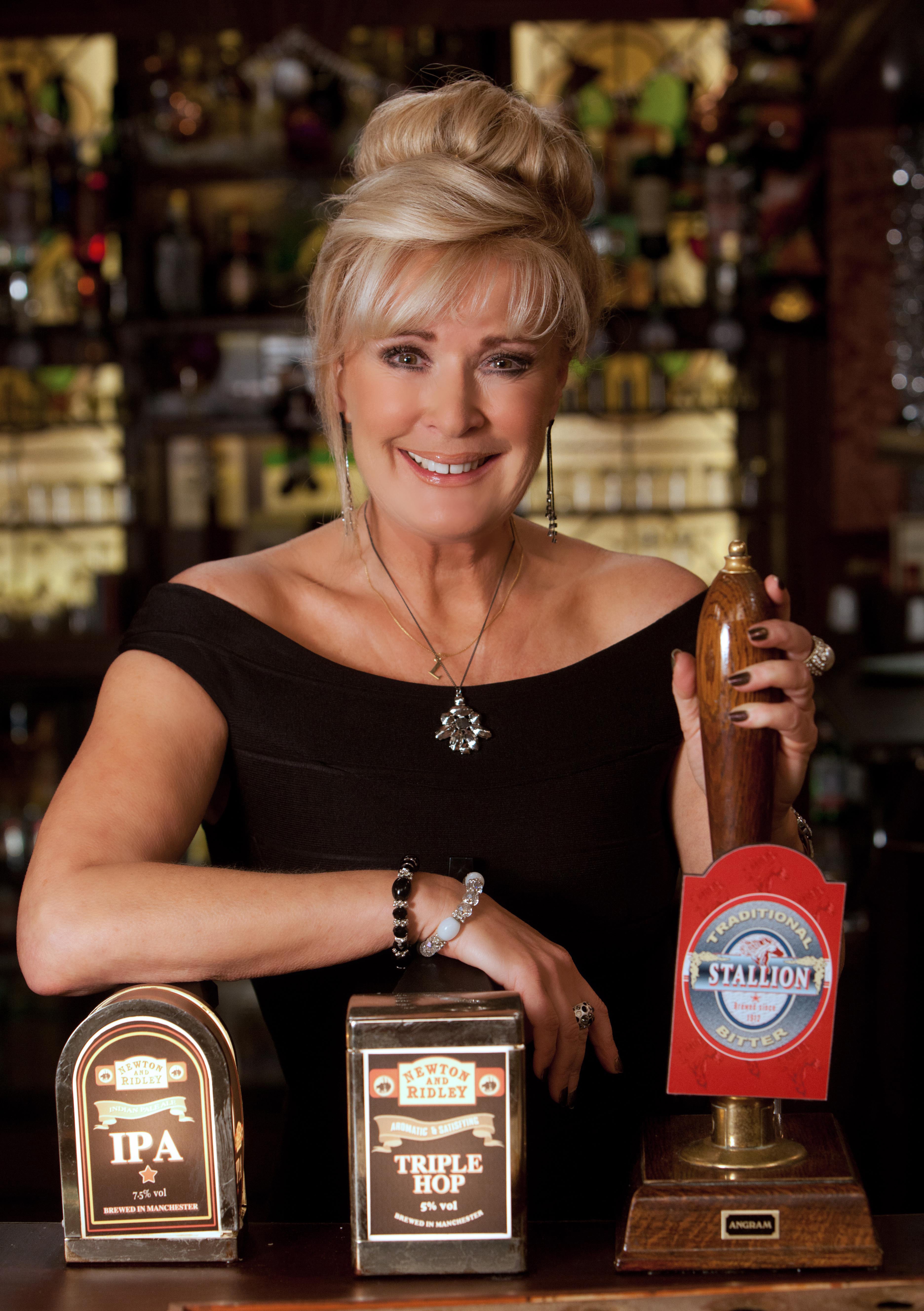 And few have seen as much of the screen drama as cobbles icon Beverley Callard — who predicts we will be celebrating another huge Corrie milestone in 40 years’ time.

In an exclusive interview to mark the start of Corrie Week in The Sun, Beverley — who plays former Rovers Return landlady Liz McDonald — said: “That would be amazing. I don’t see any reason why not.

"It depends on the accountants, but the show should be put before anything. If I were in control, that’s what I would try to do. I think it will continue.

“Today, people not tuning in on Monday, Wednesday, Friday at 7.30pm can watch it when they feel like watching. These days, the show’s aims are different. It has to evolve but it will keep going for a very long time. 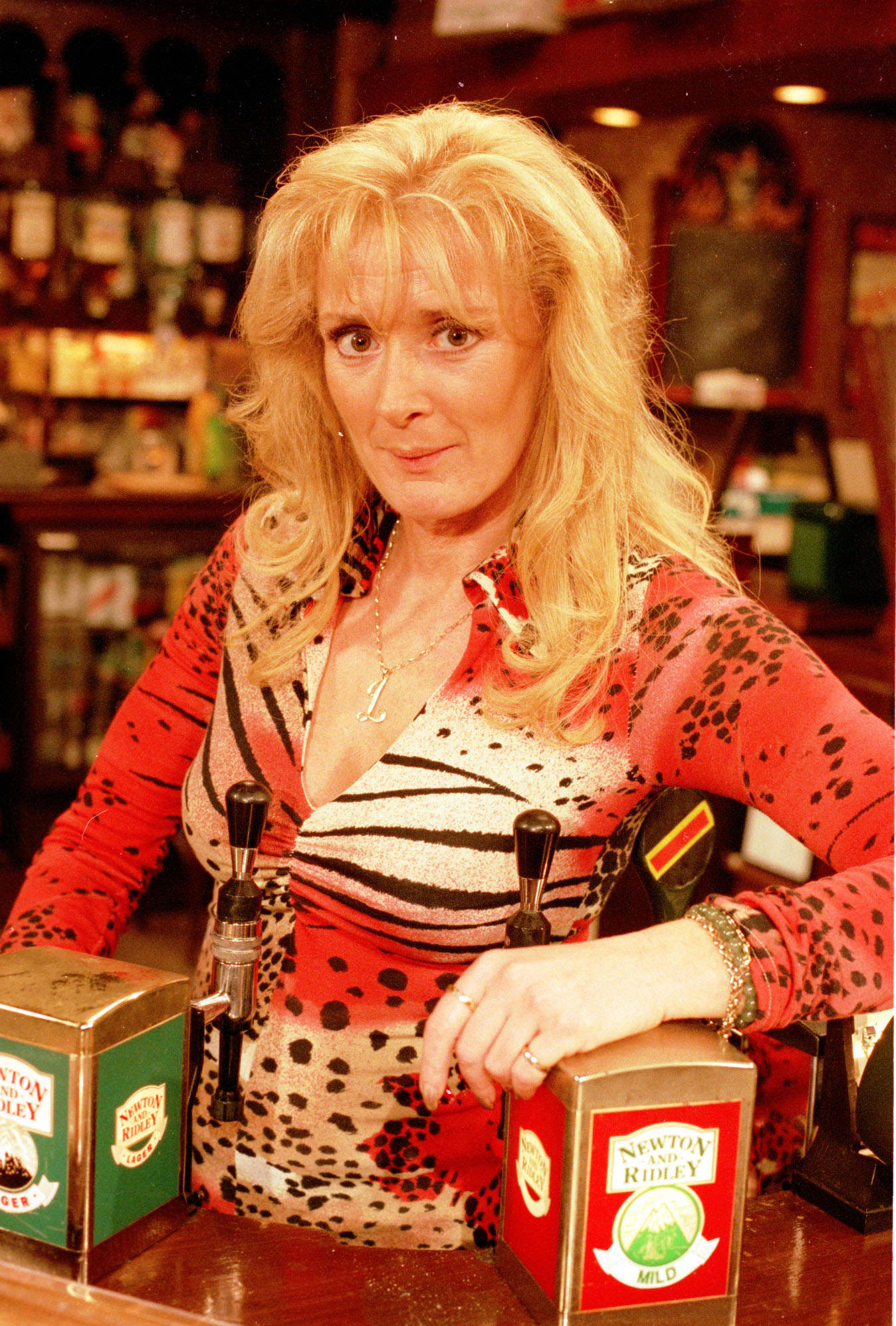 “When it started, they said, ‘It won’t last very long’. But the secret, and what they have to keep going, more than anything, is that it’s a matriarchal show — and that’s what [its late creator] Tony Warren captured.

“Tony knew women, he really got that. They were sirens who would literally kill. They were like lionesses, they would kill for their families.”

Beverley, 63, who has starred in more than 2,400 episodes, also joked that veterans such as Bill Roache, 88 — who has played Ken Barlow since day one in 1960 — will be there when Corrie clocks its centenary in 2060.

She said: “He definitely will, and he will still have that amazing hair — he’s the Robert Redford of soaps.” 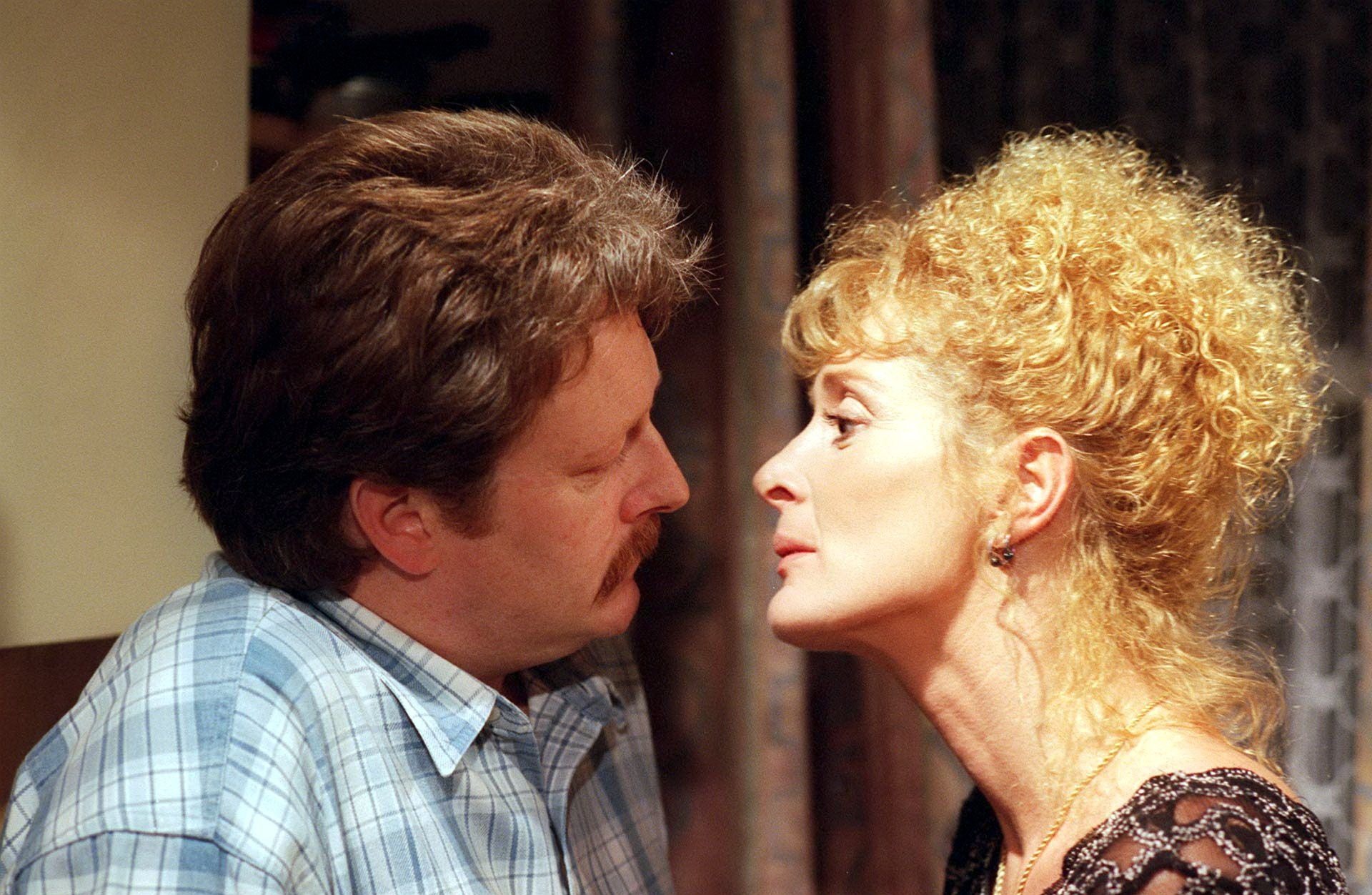 The world’s longest-running serial will turn 60 on December 9.

But when Beverley first joined full-time, in 1989, she had to go above and beyond to make her mark — alongside screen husband Jim McDonald, played by the great Charlie Lawson, 61.

She said: “I knew on our first day that Charlie and I had a year to make it work or not. So that was scary. The producer, Mervyn Watson, who was amazing, said to us: ‘Every time we’ve cast a new family, it’s not worked.

“Bringing a family in is really, really difficult. So, you’ve got a year to make it work or not’.”

But she and Charlie also gave a career to Simon Gregson, 46, who plays her son Steve McDonald.

She revealed: “At that point, we’d not cast the boys. I was the first, then Charlie. A few weeks later, we had to do improvisation sessions with the potential boys. 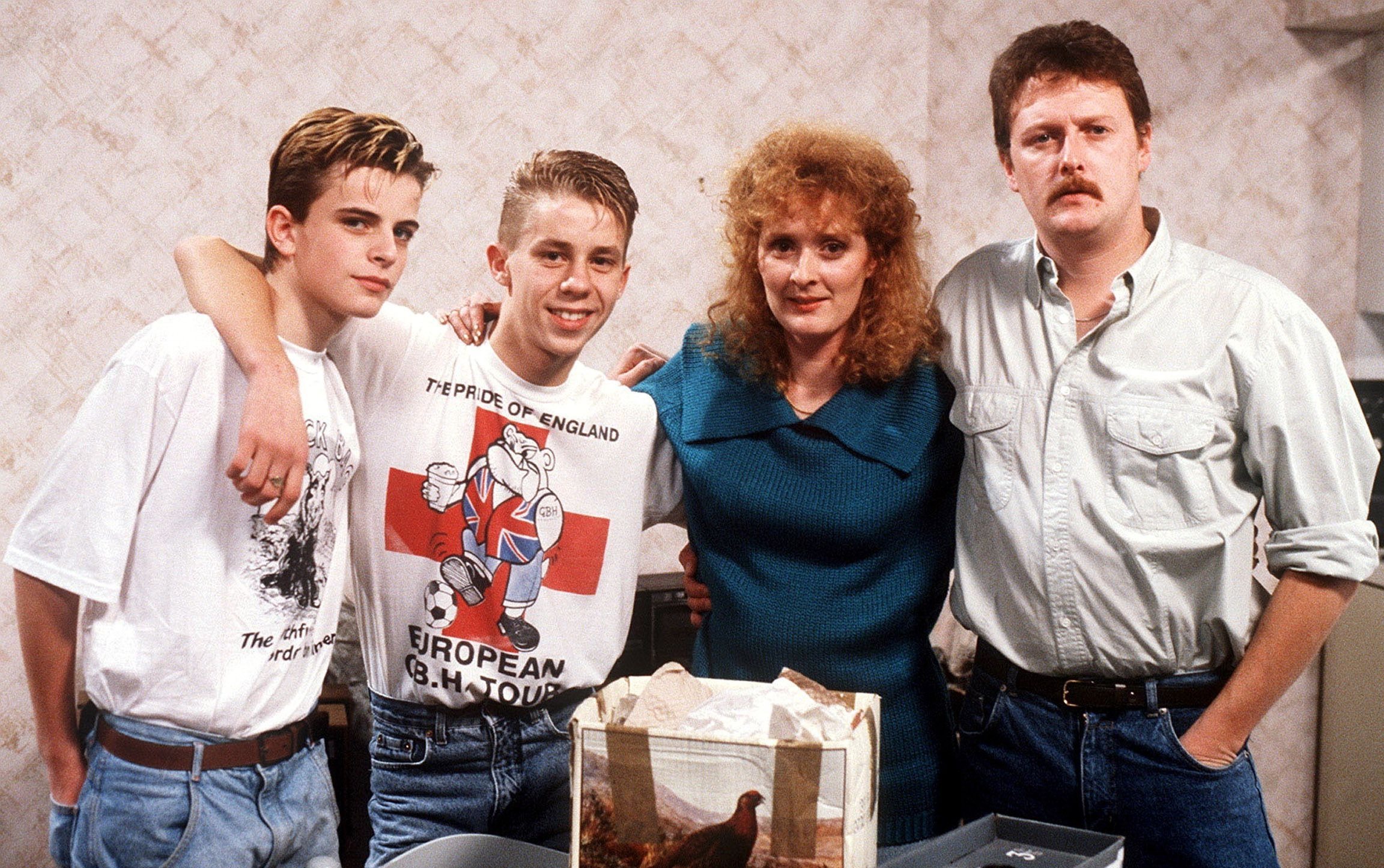 "We had five of those and had to vote. We had to put down on a piece of paper our favourite and we all chose the same person, Simon.”

She joked: “I regret it to this day!”

In those days, there were just two episodes a week, meaning deeper storylines, more dialogue and fewer characters. The onus was on the actors, more than ever, to bring the work of the show’s legendary writers to life.

That prep work culminated in what Beverley describes as a terrifying Wednesday tradition, where the entire cast would put on their glad rags and act out every scene. She said: “I can still remember that as if it were yesterday.

FIRST appearing as part of the McDonald family on October 27, 1989, fiery Liz was the no-nonsense matriarch of her family of four.

She stepped on to the cobbles with her former Army sergeant husband Jim (Charles Lawson) and her twin sons Steve (Simon Gregson) and Andy (Nicholas Cochrane).

VIEWERS were rocked in January 1992 when Liz and Jim’s premature daughter, Katie, lived for just a single day before dying off screen.

Big brother Steve blamed himself for Katie’s death because he was in trouble with the police at the time and had gone missing when Liz went into labour. He missed Katie’s funeral because he felt guilty.

But Beverley is now hoping for yet another twist in the tale of the twice-divorced pair – that they get back together once again .

She said: “I would love it if Liz and Jim reunited and disappeared off into the sunset.”

THE abuse Liz suffered at the hands of Jim was one of Bev’s favourite storylines.

She explained: “I knew those scenes would have a huge impact. They were so well written that one week viewers would have sympathy for Liz, the next Jim, then Liz. Opening those scripts gave me a buzz.”

JIM suggested to Liz in 2011 that he buy the Rovers Returns pub with her.

But she did not realise he would first have to rob a building society first.

After he took staff and customers hostage at gunpoint, in a frantic phone call Liz persuaded him to give himself up to the police waiting outside.

“On a Wednesday,   you would have to run all the episodes, in story order, for the producer, the writers, the entire crew and cast.

"You would watch [Bet Lynch actress] Julie Goodyear working, then the cast would move to the next set and watch the next scene.

“When it was your go, you’d see someone whispering at the back, and think they were saying, ‘She’s s**t, the new girl is terrible’.

"Every Wednesday, I felt sick — and Charlie was the opposite. He’d say: ‘For f’s sake, Beverley, it’s just a rehearsal.” 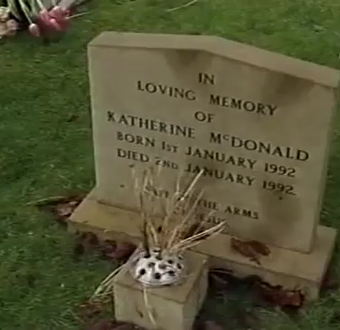 But she said: “Julie Goodyear, without doubt, she trained me. She was amazing to me. But she nearly got me sacked on many occasions because I can’t hold it in.

"Simon Gregson does it to me now — we look at each other and destroy each other with just a twinkle of the eye.

Beverley added that the screen friendship between the characters played by Julie and her was mirrored off set: “Bet became great friends with Liz, and Julie with Beverley. Julie was a true queen of Coronation Street.”

Bill Roache was amazing, too, she said: “He would come up, be nurturing and give tips. 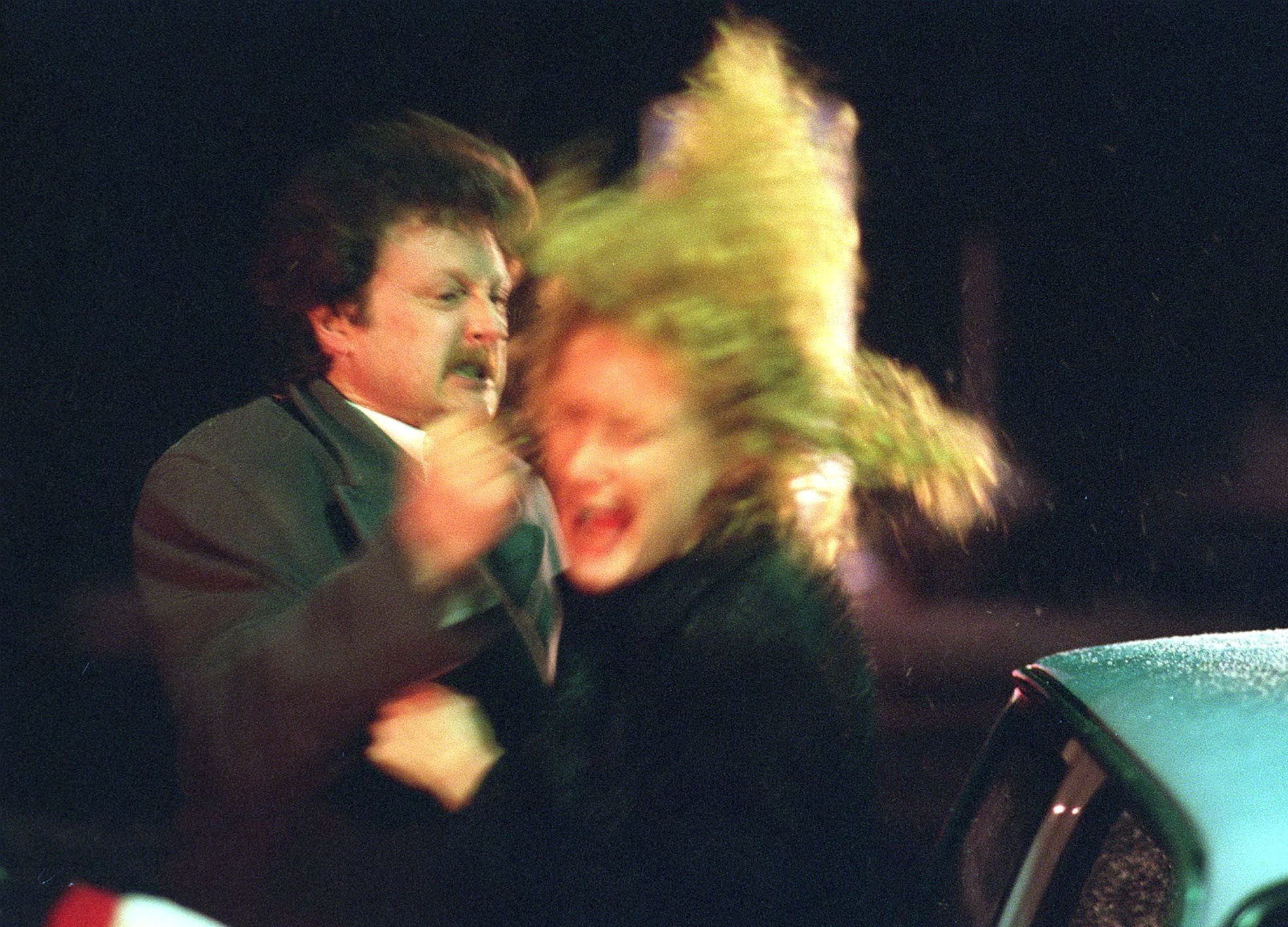 "He would say, ‘You’re not alone in being nervous. I’ve been here since day one and still get nervous every Wednesday lunchtime’.”

Beverley, rumoured to be taking part in I’m A Celebrity later this month, says the nerves have never gone away, even 36 years after she first appeared in a cameo on the ITV show before being cast as Liz.

Of the late Bryan Mosley, who used to play Corrie’s Alf Roberts, she recalled: “He said to me one day, ‘This is what is expected of us, the public expects us to behave in a certain way and to dress in a certain way.

“We are in their home twice a week and they pay our mortgages’. 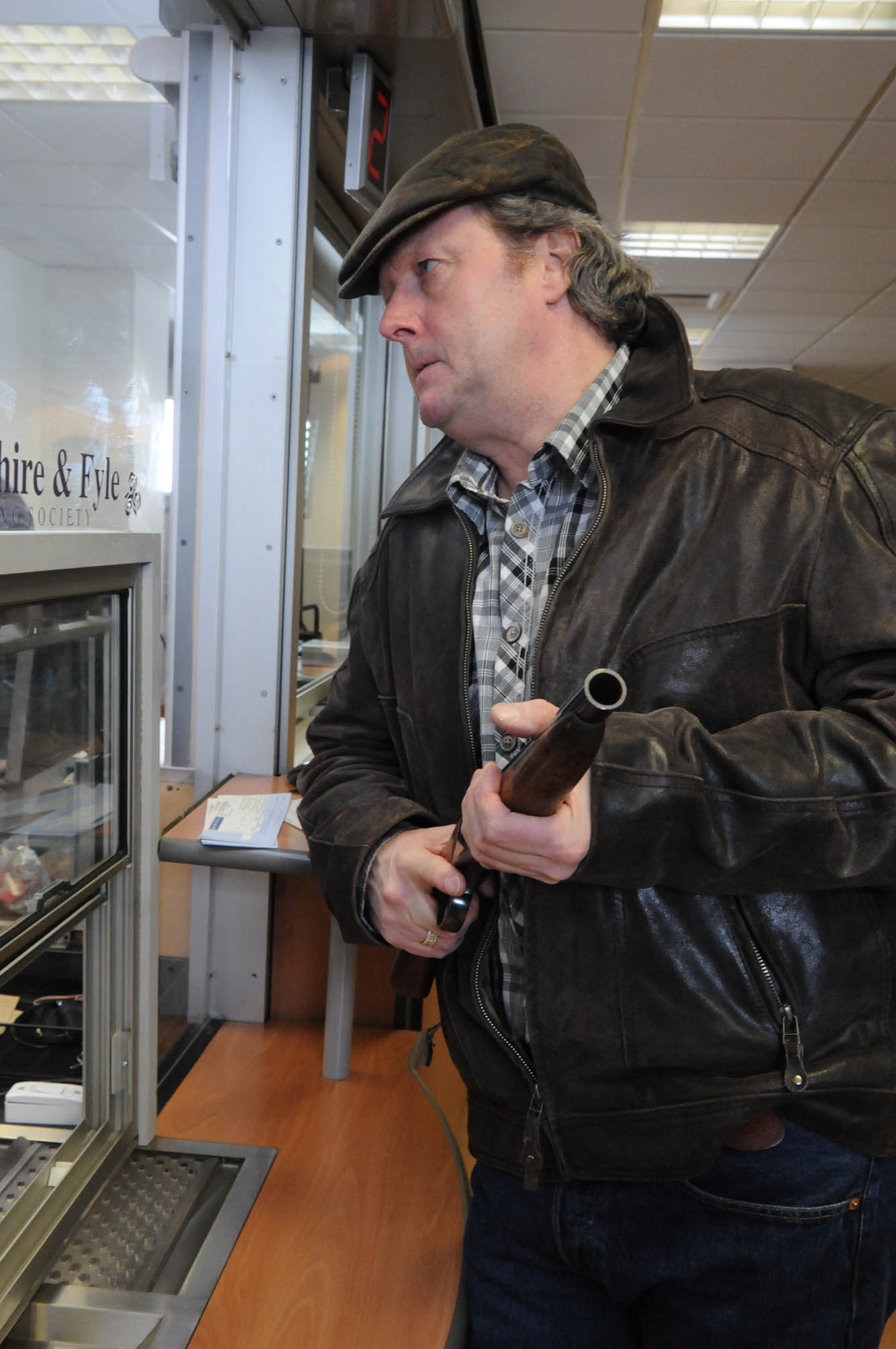 “Every time I shot a scene for more than 30 years, my heart rate increased and the nerves were there. I mean, you have to be the best you can.

"If somebody said, ‘Do you know your lines yet?’ Charlie would say, ‘Does she know the line? She’s learning next fg December’s.”

Beverley’s many years on the show have given her a unique perspective on how soaps have changed — and she admits the current crop of stars, many in their first major acting roles, have never had it so good.

She said: “Back then, it was very different. It was much harder — you had a lot more to learn. The show was a tad longer, because they cut it down a little — every programme is run by accountants now.

“But those days were amazing, they were my favourite days.

“People didn’t go in it because they wanted to be famous — they were actors and needed a job, and it was just the most amazing feeling to get those scripts. 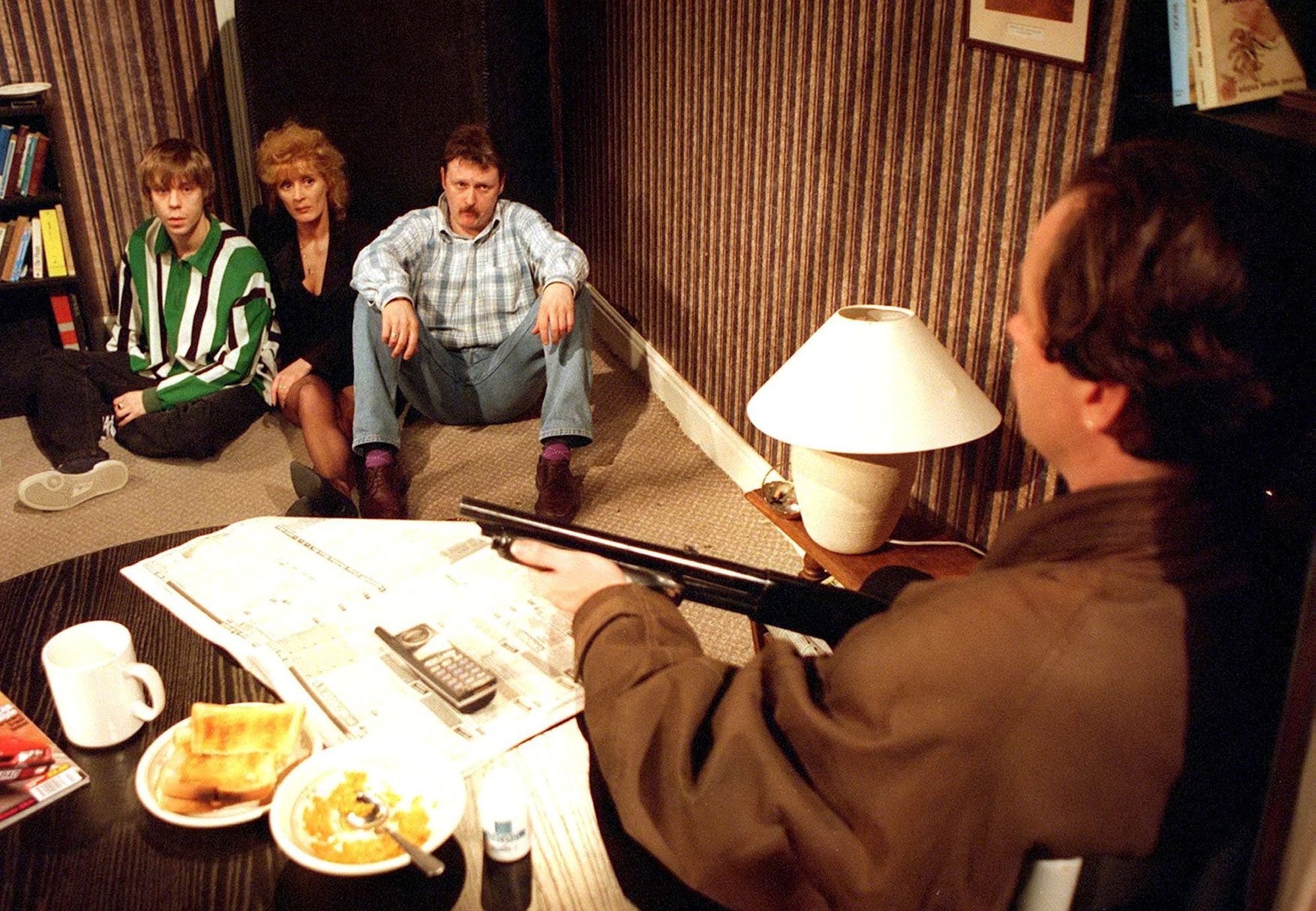 “The writers agonised to get those words on the page and you agonised, in turn, to bring those words to life and make that character as real and believable as possible.

“Now some people do see it as a stepping stone, and I don’t think Coronation Street deserves that.

“It deserves much more, as it’s a vocation. You need to remember that every scene you are shooting is a piece of TV history. 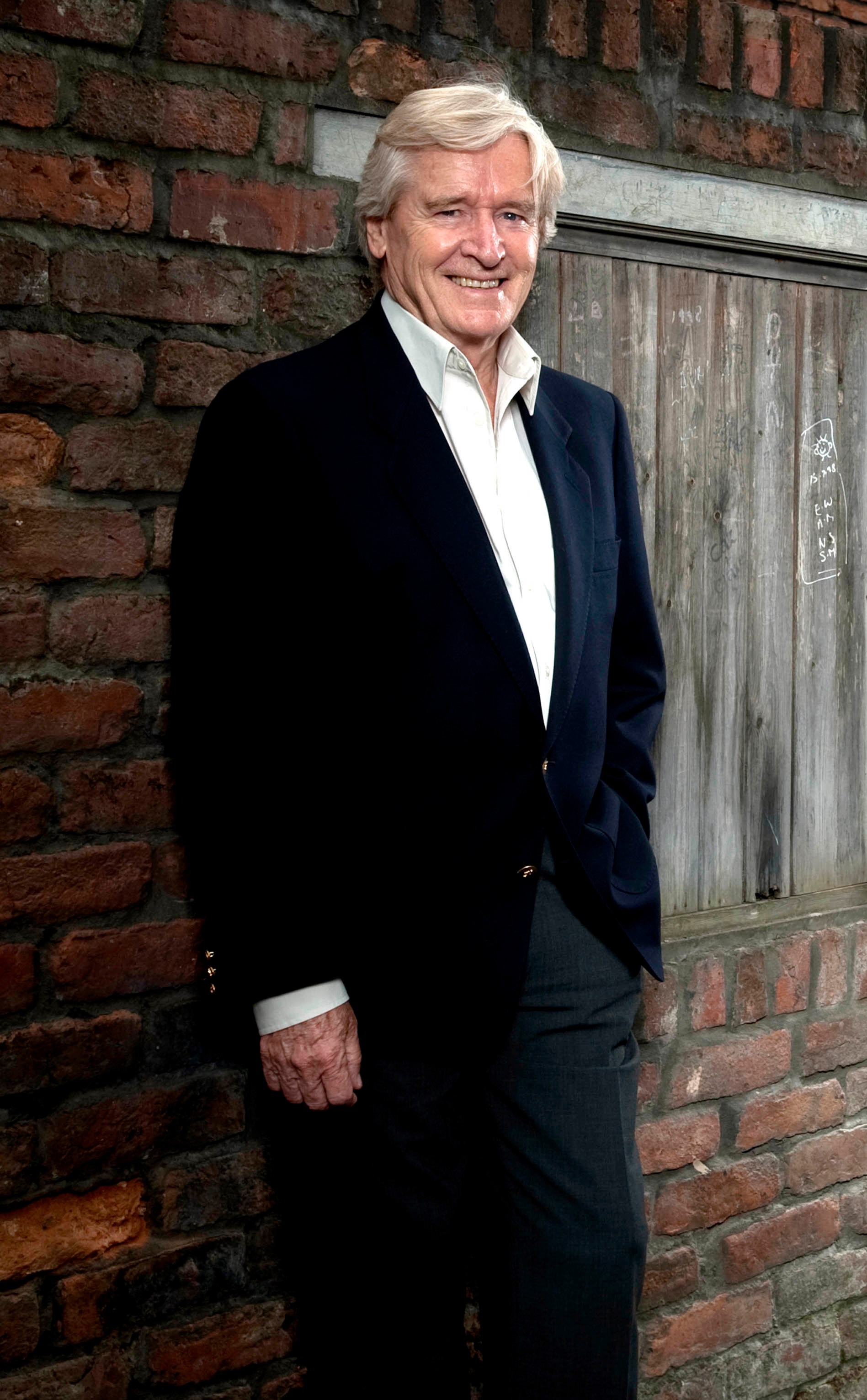 As well as creating moments of soap magic, Beverley was lucky to work alongside legends — and she holds fewer in higher regard than the late Anne Kirkbride, who died of breast cancer in 2015 after 42 years playing Deirdre Barlow.

Beverley recalled: “She would always look on the show fondly. Sometimes, it used to drive her bonkers. But we always had each other. I was with her when she died. My arms were around her.

“It was horrendous. But to be with her to say goodbye was quite something. One of the most difficult times was going back into the Barlow set. 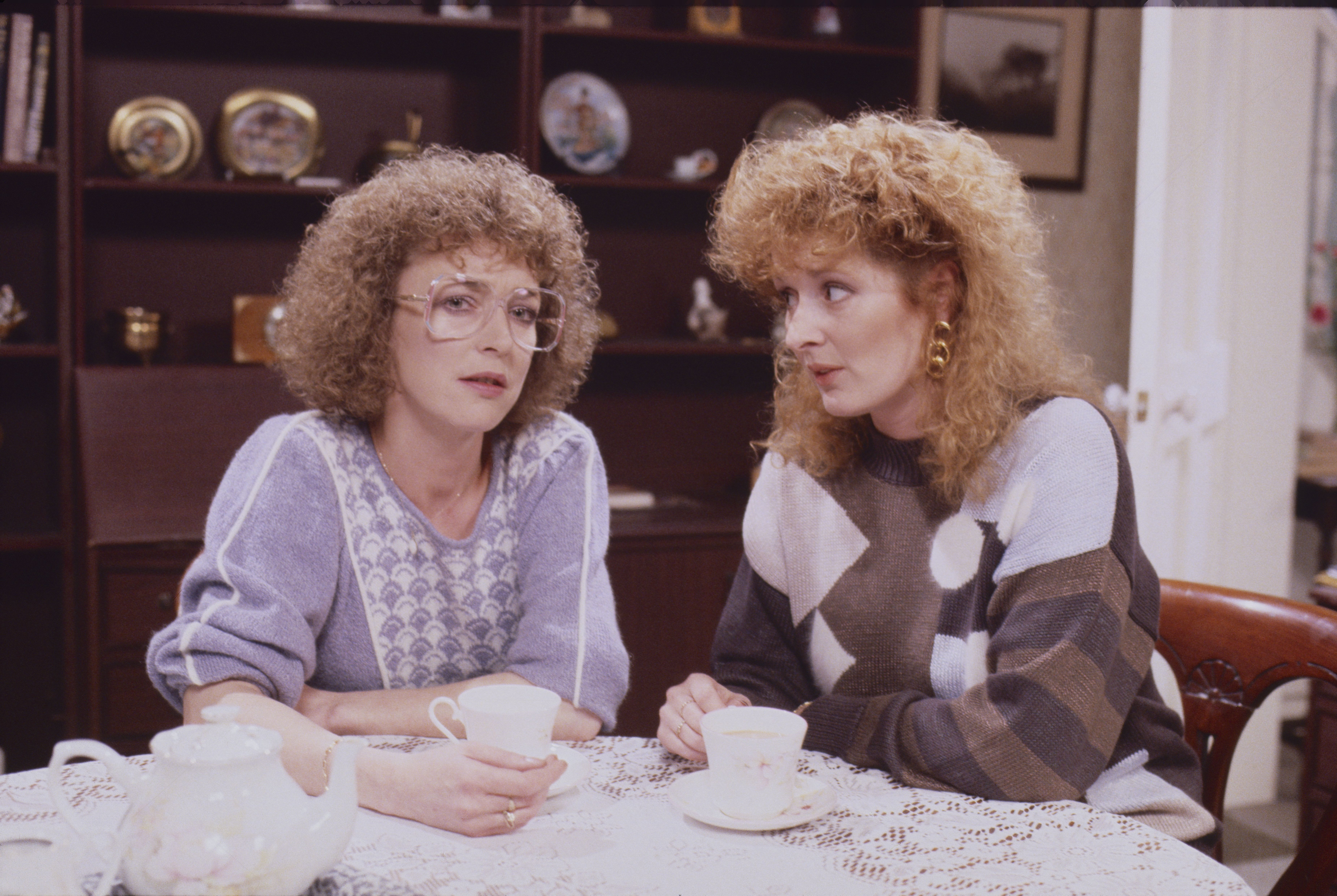 “It sounds really emotional and OTT but it was really weird because we did so many scenes in there together.

“Every scene I have had to do in there since, you can’t help but have a lump in the throat. I just think, ‘Oh, bless you darling, I hope you’re all right, wherever you are.”

But Covid-19 has made planning a bombshell 60th birthday celebration difficult. If she was writing the episodes marking 60 years, Beverley would steer away from a shocking death. 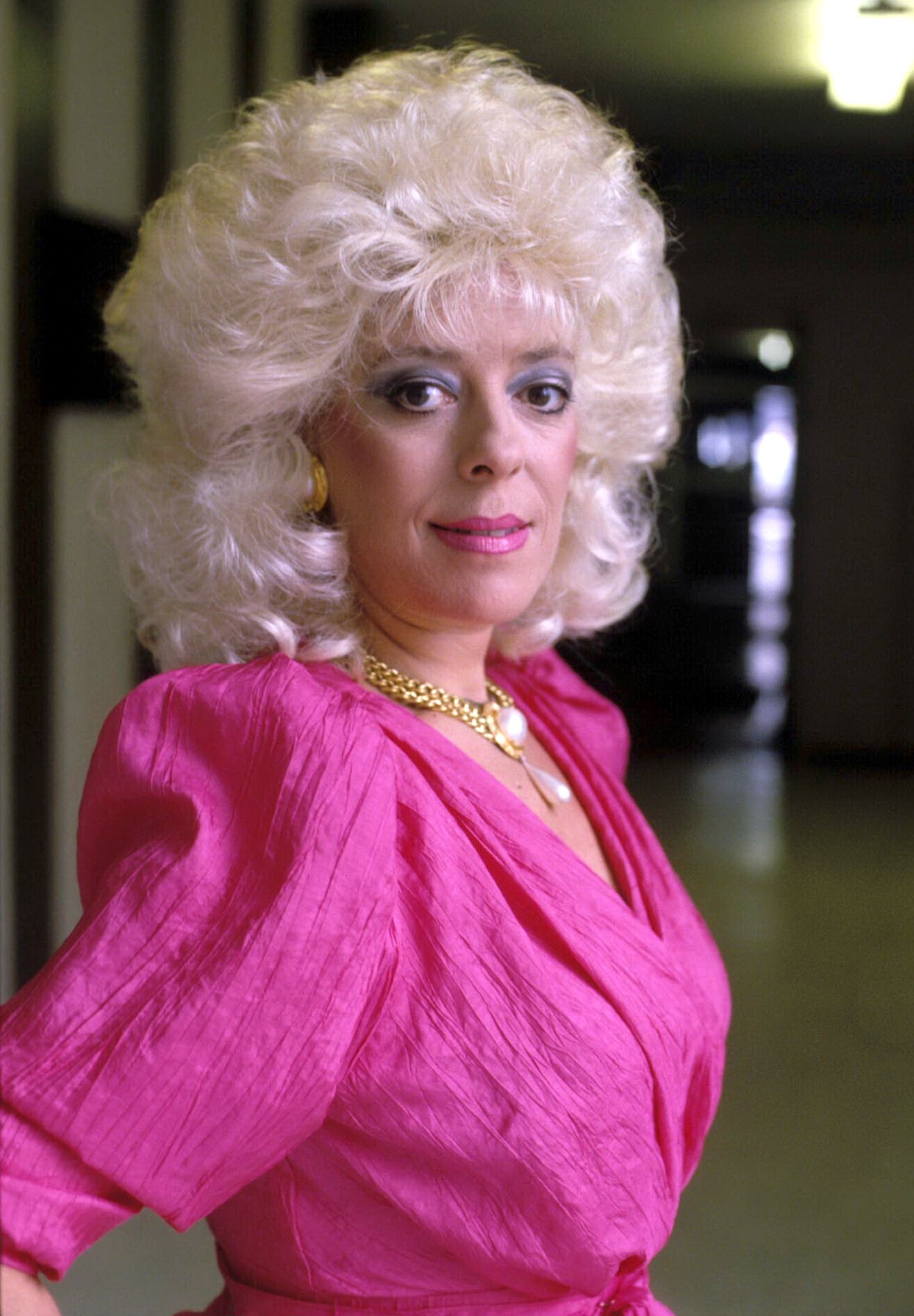 She said: “It’s got to be the biggest and best episodes they’ve ever done. But I prefer it when it’s character-led. I would do loads of episodes, with a small cast, and have long speeches and pages of dialogue. I don’t think it needs the shock effect, a dramatic explosion or whatsoever.”

Beverley’s own Corrie future is unclear after leaving last year to have hip surgery.

The writers, to explain her absence, sent her character Liz on holiday to Spain — although she was never seen departing Weatherfield. Beverley insists Liz will not be killed off any time soon, though.

So the door is open for her return — hopefully in 2021, so she can be seen leaving the cobbles, at least for now, on screen. 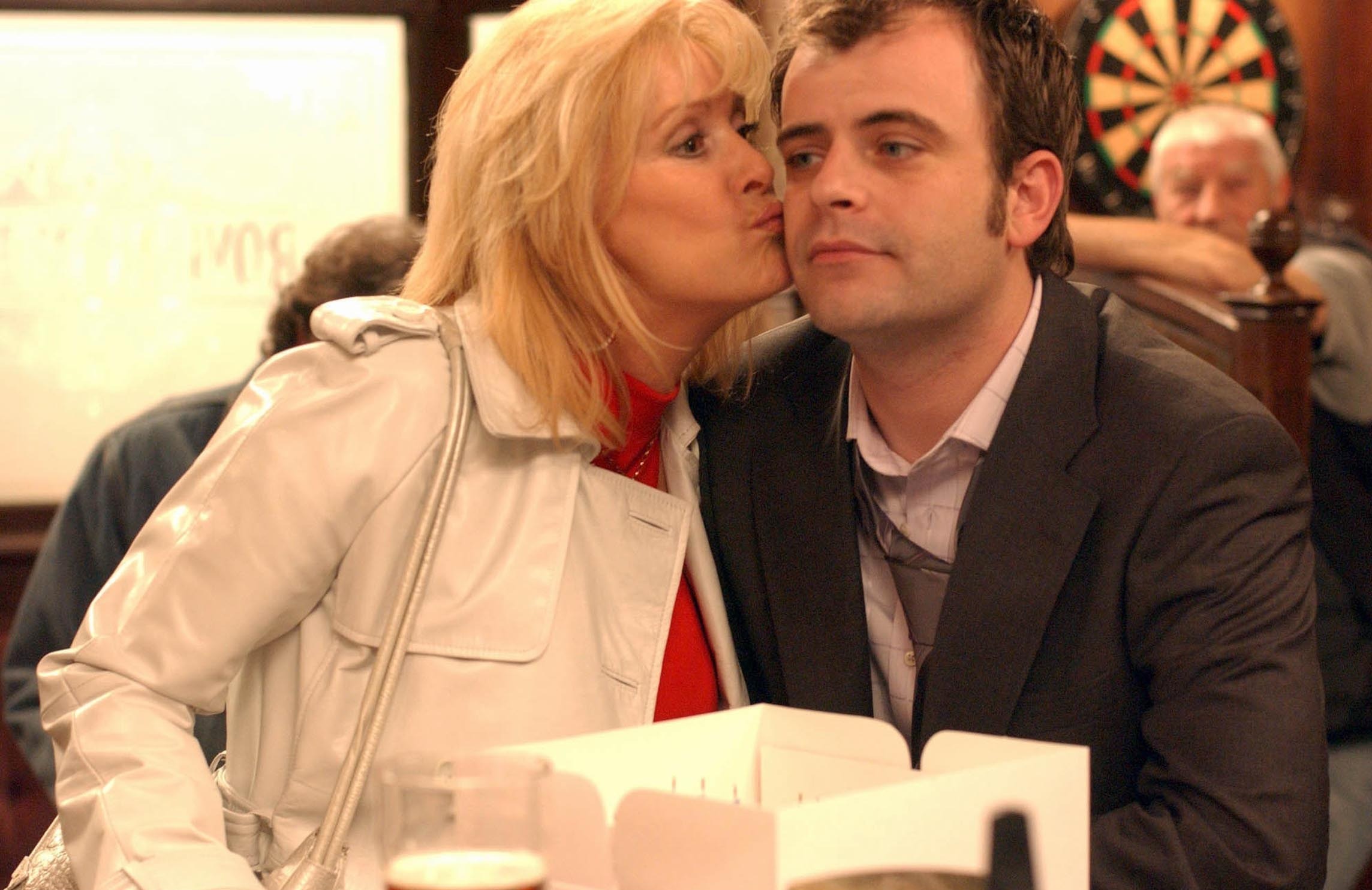 Beverley said: “I have to go back to do Liz’s exit.

“So I’ve not been able to go back. But I owe the viewers Liz’s exit. I will be going back.

“Exactly when, I don’t know yet — sort of beginning of next year, maybe in the spring. They did say to me, ‘We will never kill off Liz’.” 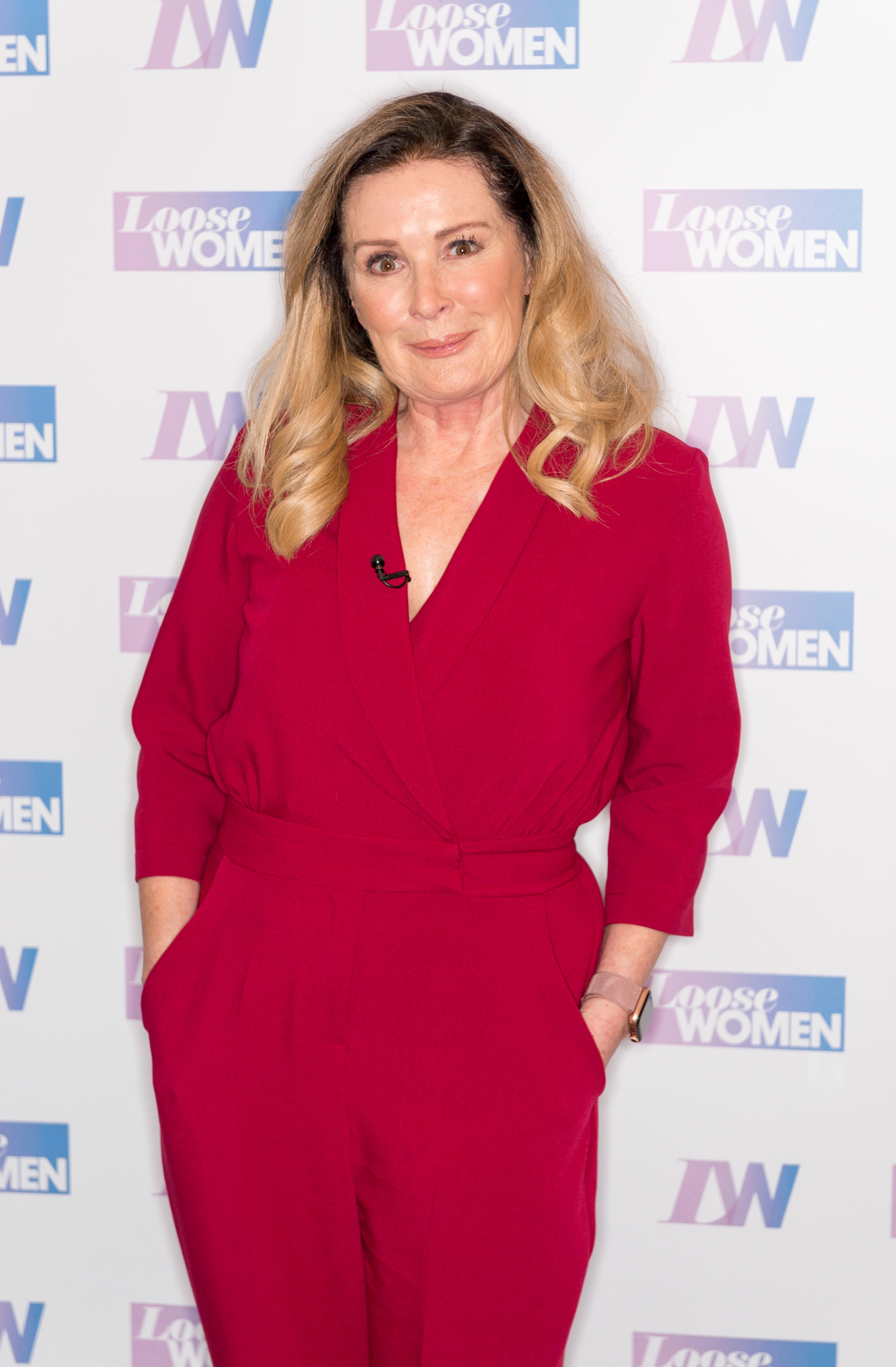 Beverley added of Corrie’s Jim McDonald, who her character Liz has twice divorced: “What I would really love is for Liz to have a happy ending. I would love Liz and Jim go off into the sunset together.

“Somebody called them the Burton and Taylor of Weatherfield. They have this fiery passion that makes them fall out and hate each other.

"But they love each other so much. I would love Liz to have a happy ending. Because she’s never had one before.”