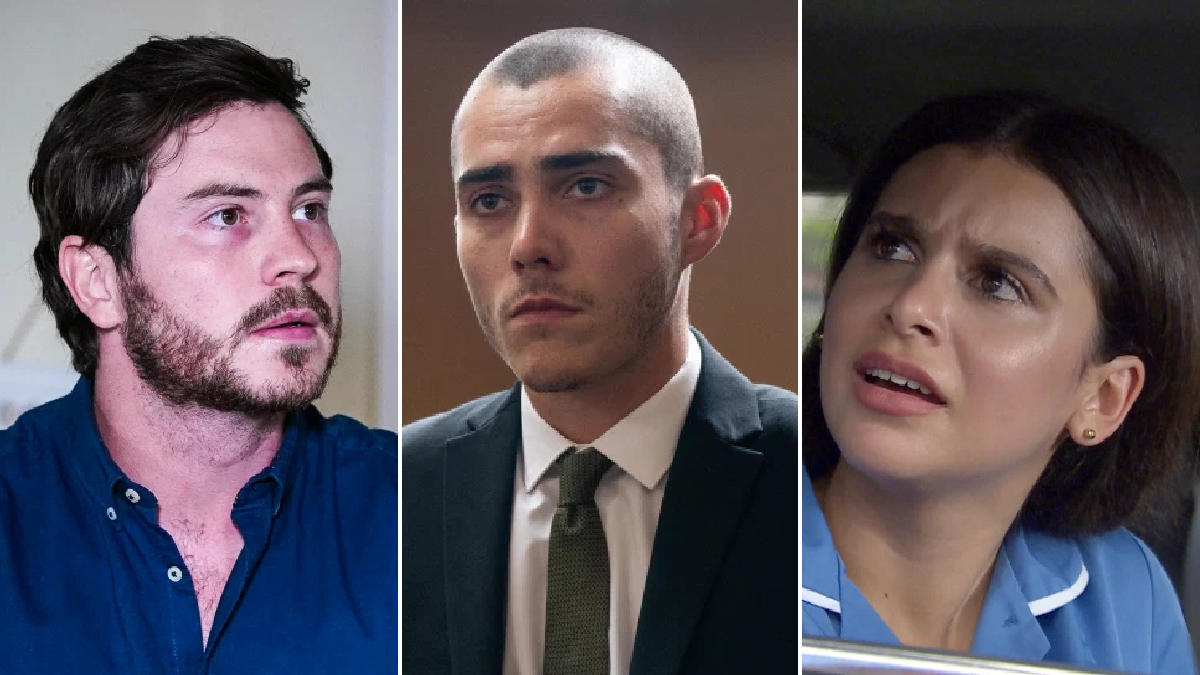 Some killers face the music, while others attempt to claim their next victim in a week that will change everything for some of our favourite soap mainstays!

The biggest event this week is undoubtedly the trial of Corey Brent and Kelly Neelan in Coronation Street, as both teens take to the stand for their role in the death of Seb Franklin.

Expect tense scenes and heartbreaking revelations, as Nina Lucas’ memory returns in a series of special flashback episodes that stray from the norm in order to allow the viewers to witness what happened on the night of the attack.

There are also interesting developments for EastEnders’ Gray Atkins and Emmerdale’s Meena Jutla, both who find themselves in precarious situations.

And for Hollyoaks’ Cindy Cunningham there is more heartbreak ahead, as Luke Morgan’s aunt Lydia brings with her some devastating news.

Fragments of Nina’s memory resurface on the eve of the trial, and she decides to retrace her steps, accompanying Asha, Summer and Abi to the wasteland where the attack took place. A series of reconstructed scenes will take viewers back to the night of Seb’s death, and the truth about what really happened is at last revealed. Nina bursts into tears, having remembered her final moments with Seb, vowing to go to the police and reveal all.

Gray makes a shocking admission about Tina in EastEnders

Gray receives a shock when boss Laura stops by with a HR rep to inform him that, follow the caution he received last month, he has been sacked! Chelsea, meanwhile, has been spending his money, and she brags about it, leaving Gray livid. Chelsea is not in the least bit bothered, which only infuriates Gray further, and in shocking scenes, he approaches Shirley, claiming that he saw Tina on a bus!

Tracy, vacant and detached, is waiting at the bus stop when Faith spots her. Returning home, Tracy tells Nate she’s staying the night with Priya, and heads off in a taxi, making it clear she’s not coming back. Nate is left concerned the following morning. Faith, meanwhile, locates Tracy, who is lost in thought searching for her dad’s tree. Tracy can’t help but reveal her delusions to Faith, as she oscillates between severe paranoia and an eerie calmness. Faith becomes convinced that Tracy has got postnatal depression.

Luke stages a robbery in Hollyoaks

Luke is adamant that The Hutch can be saved if he and Tony work together, and he comes up with a plan. When Plan A fails, he resorts to Plan B, suggesting to Tony that they stage a robbery for The Hutch’s insurance money!

Nina signs her new statement, hoping it will get Seb the justice he deserves. As the trial commences, Roy urges her to readopt her goth look, and she takes to the stand, telling the court the truth. Sabeen questions her about the reconstruction she staged, and does her best to discredit her friends. Nina loses her temper, leaving Imran worried.

Sharon goes to the police over trying to kill Ian in EastEnders?

Shirley vows to do whatever it takes to find Tina, telling Mick that Sharon and Phil are going down for their involvement unless they confess the truth about their plan with Ian. It’s not long before Phil is faced with an angry Shirley, who demands that he hand himself in to the police. She pleads with Sharon to do the same, as does Linda. Sharon wants to go to the police, but Phil reminds her that she could face time in prison, before warning her not to do anything stupid. But it could be too late, as he’s unable to get a hold of her!

Meena caught out in Emmerdale?

Meena breaks into Victoria’s and starts to mess with her things, grabbing a nearby paperweight to use on the young woman when she enters! Victoria, however, discovers someone is in her home and calls the police, forcing Meena to make a quick getaway. Manpreet, meanwhile, begs Meena for help when she discovers Aeisha is in a critical condition abroad, but Meena struggles to tear herself away from keeping an eye on David and Victoria. David tries to convince her to support her sister, but the paperweight soon falls out of her bag!

Lydia has a shocking revelation for Cindy in Hollyoaks

Lydia, Luke and Zara’s aunt, comes to stay, and gives Cindy a lot to think about regarding Luke’s condition. Cindy, however, is heartbroken when Lydia later reveals that Luke is exhibiting behaviour that her husband had six months before he died.

Suki invites Honey over for dinner, and the two evidently enjoy one another’s company. That is, until Ash interrupts, leaving Suki fuming with jealousy! She softens when she learns Ash failed her performance review, and feeling guilty, she offers to expand her empire by purchasing a property to turn it into a GP surgery. Ash is angered by her mum’s proposal, but Honey soon has a word with her. Honey gets all dressed to the nines for the Pride of Walford Awards, as does Suki, who Honey invited as her plus one.

Abi rails at Stefan, suggesting that it’s time Corey came clean. Corey, meanwhile, takes to the stand and proceeds to lie through his teeth, claiming that Kelly viciously attacked Seb and that he tried to stop her. To make matters worse, he suggests that Kelly threatened to have him killed if he reported what happened to the police.