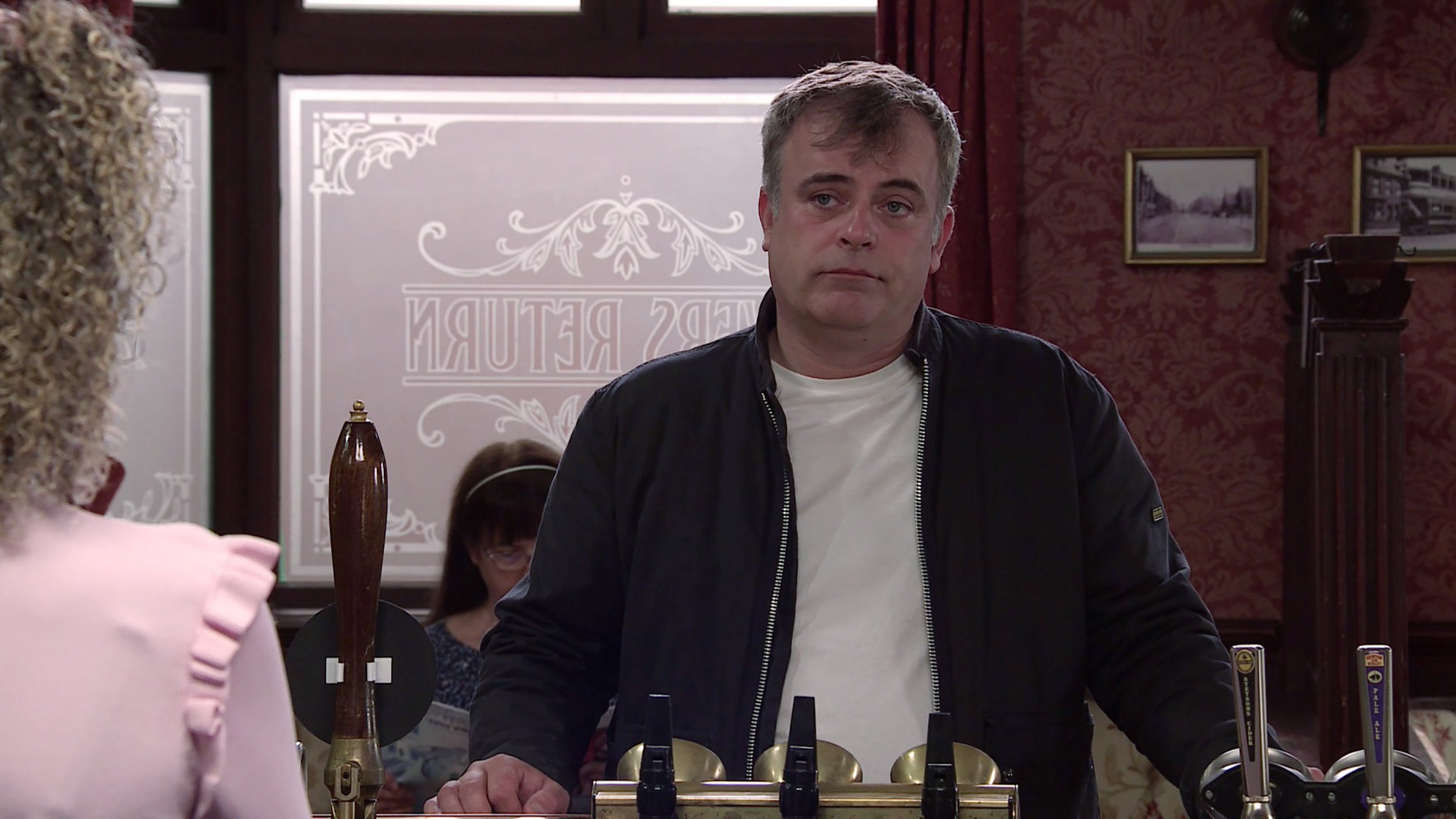 Steve McDonald (Simon Gregson) is in for a shock in upcoming episodes of Coronation Street, when the identity of his daughter Amy (Elle Mulvaney)’s secret boyfriend is revealed – and it’s Jacob Hay (Jack James Ryan).

When Jacob first arrived in the Street he caused all sorts of trouble for Steve’s family by trying to get Simon Barlow involved in drugs and then tormenting Leanne. He’s probably the last person Steve would want his daughter to be involved with.

Simon Gregson spoke to Metro.co.uk and other press about Steve’s reaction to the discovery. ‘Steve knows all the stuff that Jacob put Simon and Leanne through just after Oliver died,’ he says. ‘He knows that Jacob is bad, bad news. There is absolutely no way that he wants his daughter involved with a little trouble-maker like him.’

Jacob doesn’t exactly set out to impress his girlfriend’s dad, either, as Simon reveals.

‘Jacob starts going on about Oliver and that is just a red rag to a bull for Steve – so he hits him! Steve thinks that Jacob shouldn’t even have mentioned Oliver’s name and all the emotions are fresh in his mind because he has just been to Oliver’s grave. Steve’s head is in a bad place and he tells Jacob to leave. When Jacob doesn’t leave, Steve loses his temper and decks him.

‘The guy is bad news, he was a drug dealer and he’s done some terrible things, putting Leanne through absolute hell. Leanne is the mother of Steve’s dead son and the last thing this kid should be doing is mentioning Oliver. Steve feels he is just being a protective dad.’

So not exactly a friendly start. Steve’s convinced that Jacob hasn’t changed, and Simon says he’s only trying to protect Amy. ‘Steve tells Amy that he may be telling her he is a sweet lad, but someone who did what he did to Simon and Leanne won’t ever change. He knows that Amy has got her own mind and that, because she is 18 years old, she can do what she likes but he is still concerned. He just wants the best for his daughter.

‘Steve understands that Amy is a woman now and that she has her own mind, but at the same time, she is his daughter and he is upset because he wants what is best for her.

‘Steve believes that what is best for Amy is ending the relationship with Jacob but maybe he will be proved wrong.’