Colin Murray was back in the hot seat again on the Channel 4 show’s first edition of the week on Monday afternoon, with contestants Matthew and Darren fighting it out to try and come out on top. At one point, the pair both struggled on a maths question but Colin soon put their minds at rest when he easily solved the problem to numbers whizz Rachel Riley, which he admitted made him feel “uncomfortable.”

Richard Arnold joined Susie Dent in Dictionary Corner with Matthew and Darren pitted against each other.

The moment came during a maths round in which the pair had to try and come up with 520 from the six numbers they were given.

After their allotted time had run out, Matthew told the host he had managed to get to 511.

Darren’s efforts proved better, making it to just one number away, at 521. 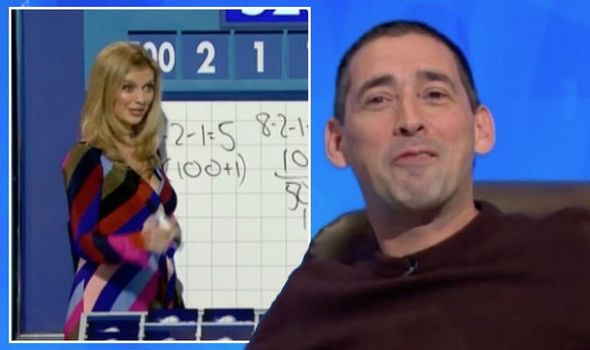 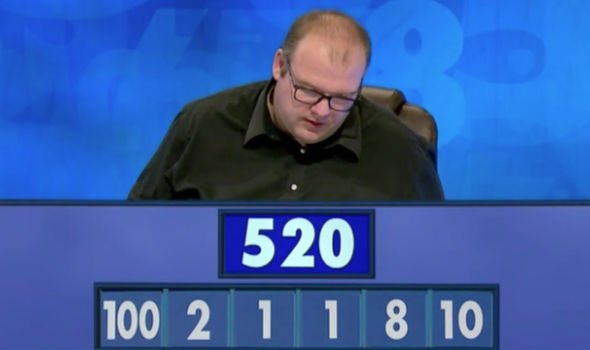 Although the player hadn’t written down his answer, with Colin noted: “Okay, you’re closest anyway, Darren – off you go.”

Darren began to explain his methods but after getting to his second step, it was clear he had faltered.

“I’ve gone wrong’ sorry!” exclaimed the contestant as he paved the way for his opponent to have a stab at solving the problem.

Colin turned back to Matthew with a chance to take the round and he was awarded five points for his efforts. 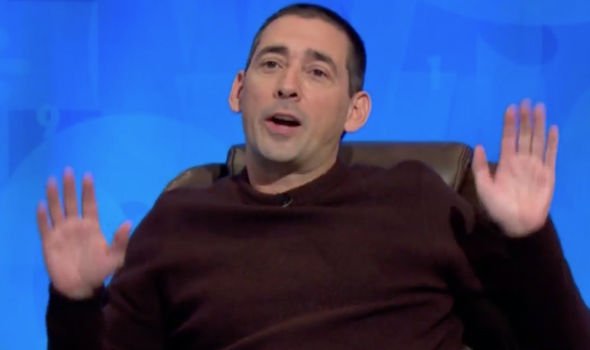 The host said to Rachel: “It’s one of those Rachel, if you see it, you see it in two seconds!”

“There are quite a few ways, does that mean you’ve got it, Colin?” Rachel probed.

“Yeah,” the presenter admitted. “But I couldn’t do it from here!” but Rachel urged him to give his workings: “Go on, you can have 10 points, 10 special points.”

Colin explained: “You just divide the 100 by the two, add on the one and the one and multiply by 10.”

Colin was indeed correct, with Rachel declaring: “10 points to Colin!”

But the host said: “I feel uncomfortable doing that from here, I don’t mind stealing the odd one from dictionary corner,” but Rachel told him: “Just own it!”

The presenter has been stepping in since the previous host Nick decided he would step down from his role at the end of last year.

Colin previously took on The Apprentice star’s duties when Nick had to take some time away due to shielding amid the coronavirus pandemic.

To the delight of viewers, Colin confirmed earlier this month he would be back on the show for another stint.

He told his 197k followers on Twitter: “I’m in the chair for the next 19 episodes of my favourite TV show ever @C4Countdown alongside @susie_dent and @RachelRileyRR.

“If you need a smile any weekday afternoon and a quick mind workout then feel free to join us.  2.10pm.”

Despite many fans of the show keen for Colin to become the long-running programme’s permanent host, it’s not yet known who Nick’s official replacement will be.