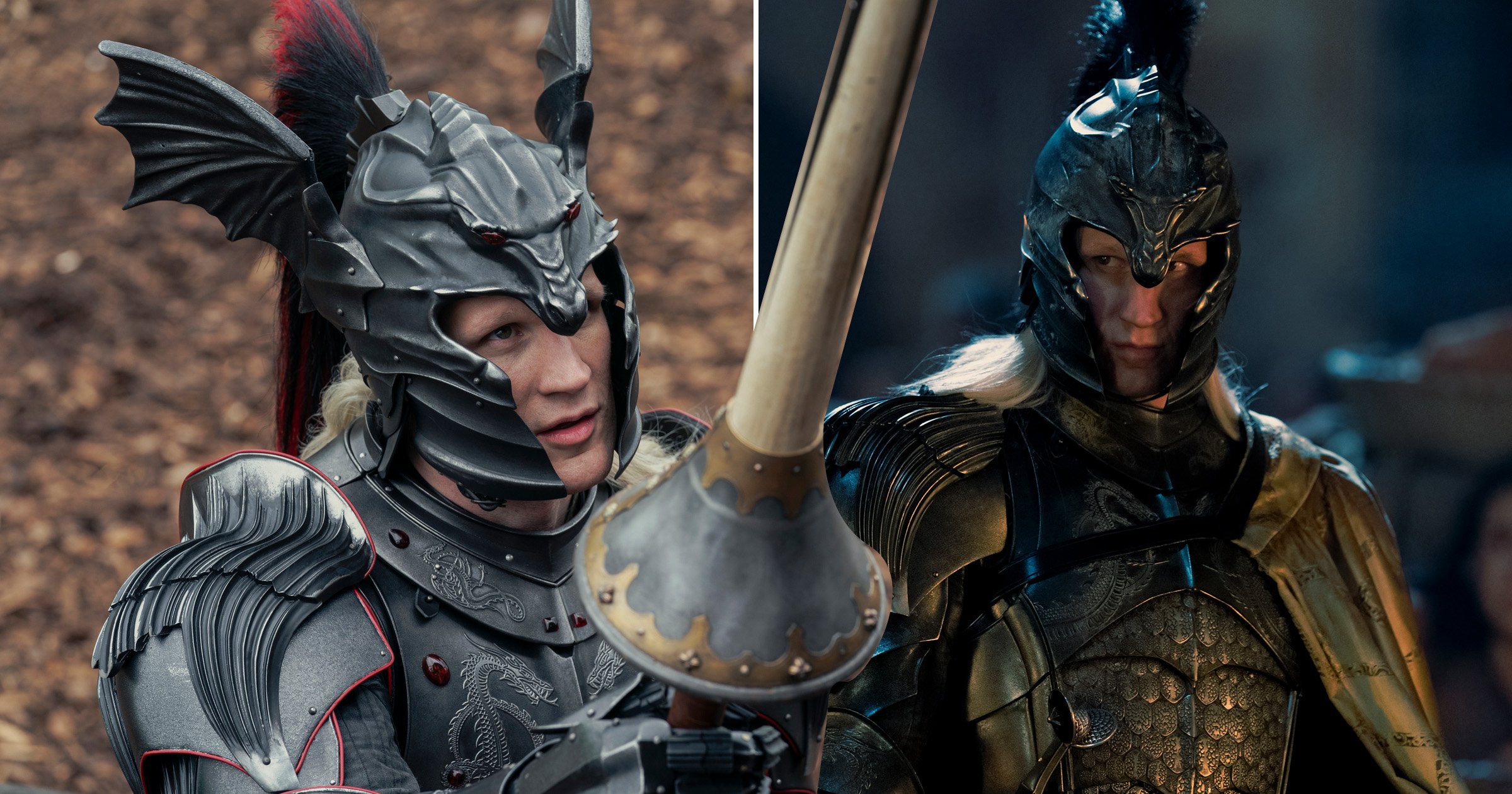 Warning: spoilers ahead for House of the Dragon episode 1.

After Game of Thrones ended three years ago, many fans of the hit fantasy series might not have thought that they’d come across a dragonrider that could surpass their love for Emilia Clarke’s Daenerys Targaryen.

However, Matt Smith’s Prince Daemon Targaryen, with his undeniable villainous streak, has quickly risen the ranks as many people’s new favourite character in the prequel series, with A Song of Ice and Fire author George RR Martin even admitting that he’s especially fond of the king’s younger brother.

One of the most standout aspects of Daemon’s character in episode one was his unique armour, complete with a spectacular dragon-shaped helmet – which Metro.co.uk discussed with costume designer Jany Temime during a recent chat about the Targaryen prince’s get-up.

When Jany first started working on ideas for Daemon’s armour, she took inspiration from ancient Japanese samurais, whose traditional dress formed the bases for the shape of Matt’s tunic.

‘I found a Japanese samurai skirt and I put that on him, and he was turning and he loved how we could walk with it. And then from that, we started cutting his costume,’ said the costume designer, whose previous credits include working on the Harry Potter films and James Bond movies Spectre and Skyfall.

‘I remember Matt walking up and down in the dressing room, and then I started designing his armour.’

Jany recalled how right at the start of the design process, she wanted to ensure that the top of Daemon’s armour – his helmet – would show the face of a dragon.

The designer wanted the dragon helmet to look like an ‘antique piece’, her logic being that pieces of armour ‘were always family pieces’.

So while Daemon’s helmet might have been ‘newly-made’ in the world of Westeros, her thought process was that the design of his armour would have gone back for ‘generations’.

‘And it has to be a dragon, because he gets his strength from the dragon,’ she added.

Matt ‘loved’ the helmet right away, which was also supposed to be particularly ‘prestigious’ to represent the fact that Daemon was ‘sure he’s going to win the tournament’.

However, as we now know, he loses to Ser Criston Cole (Fabien Frankel) after going head to head with the mysterious knight in a duel.

‘He’s very full of himself, so I thought the more prestigious the armour is, the more painful it is that he lost to a guy who has very cheap armour,’ Jany outlined.

Now when it comes to designing armour, the ornate way that it looks isn’t the only priority, as it also has to ensure the actors – and their stunt doubles – can move efficiently.

‘It is a torture, but I had a brilliant armour team, and they know their job,’ Jany remarked.

‘From the design, it’s moulded first – they’re sculptors, so they moulded every piece, and then they put the piece together. They make it in a very light plastic.’

The costume designer detailed the ‘endless’ fittings they had to make sure the people wearing the armour could move their joints, from their shoulders to their elbows.

Emphasising how ‘fun’ the design element of the process was, Jany shared: ‘Everybody has a different body and muscle and bones on a different place. So you have to actually repeat that process for everybody wearing that armour.

‘I think that Matt had at least two stuntmen, because you have a horse guy and a sword guy. So it was quite complicated that the armour fit each one of them.’

Nonetheless, thanks to the hard work of ‘the best armour maker’, all of their hard work paid off.

‘When it’s finished, you look at it and you think oh… deep satisfaction,’ she recollected with pride.

House of the Dragon next airs on Monday from 2am on Sky Atlantic and NOW.