On Thursday’s instalment of Lorraine, Heather spoke to host Christine Lampard, who is currently covering the show, about Dame Deborah’s final months. During that time, the bowel cancer advocate received her damehood from Prince William which her mother has since called “surreal”.

In her first studio appearance following Dame Deborah’s death two months ago, her mother Heather spoke to Christine about her daughter’s achievements.

One of which was when they received a phone call informing them the Duke of Cambridge would be coming around to give her a damehood.

She told Christine: “It seems surreal that all this happened in the last seven weeks of her life.

“She would just sort of say, ‘I want to do this’ and we’d look at her and go, ‘Ok’. She was still bossing us at the end! She was so determined to live every last minute.” 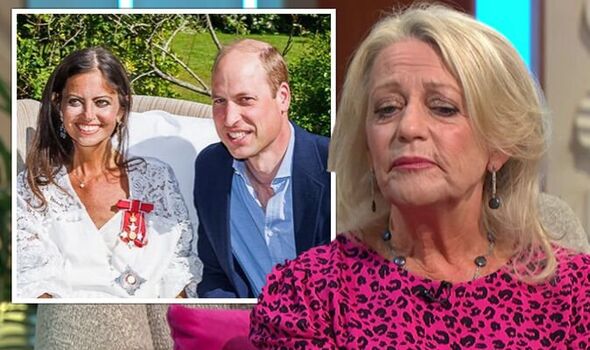 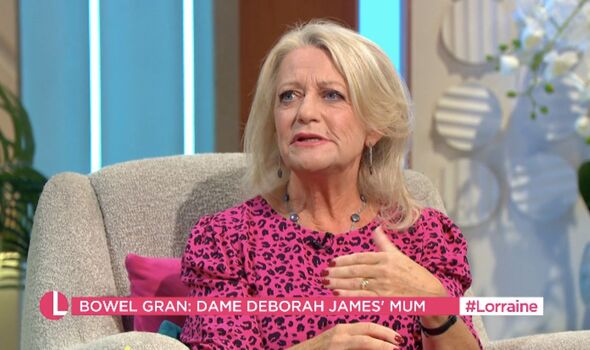 Heather revealed they only found out that Prince William would be coming over the night before and she began to panic.

She said: “My first thought was, ‘Oh no, I need to clean the house, I’ve got to tidy up, I’ve got everybody living in my house!’

“But then I thought, ‘You know what, let’s just enjoy this aspect of what she’s done.’ The outpouring from the public over the Bowel Babe fund was amazing.”

When it was announced she had died, the Duke and Duchess of Cambridge publicly shared their condolences to her family. 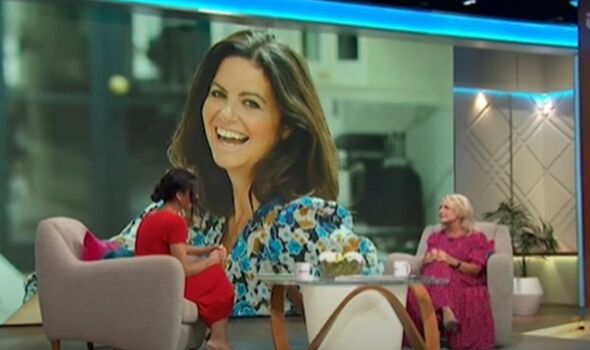 Taking to Twitter, they wrote: “We are so sad to hear the heartbreaking news about Dame Deborah.

“Our thoughts are with her children, her family and her loved ones. Deborah was an inspirational and unfalteringly brave woman whose legacy will live on.”

The royals then signed off the tweet with both of their initials, W and C.

Speaking to Christine, about what her daughter wanted, she told the ITV host Deborah wanted to leave behind a legacy.

She said: “We didn’t think she had very few days left and we said we promised we would do it when she died and she said, ‘I’m going to see it before I die, I want it set up before I die.’”

Heather stated this is what kept Debroah going – she wanted to make a difference in people’s lives.

Speaking about Deborah’s book, Heather remarked: “Not the ending she expected when she started the book two years ago – she didn’t know then how long she’d have, but she had two extra years which was amazing.

Addressing how the family are coping with Deborah’s death, Heather added: “We knew she’d come home to die, but you still had that bit of hope, ‘Did they get it wrong?’

“She lived longer than the first time we were given. I actually find it harder now since the weeks go on because it’s been longer since I’ve spoken to her and like this, she should be here doing this.”

Lorraine airs weekdays at 9am on ITV and ITV Hub.