Did Nate cheat on Tracy in Emmerdale as he spends the night with another woman? 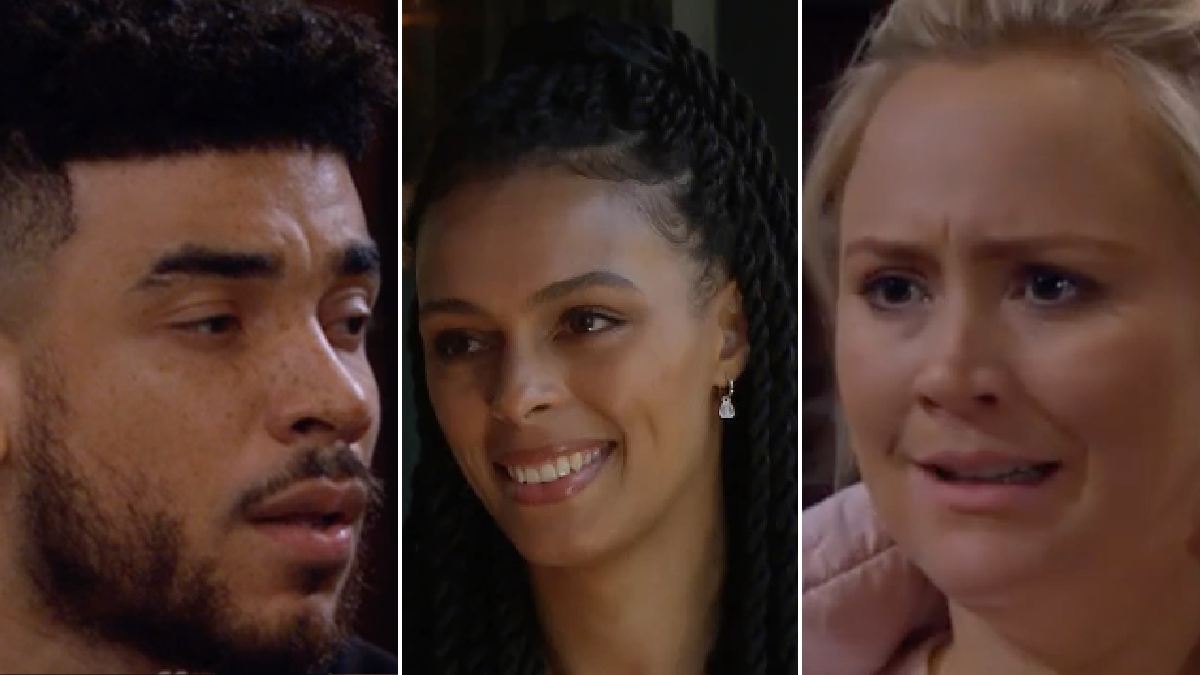 Nate Robinson (Jurell Carter) had some explaining to do in Emmerdale when he did not return home after a night out.

The farmer claimed to have stayed at Billy Fletcher’s (Jay Kontzle) flat, after the two enjoyed a drunken night, but it soon became apparent that this was not true.

Cain Dingle (Jeff Hordley) was not pleased to hear that Nate spent the evening with another woman, named Fiona, who he’d met at the bar, and therefore he wasted little time in quizzing his son – demanding to know if he’d cheated on Tracy Metcalfe (Amy Walsh).

Nate was adamant that he did not have sex with Fiona, claiming that he’d simply passed out on her sofa after she brought him back to her place so that he could use her landline.

Viewers saw much of the scenes in question unfold during an earlier episode, as Fiona encountered Nate outside a bar, and asked him to pretend to be her boyfriend so that she could evade a man who would not take the hint.

The two got on really well. Fiona asked Nate if she could buy him a drink, but Nate declined, telling her that he needed to be elsewhere.

But when his phone broke – and he was unable to get a taxi – he agreed to accompany her back to her place so that he could call for a cab there. .

Cain, in spite of his initial reservations, believed Nate’s version of events, but urged him to keep shtum, claiming that it’s unnecessary to worry Tracy if nothing happened between he and Fiona.

But Tracy soon found out the truth for herself, when Ellis Chapman (Aaron Antony) failed to back up Nate’s story about crashing on their sofa.

‘You have been lying to me all day,’ she said. ‘And then you brought me here to butter me up and lie to me some more, when all the time you knew you’d stayed at some girl’s house.’

Nate promised her that he had not unfaithful, but Tracy wasn’t interested in his words, telling him he can now stay at Ellis’ for real.