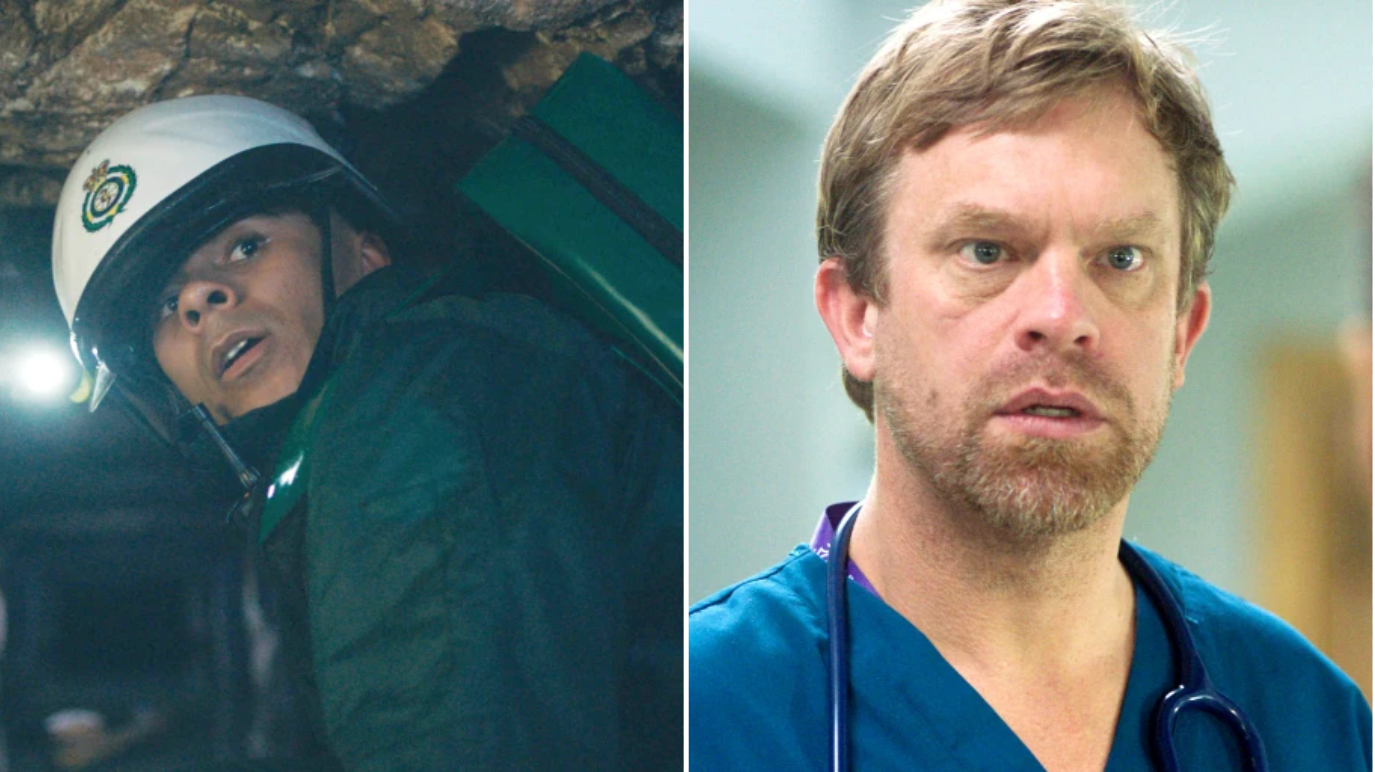 It’s another double Casualty week and as always, there’s a lot going on for the Holby City ED staff.

There’s heroics for Teddy (Milo Clarke), a disagreement between Faith (Kirsty Mitchell) and Iain (Michael Stevenson) over a patient, a shock for Dylan (William Beck) when he recognises someone who’s been brought into the ED, and a big decision for Robyn (Amanda Henderson) after she finds herself bombarded with other people’s opinions over whether she should go ahead with the surrogacy arrangement with Marty (Shaheen Jafargholi) and Adi (Raj Bajaj).

When Jan (Di Botcher) and Teddy are called out to a young man who’s fallen down a disused mineshaft that’s rapidly filling with water, Teddy ignores Jan’s explicit orders of ‘no heroics’ and rushes to the rescue.

But as the water rises and with his patient in a critical condition, Teddy makes a reckless decision that he may live to regret.

Robyn is annoyed when everyone seems to have an opinion on whether she should go through with the surrogacy arrangement with Marty and Adi. Paul (Paul Popplewell) is concerned that the two would-be fathers have given her a contract, which he thinks is suspicious.

When Charlie (Derek Thompson) overhears their conversation, he also gets involved and worries that Adi and Marty are taking advantage of her. Under all this pressure, Robyn makes a decision.

When a patient comes into the ED after a fall, along with her young son, Faith tries to get to the bottom of how they ended up in their current situation. Iain is less understanding of the patient’s predicament – understandable, after she bit him – and he and Faith clash over how to proceed.

In the second episode, Stevie (Elinor Lawless) tells Marcus (Adam Sina) that she’s determined to be clinical lead before too long. ‘If Dylan the emotionally impotent can do it, so can I,’ she tells him.

Marcus has now been made a permanent member of staff, with the job title of general manager. He wonders whether he and Stevie should go public about their relationship now he’s going to be staying around – but she has career matters on her mind.

Her first patient of the day is a woman called Laura Douglas, and Stevie is irritated when Dylan insists on taking over the case from her. What she doesn’t realise is that Dylan knows Laura – but what’s their connection?

Stevie busies herself with looking after a young woman called Ayesha (Tia May Watts), who comes to the ED after passing out. But why does she give the staff a false name?

Sah (Arin Smethurst) is angry when they and Jan are called to the scene of a house fire, which they discover is at the home of a disabled man (Travis George) who is being bullied. Sah – back to work early after being attacked by a patient – rushes to deal with the bullies.

Robyn has a difficult shift dealing with the aftermath of her big decision, and things aren’t helped when she gets accidentally hit in the face while she’s working. Receptionist Paul tries to convince her to give their relationship another chance.

Will she agree – especially after she’s seen him flirting with one of the cleaners?