EastEnders bombshell Kara Tointon shared an adorable video as she paddled in a swimming pool with her baby son.

The former EastEnders cast member, who played Dawn Swann, pulled the baby along the water in an inflatable ring in the cute clip.

Kara donned a black swimsuit with tiny white polka dots printed all over, leaving her fans hot under the collar.

The plunging one-piece showed off Kara’s jaw-dropping curves as she played with her son, who she gave birth to in November last year.

It didn’t take long for her fans to take to the picture to compliment her as one posted: “Such a lovely picture.”

Another added: “Too much cuteness.”

A third chipped in: “So beautiful.” 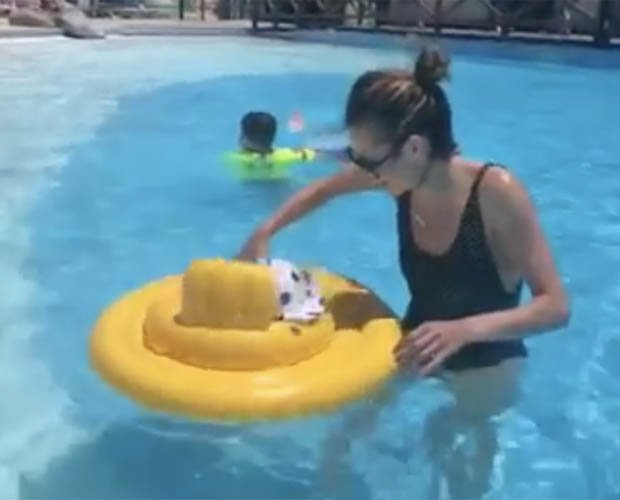 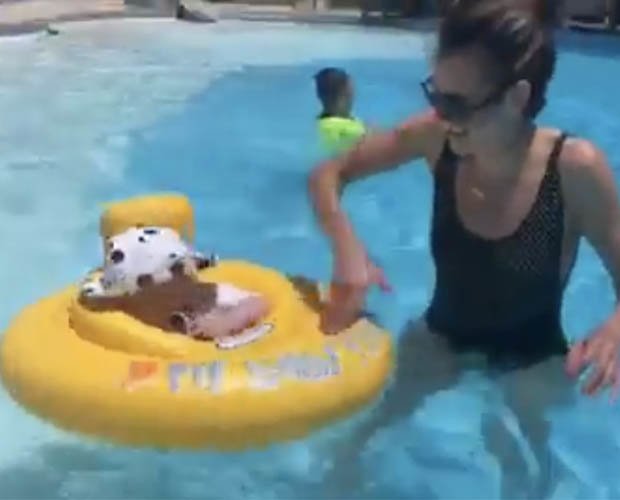 A fourth wrote: “This is so gorgeous.”

Kara left EastEnders in 2009 after playing Dawn for four years, leaving with her daughter Summer and love interest Garry Hobbs.

Dawn’s biggest storyline while she was on the soap was her feud with ‘Mad May’, the wife of the father of her child. 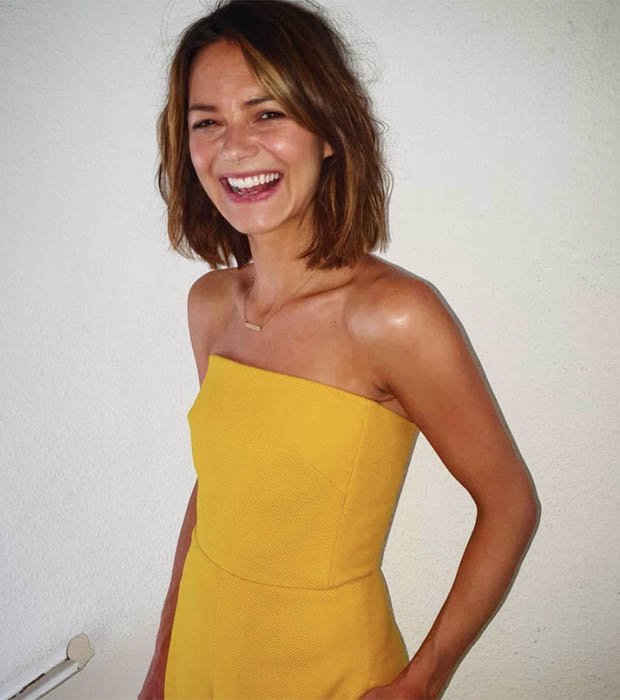 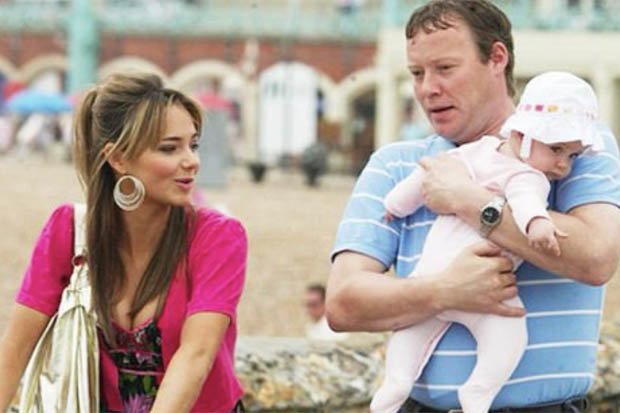 May offered to buy her baby after discovering her affair, and things turned very dark when Dawn changed her mind.

The doctor tried to tied up Dawn to give her an illegal caesarean, before later returning to steal the baby from her.