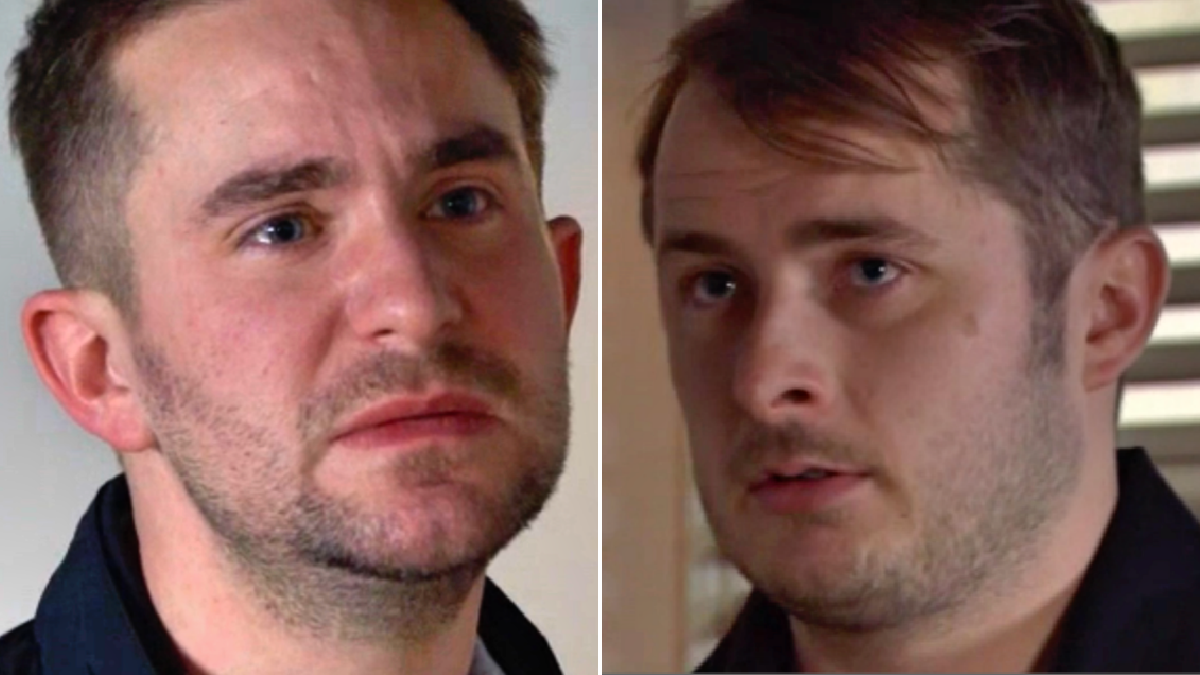 Callum Highway (Tony Clay) demanded that Ben Mitchell (Max Bowden) collect his things and move out of their new flat in EastEnders, believing that he cheated on him with barman Lewis Butler (Aidan O’Callaghan).

Ben, as viewers know, was raped by Lewis during Monday’s (May 23) edition of the BBC One soap.

He’d messaged Lewis previously on a dating app, before meeting with him in The Prince Albert. But as one thing lead to another, Ben withdrew his consent, determined to reunite with Callum.

Lewis, however, refused to take no for answer and raped him in harrowing scenes. Ben has struggled to process what happened, with subsequent scenes seeing him attempting to explain where he was on the night in question.

Callum came to believe that his husband had cheated on him with Lewis. Ben didn’t deny the claim, and thus Callum told him that their marriage is over, returning his wedding ring.

Ben was relieved when Callum popped round to their flat in Thursday’s (May 26) edition of the serial drama, but there was soon more heartache, as the copper asked him to get his stuff together and move out.

‘My brother is sick and having chemo,’ he said. ‘Last night I was laying there listening to him wretch, I thought to myself: “Why am I the only laying on the floor?

‘I found this place and I’m keeping it. You need to go!’

Ben pleaded with Callum to reconsider, asking him if Lexi can keep her room, remarking that she was really ‘excited’ about that.

Callum, however, remained steadfast in his decision, reiterating that Ben supposedly made this mess, so he can be the one to break the sad news to his daughter.

Ben, heartbroken, was left standing there in silence, as Callum stormed out. He did as he was asked, collecting his things and moving in with Kathy (Gillian Taylforth).

He spent the rest of the episode selflessly trying to save Callum’s career, as he pleaded with Lewis not to report him for punching him earlier this week.

Will Ben be able to open up about what he’s going through? Will he able to explain that, despite what everyone thinks, he did not cheat on his husband?

EastEnders continues Monday May 30 at 7:30pm on BBC One.

You can visit the Survivors UK website here for more information and support on men and non-binary people who have been affected by rape or sexual abuse.