EASTENDERS fans are in shock after Mick Carter nearly crashed into a wall on tonight's episode as he continues to grapple with his childhood trauma.

The former Queen Vic landlord – who is played by actor Danny Dyer – was sexually abused by Katy Lewis while caring for him in the system when he was just 12 years old. 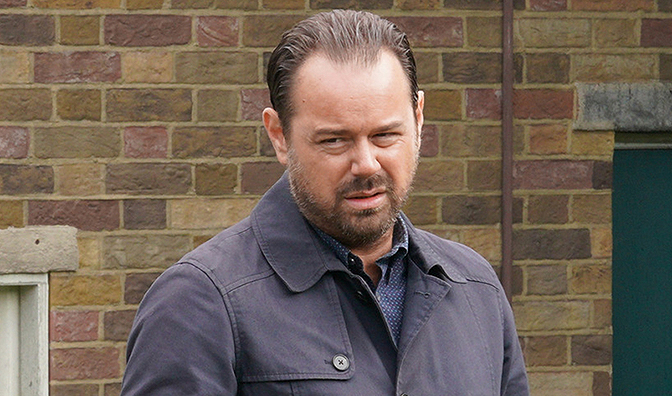 Mick has since been on a destructive downward spiral after Katy resurfaced in Walford last week and manipulated him into thinking Frankie wasn't his daughter.

Things almost came to a crescendo this evening when a sombre Mick drove Linda, who only learned of his bar brawl, to the supermarket.

Confronting him over his fight, a worried Linda, who is unaware of his trauma, warned: "I don't want you walking around on eggshells.

"You're keeping everything bottled up and then taking it out on a bunch of idiots no matter how much they'd be asking for it.

"I just want to put this right Mick. Fix us. Fix me and you," she pleaded.

"And if you don't want to talk to me then talk to Tina or Shirley or anyone
but please Mick, please will you talk to someone?

"Because if you don't, I don't know how this is going to end. Do you hear what I'm saying to you?" she concluded.

However, Mick didn't engage much in the conversation and looked ahead out the car window towards the wall infront of him in the car park.

As Linda left the car, viewers watched as he began to rev his engine and mull over whether to drive straight into the wall in order to injury himself.

Just as he makes his decision to slam down on the accelerator, Linda opens the car door revealing that Mick's action was all in his head.

Taking to Twitter over the incident, one worried viewer penned: "Fgs, Mick. He should see someone & get help!"

A second said: "Oh wow. Mick’s issues are worse than we thought!"

Another added: "EastEnders had me on the edge of my seat."

While the scene shocked many, unfortunately Mick's mental state is only going to deteriorate even further when he decides to revisit the care home where Katy abused him next week.