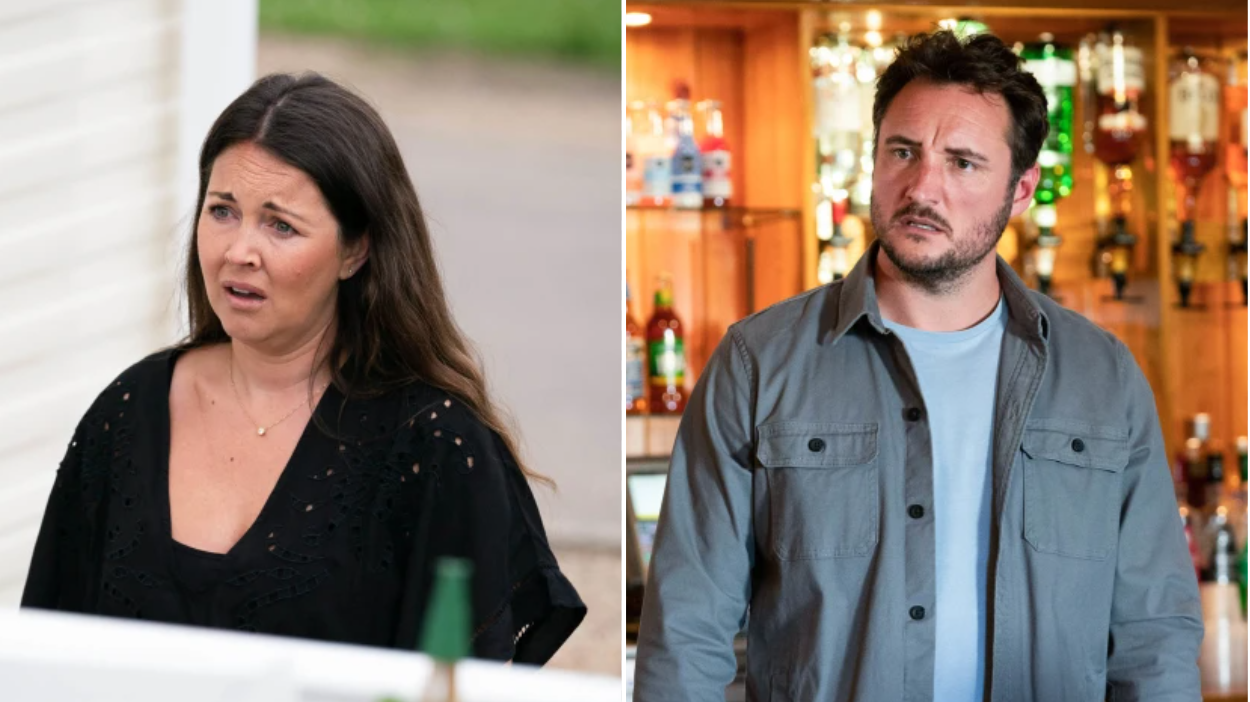 Stacey Slater (Lacey Turner) and Martin Fowler’s (James Bye) relationship broke down a few years ago in EastEnders, when Stacey was away from Walford and started seeing someone else, and Martin moved on with Ruby Allen (Louisa Lytton).

After a lot of challenges, Stacey and Martin now remain good friends and are often found supporting each other.

Just recently, Martin helped Stacey find Jean (Gillian Wright) at Southend, who was in the middle of a bipolar episode.

With things in a good place, Stacey tells Martin they need to use a holiday at a caravan park they booked before the pandemic.

Martin declines so Stacey turns to Kheerat (Jaz Deol) – who also says no.

During a chat with Zack (James Farrar), it’s clear Martin feels bad about saying no to the holiday, so he packs a bag and heads over to Stacey’s.

However, on the way, Kheerat approaches Stacey as well, who’s getting ready to leave.

Unable to choose, Stacey tells Kheerat and Martin they can both go with her and the children, but things get off to a very rocky start.

Annoyed after losing a game against Martin, Kheerat gets grumpy, and Stacey confronts him about his attitude, certain he thinks he’s too good for a caravan park.

With Stacey unimpressed, where does this leave her relationship with Kheerat?

Could she betray him for Martin and old love?