Karen (played by Lorraine Stanley) takes her duties as a mother and grandmother very seriously, wanting to know where all six of her children are and how they’re doing. Earlier this year on EastEnders, she had to bid farewell to her eldest son, Keanu Taylor (Danny Walters) after his affair with Sharon Mitchell (Letitia Dean) resulted in the birth of his son Kayden. Therefore, five of her offspring still lived on the Square before the residents of Walford were forced into lockdown. Unfortunately, as the characters emerge from hibernation in upcoming scenes on the BBC soap, it seems the Taylor family will be two people less.

Although they haven’t been at the centre of a big storyline like their siblings have, twin brothers Chatham Taylor (Alfie Jacobs) and Riley Taylor (Tom Jacobs) have been present figures within the family dynamic.

Inadvertently, the pair have found themselves in trouble on numerous occasions and due to their learning difficulties, they were bullied by former resident, Denny Rickman (Bleu Landau).

Before the weeknight serial drama was taken off the air back in June, the duo were still living under their mother’s roof.

However, when the action restarts next month, Karen’s son’s will be notably missing from the set-up as they moved away from the Square.

Speaking with Express.co.uk and other press, actress Lorraine, 44, explained how her alter-ego will be heartbroken by her loss. 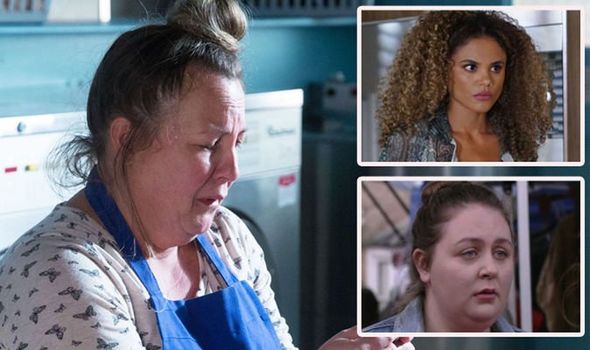 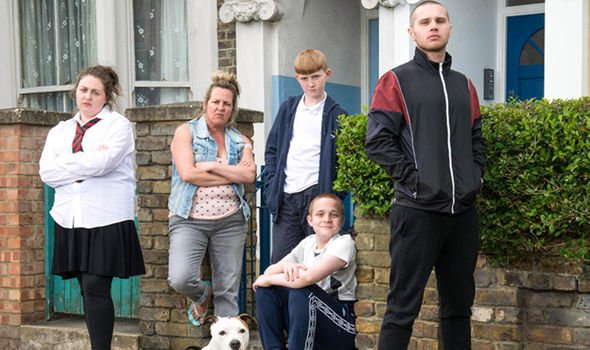 “But her sons, they decided they would go and live with their dad because there wasn’t enough space in the house.

“And with their NF1 [learning difficulties], they wanted to go and live with their dad. He’s got a big house and garden.

“So, they went to live with him, which broke her heart,” Lorraine added, so it might be sometime before twins Chatham and Riley are seen back on screen. 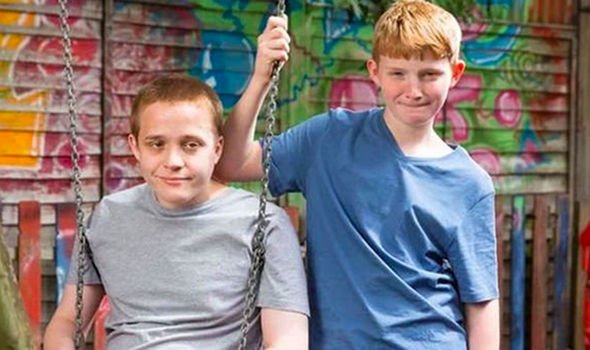 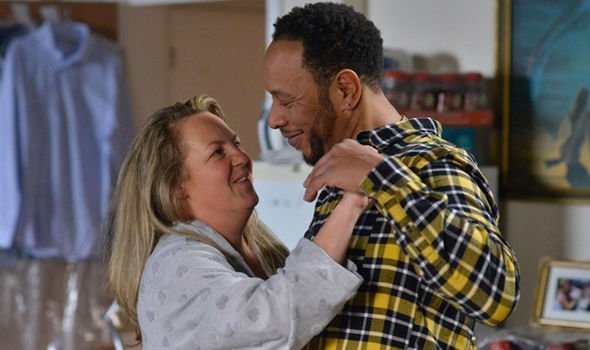 Could their return see the introduction of another one of Karen’s former lovers and their father, however, with more secrets about her past explored?

Despite the loss of her youngest sons, the mother-of-six did have support from those she was living with, who managed to distract her from her heartbreak.

“She had Mitch there and Bernie there and Mitch sniffing around her probably but I think she had the best lockdown.

“She was probably in her onesie the whole time cooking, eating, drinking, playing Twister board games.”

“They would’ve had a proper laugh,” the soap star said, before talking about what the future holds for her character.

Lorraine explained of what the next few months hold: “The Taylors are in for a really hard time. Nothing’s ever easy for them.

“So we’ve been filming some really dramatic stuff and some really gripping scenes. That’s all I can say.

“But it’s absolutely brilliant. I’m really pleased with the sort of stories we’ve been doing. So watch this space.”

CAN’T SEE THE POLL BELOW? CLICK HERE TO OPEN IN YOUR BROWSER

The mother-of-two has been under the rule and control of her husband Gray Atkins (Toby Alexander Smith) for a long time, with the latter abusing his wife for years.

When the soap returns, the former will make her bid to escape her spouse’s evil clutches, which could involve leaving the Square.

Does this mean her mother could be bidding farewell to her fourth child in as many months?

EastEnders returns Monday, September 7 at 8pm on BBC One.