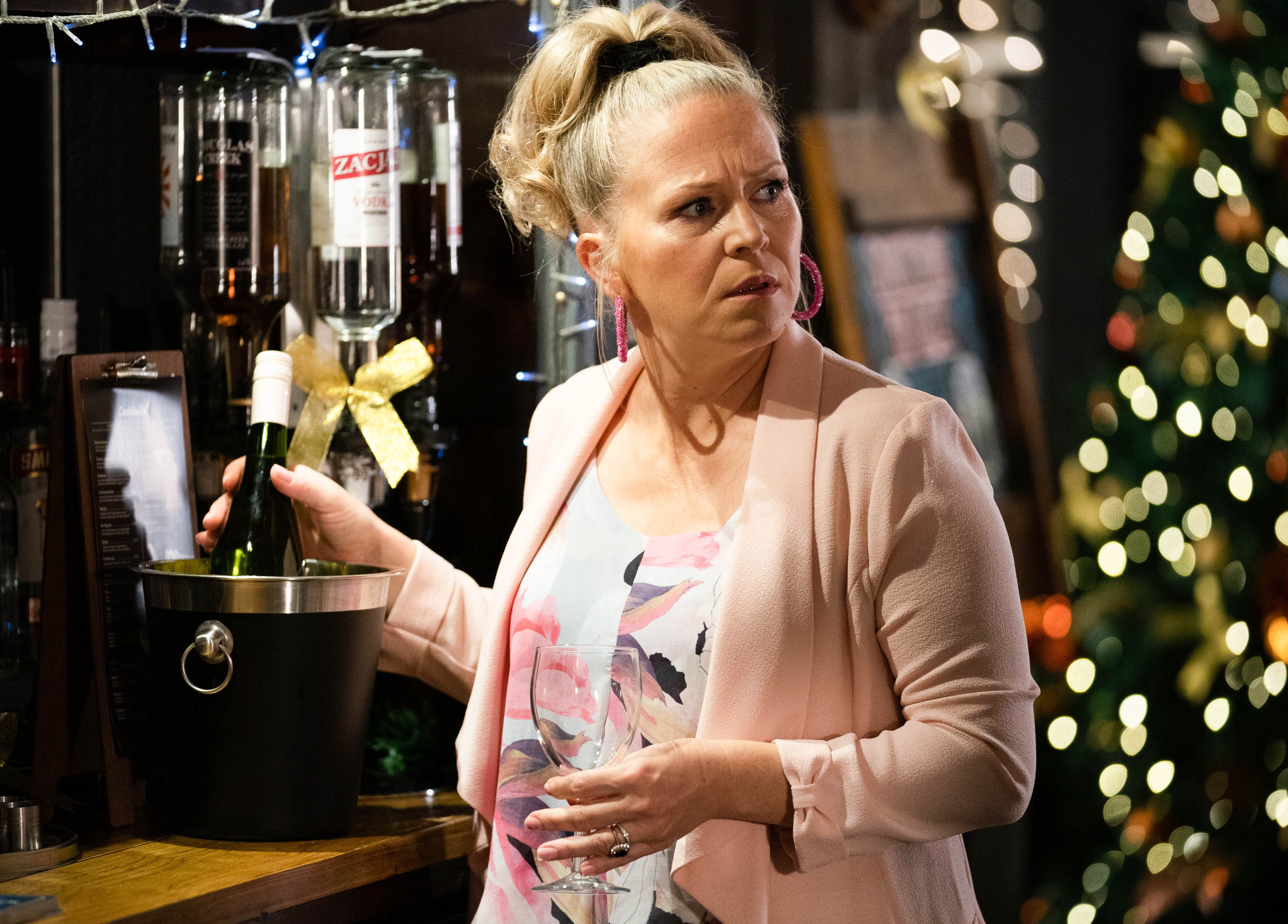 The 45-year-old has been on maternity leave from the BBC One soap after welcoming her third son Rudy into the world in June.

However, in pictures obtained by the Daily Star Sunday newspaper, Linda will reunite with her husband Mick Carter (Danny Dyer.)

Their reunion will be far from rosy though as it seems the former landlady is still struggling to destroy her drink demons, as images show the alcoholic fighting with her daughter Nancy (Maddy Hill) at Tina Carter’s (Luisa Bradshaw-White) funeral.

A source told the publication: ‘After Tina’s body is found, her funeral is held and all her loved ones gather to pay their respects.

‘And Linda is at the centre of the drama, as always.

‘She has a blazing row and swigs from a bottle of booze. It’s just what you’d expect from an EastEnders funeral!’

It is believed Kellie is now back to work full time, following a brief reappearance on the soap in December 2021, with the funeral scenes due to air in spring.

Linda fled Albert Square last September with her newborn daughter Annie after she was desperate to keep the identity of the baby’s father, Max Branning (Jake Wood) a secret.

But Kellie – who also has sons Freddie, 10, and five-year-old Gene with her husband Paul Stocker – doesn’t look likely to go on maternity leave again as the star admitted in October that her third child will be her last.

‘I’m trying to savour every bit as these first few weeks are so precious and this is definitely my last!

‘I’m sure your body makes you forget how hard the first few weeks are and what that sleep deprivation is like. It’s like nothing else!

‘We went to Cornwall a couple of weeks after he was born which was a bit crazy, but it was lovely having that time just the five of us so we could all get to know each other.’