Nancy (played by Maddie Hill) will make her long-awaited return to EastEnders this week after leaving Walford four years ago with her husband, Tamwar Masood (Himesh Patel). The beloved character will have a lot to catch up on and the biggest change will be learning she has a half-sister in newcomer to the BBC soap, Frankie Lewis (Rose Ayling‑Ellis). With no warning about coming back home after living in New Zealand with her spouse and Tamwar clearly not with his wife, it could be Nancy is running away from a death she could have caused.

The drama kicks off next week as she begins to settle back into the Queen Vic which her mother Linda Carter (Kellie Bright) and Mick Carter (Danny Dyer) have just returned to.

Noticing the tense atmosphere between his daughters, the pub landlord decides to get out the board games to liven things up.

However, it will be clear there is something playing on Nancy’s mind as she will be seen trying to track down a delivery.

Her behaviour doesn’t go unnoticed as the matriarch of the Carter clan becomes suspicious about why her daughter is on edge.

What makes the landlady even more sceptical is when Nancy refuses to look after her little brother, Ollie (Harry Farr). 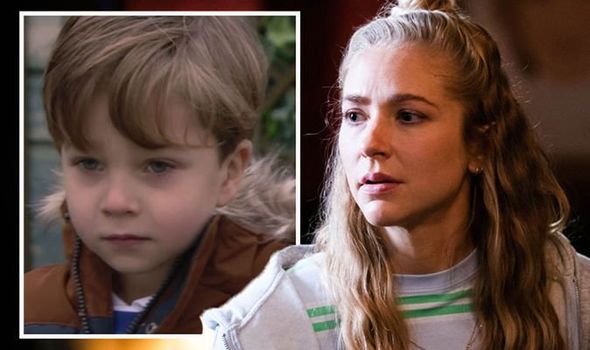 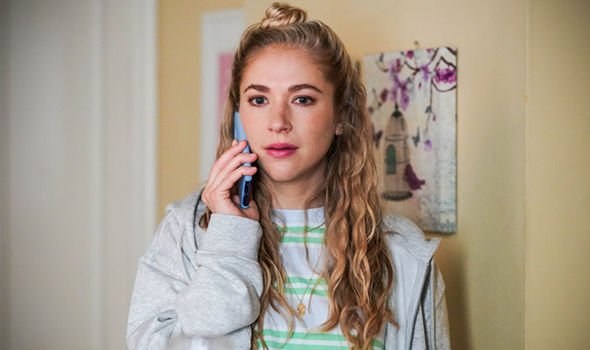 Eventually, Nancy’s lost package arrives at the Queen Vic and she rushes to get it before anyone else can see.

This provokes curiosity from her father over what his daughter could be hiding but when she’s asked to look after Ollie again, it seems the character is deeply troubled.

With Mick wanting to take Frankie out for a driving lesson, there is no one else to look after the youngster and so Nancy is left with no choice but to care for him.

The brother and sister end up going to the park but it’s not long before Ollie has an accident and falls over. 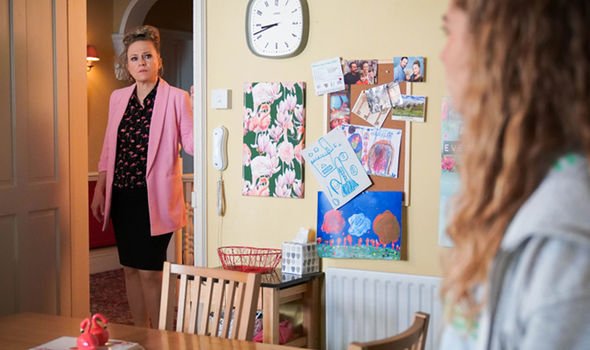 So excited to be coming back

What makes the matter worse is Nancy’s back is turned so wasn’t able to witness what happened to her brother.

This leaves the Carter daughter feeling an immense sense of guilt as her parents trusted her to look after Ollie.

The returning character profusely apologises to the owners of the pub as she tries to rectify her mistake in the best way she can.

Noticing his daughter is clearly troubled about something, Mick schedules for the pair of them to spend some one-on-one time together. 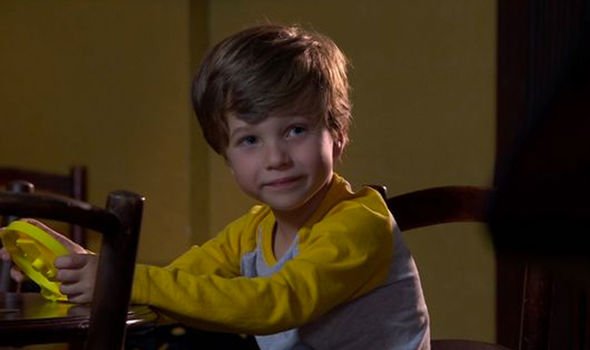 Viewers will have to wait and see what happens but sitting down with her father, Nancy could confess to the death of a child.

Mick could listen as his daughter explains how she and Tamwar were helping out at a local school on their travels around the world.

Given the responsibility to look after the children, the husband and wife could have decided to take their class out on a field trip.

Unfortunately, the situation could have turned deadly if one of the youngsters had an accident and died under their watch.

This is why Nancy could feel so guilty over the accident involving Ollie as it reminds her of the death at the school.

Although she didn’t cause the death, the character could still feel immensely guilty for what happened, which could’ve led to the break down of her marriage.

However, would her father be able to convince her to think otherwise and that there was nothing she could’ve done to save the child?

With the mystery package coming into question, Nancy could explain this is the last of her things from Tamwar after they decided to get a divorce.

Speaking about her character’s return to the show, the actress who plays Nancy, Maddie, said: “I’m so excited to be coming back and reconnecting with all the hilarious, warm, talented cast and crew and meeting some lovely new faces.

“I absolutely loved playing Nancy and have often wondered what she’s up to, so feel very grateful to be able to rediscover her five years on!”

Executive producer Jon Sen teased a big secret as he explained: “We’re delighted to have Maddy back and I can’t wait for audiences to see what’s in store for Nancy.

“There’s a lot of mystery surrounding her return and she’s coming back to a family that have been through a very difficult year – things are definitely not as Nancy left them.”

EastEnders continues Tuesday at 7:30pm on BBC One.