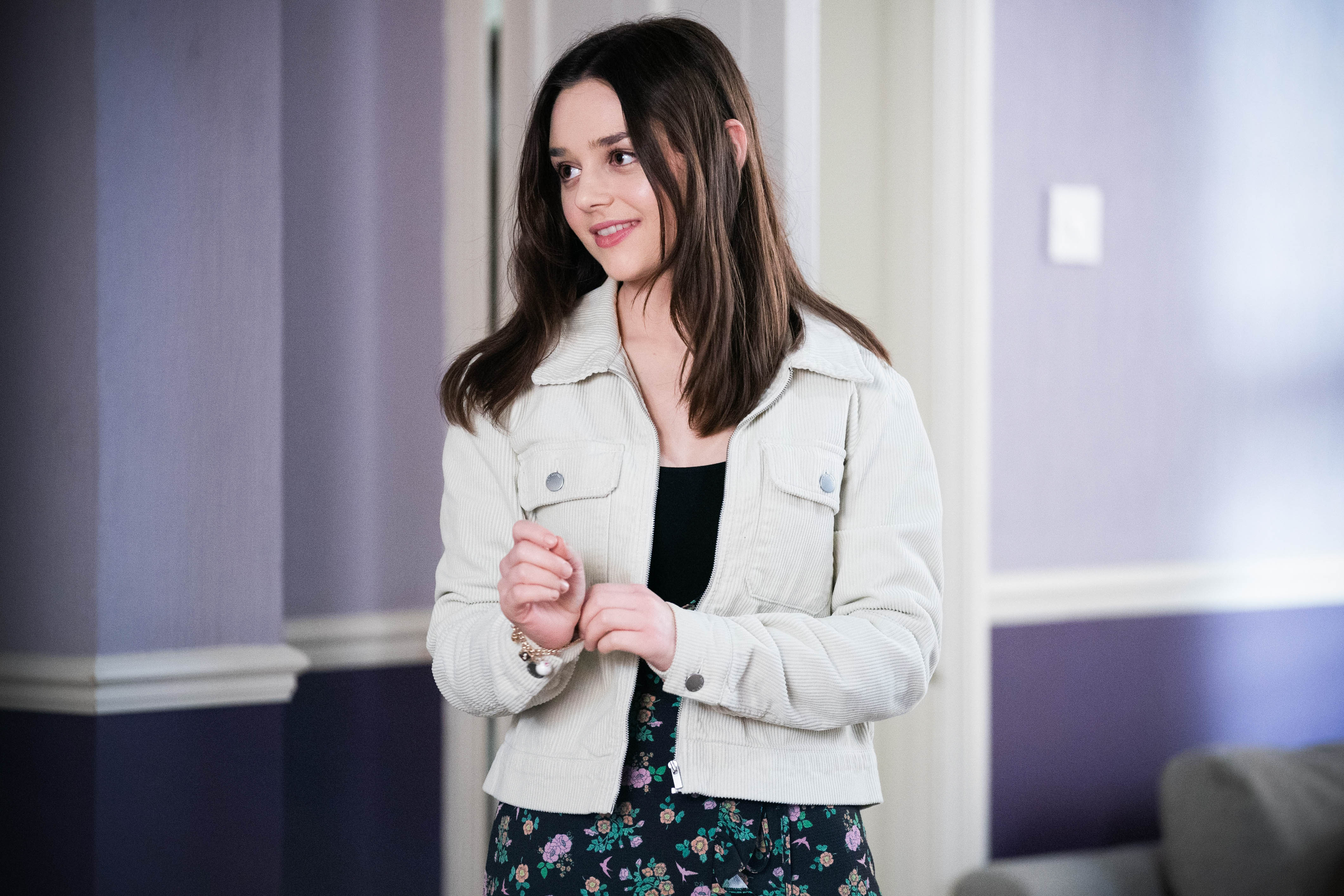 It’s pretty unusual for a soap to have a genuinely nice character without sneaky motives and sinister secrets so Dana Munroe has been a breath of fresh air for EastEnders fans – and even moreso for Bobby Beale.

Brought in as a love interest for troubled Bobby, Dana was soon thrust into the drama of discovering his shocking past, the intolerance of bigots when she was attacked and the horror of learning of her brother’s far right involvement.

Here, Barbara Smith, who plays her, reveals that she thinks Dana and Bobby have had quite enough angst for now.

She tells Metro.co.uk about her hopes for the relationship’s future, her working relationship with Clay Milner Russell, which Walford icon she wants to work with and whether it’s #Dobby or #Bana.

It’s so #Dobby, I don’t care what anyone says.

How have you been settling in?

I’m settling in so well, the time is flying by; next month I will have been there a year which is crazy. They were so welcoming to me and I just love it there. Dana is someone who I’d be friends with in real life so it’s just a pleasure to play. I have never played someone like that before. I have been learning so much, especially from Ross and Charlie who are such seasoned actors. I am trying to take in all their knowledge. I was such a fan of the show as a child so that makes it even more crazy.

But I’m also really enjoying developing Dana as a character as we first saw her as Bobby’s girlfriend so I am liking discovering who she is.

Did you know from the start that you would be long term or was there a ‘testing period?’

I initially joined for six months and it was for the Bobby storyline and it was a testing period. Then I had a dad and a brother brought in. I think they were always planning that storyline but I don’t think they had worked the final details out yet

Honestly, I am so lucky. I have had such an amazing response from people saying they love her, she has a heart of gold and they want to protect her. I get so many lovely messages that they think I’m a good actress and there’s been so much support for Dana and Bobby’s relationship – they use the word adorable for them. People did prepare me for the possibility of getting one or two nasty messages and that it’s not a reflection on me but I haven’t actually had any!

What attracted you to the role of Dana; was it that she is quite pure and generally a nice person?

Yeah it actually was – and also, she’s kind of a more innocent wholesome version of the girl next door and I love playing someone so smiley and bubbly. I have never had a romantic story on screen before so I was attracted to that to try. In recent situations she showed a manipulative side maybe slightly but generally she always comes from a place of apathy and kindness. As you say, it’s so rare in anything to have a character like that

Do Bobby and Dana have a ship name yet?

I really like #Dobby but people seem to have latched onto #Bana. I suppose it’s better so as not to remind you of elves but then Dana and Bobby probably would dress as elves at Christmas so I like it!

Were you nervous with the romance scenes or did you take it in your stride?

No there really was intimidation – I was very very nervous. Especially at the start when we were in much tougher Covid restrictions, I was having to get across that I fancied Bobby and then was in love with him but without even touching him. That was a huge challenge. When we got to kissing, I was so nervous and Clay was too but he was able to reassure me and ‘we’re in this together’ kind of thing which put me at ease.

How do you get on with Clay, is it an easy working relationship?

Oh it’s so easy, we get on so well and are really good friends, I am so grateful to have met him. We get the train together to the studio so have a lot of time to chat and stuff. It’s great.

Do you want Dana and Bobby to last or would you want more hardship?

I would love for them to stay together, they have so much in common, they love anime and other shared interests which keeps them together. I think they’ve had enough hardship to be honest!

They’re so young and neither of them have experience of a serious relationship so they’re having trouble navigating that and it comes across. So I think that may be what causes problems for them.

They’re two teenagers very much in love and they’re so normal in that respect. I think it’s important to get across to viewers that they are just a normal couple and I remember when I first started, Jon Sen described them as Romeo and Juliet. Under it all, they’re totally in love.

Which other characters would you like Dana to mix with?

When I watched it, it was the whole Stacey and Max affair stuff and I am a huge fan of Lacey. Dana hasn’t had too much with her yet but I have more interactions coming up and I am excited to see how they get on. I’m interested in all that. Lacey is incredible.

How has your life changed?

The biggest thing is people recognise me, that’s the craziest change for me. It still feels surreal that people recognise me and it means a lot to them to chat to me. I hold that really close to my heart. It has also given me a lot of confidence; I was confident before but it’s really built me up even more.

If you were in charge, what storyline would you give to Dana?

Oh, that’s a good question, a hard one! I’d like to see Dana ordering around people a bit, telling people what to do, execute her own visions. Also, she could work with people who have been radicalised and trying to stop that. That could be where she comes into her own and has a bigger voice.