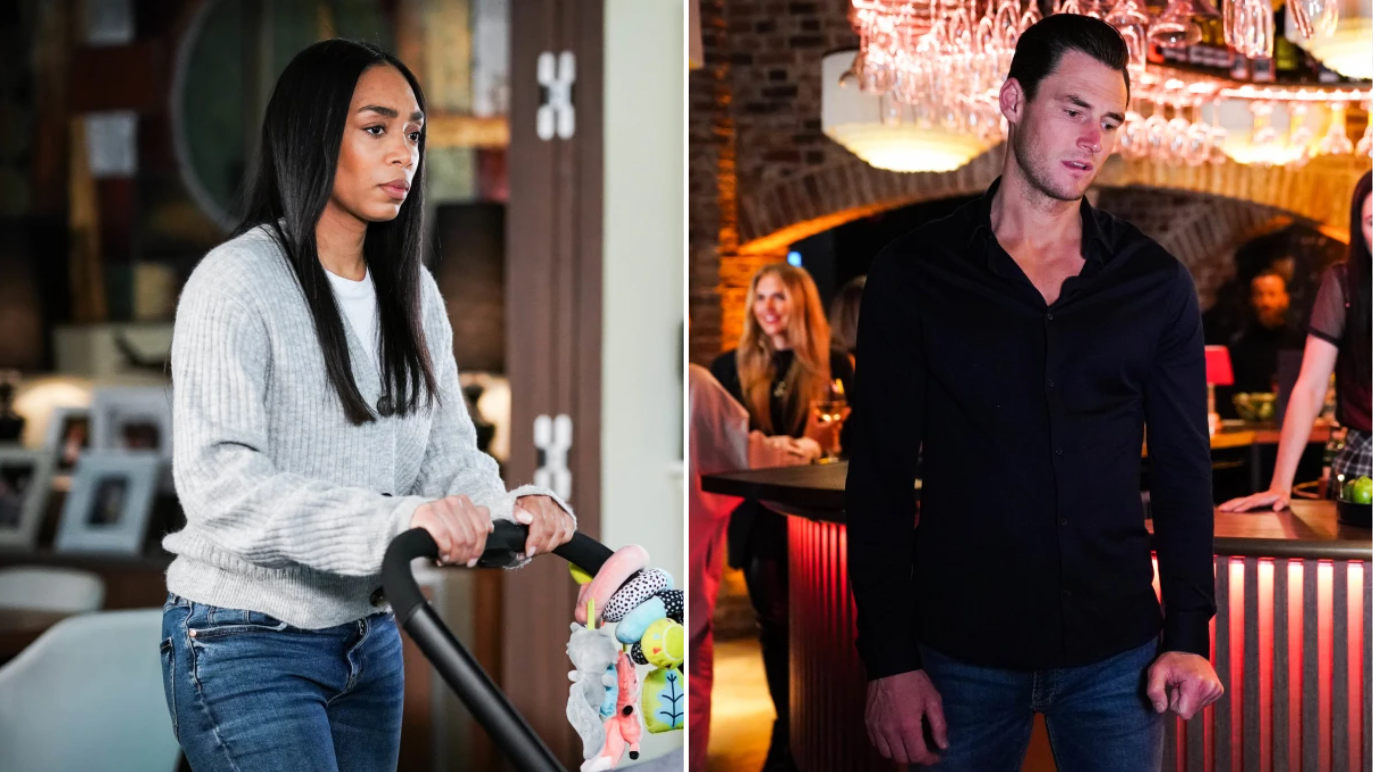 Chelsea, as viewers will recall, was in a relationship with Gray for months.

Initially, she worked with Whitney (Shona McGarty) and Kheerat (Jaz Deol) to try and find proof he murdered Chantelle, but Gray was able to manipulate Chelsea and she ended up believing Whitney and Kheerat were the bad guys.

Gray’s time in Walford came to an end in March of this year, when he was finally arrested for Chantelle, Kush and Tina’s murders.

During the aftermath, Chelsea struggled to bond with her baby son, as she was constantly reminded of Gray every time she looked at him.

Fortunately, things have changed and now, Chelsea is settled – but is she looking for love again?

‘If Chelsea was to get with anyone – and I’ve been making a bit of a list! – Zack would probably be up her street’, Zaraah Abrahams recently told Inside Soap Magazine.

‘He’s a cheeky chappie, dresses well and has lived a bit, and even though he wants stability, he still likes a thrill. Although, does Chelsea want to be with someone who is better looking than her? I reckon she’d bring Zack down a peg or two!’

Teasing the future for Chelsea, Zaraah said: ‘Chelsea and Whitney are finding it difficult to run the house they inherited from Gray; it’s really expensive and they are trying to do whatever is necessary to keep it. So, the most obvious solution is to get flatmates. They’re going to rent out the rooms, and it might get messy between some of the characters.’

‘I’d love for her to establish a bit more of a business on the Square – maybe she could be the manager of Peggy’s one day?’, she added.

‘I would like Chelsea to go on the mum journey and for her to be a bit more vocal about how difficult it is, and why she doesn’t have the bond with Jordan that she was hoping for. I’d also like to see her in a new relationship… Yes, a sexy man for Chelsea, please!’

Zaraah Abrahams is nominated for the Best Actress award. You can vote here. The new issue of Inside Soap is available to buy now.