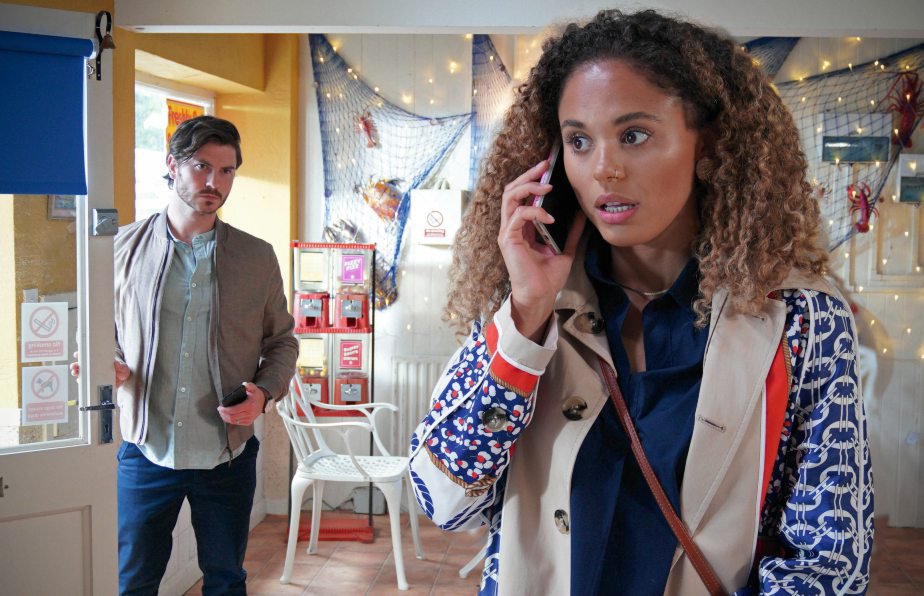 EastEnders star Jessica Plummer has suggested that her late alter ego Chantelle Atkins could return to haunt Gray (Toby Alexander-Smith) if his guilt overwhelms him over the murder of his wife.

Gray has since claimed more victims after murdering and covering up the demise of his wife after a long running domestic abuse arc.

But Jessica would be up for filming scenes of Chantelle manifesting herself as Gray loses his grip on reality ahead of his comeuppance.

She told Metro.co.uk: ‘I could be a ghost, yeah! I’ve missed the Square – because of Covid, I haven’t seen anyone since my last day of work! I’m in full support of anything that means Gray will pay for his evil doings!’

She also confirmed her belief that Gray will get his comeuppance as she discussed the ongoing conversation that Gray’s descent into a soap serial killer may have undermined the initial message of the story.

She explained: ‘At the time when we shot Chantelle dying, it was necessary and relevant and we achieved raising awareness at that point. EastEnders is a fictional show – the things that happen are sometimes reflective of reality and other times it goes beyond reality.

‘It’s there to keep people on the edge of their seat and keep tuning in. I really hope that people who feel it has taken away from the domestic violence storyline will feel satisfied with the eventual outcome because I imagine Gray will definitely get his comeuppance.’

It remains to be seen if the outcome meets the expectations of viewers but Jessica is proud of the work on the final scenes of her stint – which has landed the show a nomination for Bafta’s must see TV moment of the year.

She shared: ‘It was in June, straight after we came back to work – it was so different for everyone using stunt doubles, perspex screens, dummies and green screens.

‘To still achieve what we managed in those circumstances, the reactions from everyone and most importantly raising awareness – it would be a dream to win. There are some fantastic must see moments in that category so just to be nominated is a real honour.’