Emily Maitlis has been showered with praise after she called out an ‘active agent of the Conservative party’ on the BBC’s board, including by a Channel 4 boss who labelled her as ‘brilliant’.

Maitlis announced her departure from the BBC earlier this year, having joined in 2001 and hosted Newsnight since 2006, as she went on to join rival media group Global where she hosts a new podcast and a radio show with another former BBC journalist, Jon Sopel.

Speaking at the MacTaggart Lecture at the Edinburgh TV Festival on Wednesday, Maitlis spoke out about the BBC’s impartiality, revealing how shocked she was at how quickly the BBC moved to apologise to Downing Street after her controversial Newsnight monologue two years ago.

The TV presenter received immense backlash for her opening monologue during an episode of Newsnight in 2020, in which she said Dominic Cummings, then Prime Minister Boris Johnson’s chief adviser, had ‘broken the rules’ with a lockdown trip to Durham and ‘the country can see that, and it’s shocked the Government cannot’.

Maitlis’ comments attracted over 20,000 complaints and the BBC later decided that the presenter breached impartiality rules, saying in a statement: ‘We believe the introduction we broadcast did not meet our standards of due impartiality.’

‘Why had the BBC immediately and publicly sought to confirm the government spokesman’s opinion?’ she said, continuing: ‘Without any kind of due process? It makes no sense for an organisation that is admirably, famously rigorous about procedure – unless it was perhaps sending a message of reassurance directly to the government itself?’ 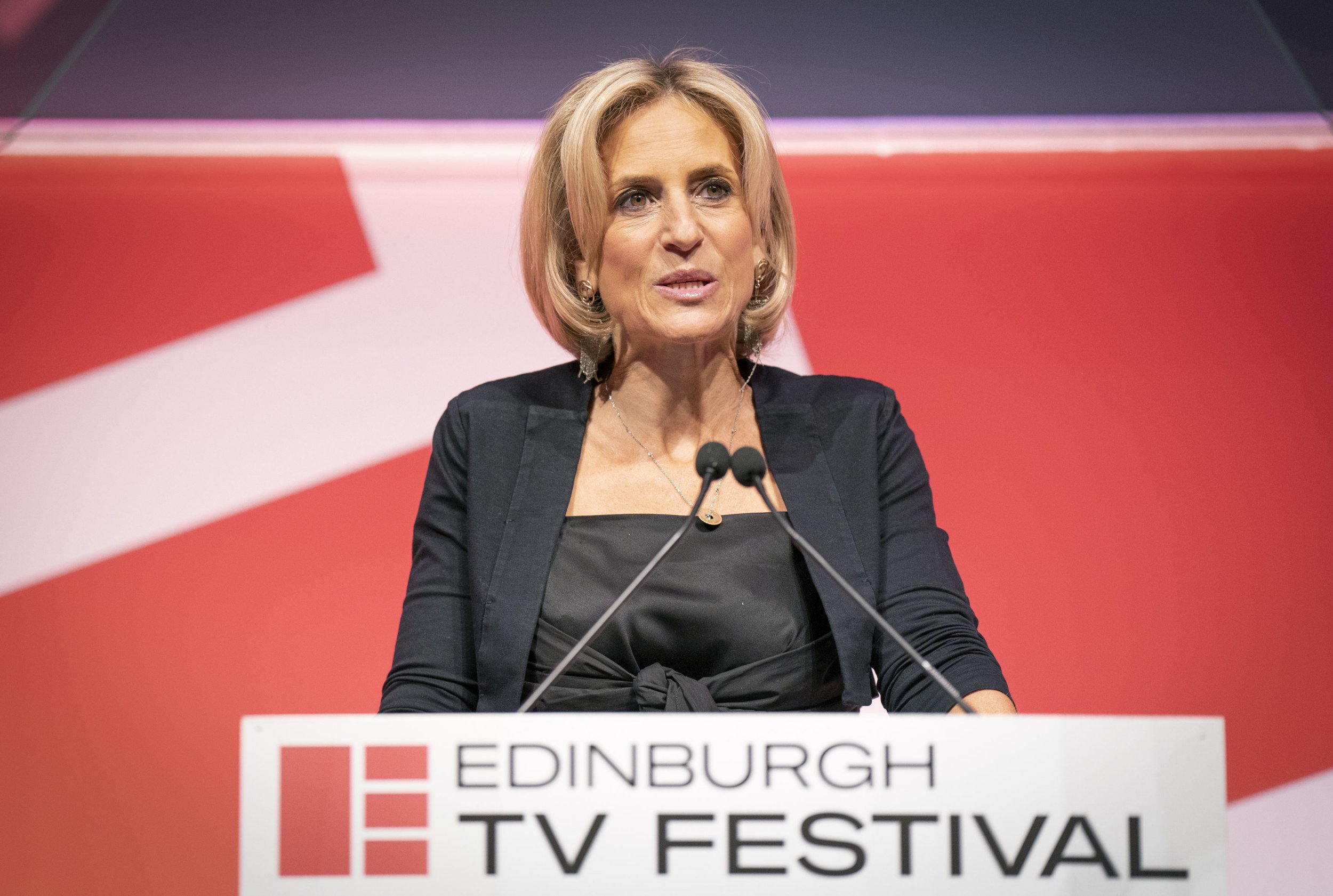 Referring to Robbie Gibb, Theresa May’s former communications director, Maitlis added: ‘Put this in the context of the BBC Board, where another active agent of the Conservative party – former Downing Street spin doctor and former adviser to BBC rival GB News – now sits, acting as the arbiter of BBC impartiality.’

Channel 4 boss Ian Katz has said he thought Maitlis’ speech was ‘brilliant’, and that it served as a powerful reminder that ‘due impartiality is the bedrock of journalism.’

Speaking at the Edinburgh TV Festival, the chief content officer at the channel said: ‘Impartiality does not mean calling out things that are simply untrue.’

He added that he thinks ‘the thing we have to obsess about as news organisations is trust’ and claimed that Channel 4 is the most trusted news outlet in the UK.

People have flocked to social media to share praise of Maitlis, with one writing: ‘THANK YOU, @maitlis for telling it like it is. God knows the BBC needs journalists like you, @jonsopel, @lewis_goodall etc with the guts to speak truth to power. It’s simply heartbreaking to see the corporation so neutered.’