Emmerdale: Charity Dingle says Noah is just like his father

Jamie Tate (played by Alexander Lincoln) disappeared from the village last year and ever since Emmerdale fans have been left wondering whether he is still alive or not. Jamie’s mum, Kim Tate (Claire King) may not have approved of her son’s actions, but she has remained hopeful that he is still alive. It’s only a matter of time before he makes his return to the ITV soap, and viewers have come up with a theory that links the villain to Charity Dingle (Emma Atkins).

In scenes that aired earlier this week, Charity got caught up in more drama when she discovered Amelia Spencer (Daisy Campbell) was pregnant.

After bumping into the 15-year-old at the doctors, Amelia was forced to come clean and admit Charity’s son Noah (Jack Downham), was the father.

Charity is left horrified, but does the right thing and accompanied Amelia to the doctors so she could go through her options.

Despite telling the Dingle favourite she “wanted her life back”, Amelia failed to explain how far along in her pregnancy she was. 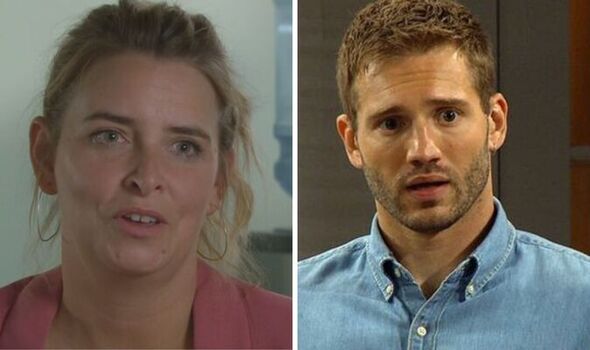 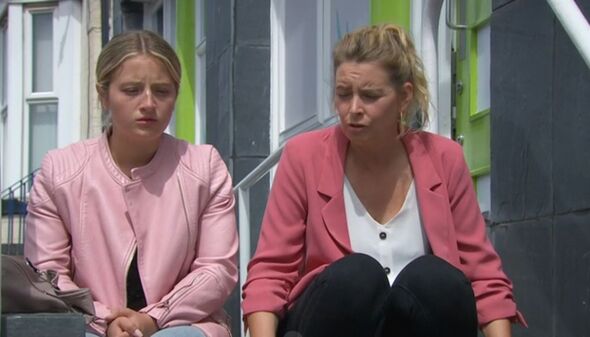 As they sat in front of the GP, Charity tried to tell Amelia that if she chose to terminate the pregnancy, she would have to undergo a procedure.

As they sat back at Charity’s house, Amelia panicked as she said she could feel “wings flapping” in her stomach.

The teen was left reeling as she began to feel her baby move.

However, as soon as Charity’s boyfriend Mackenzie (Lawrence Robb) came home, Amelia quickly made her exit. 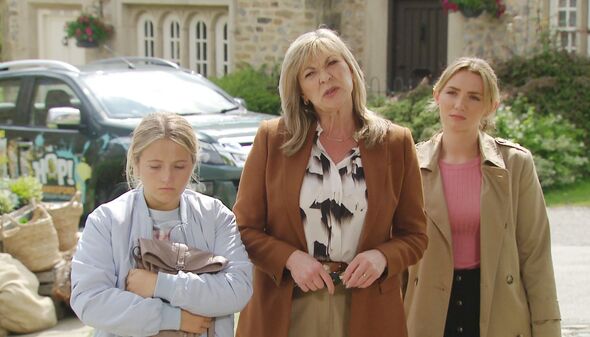 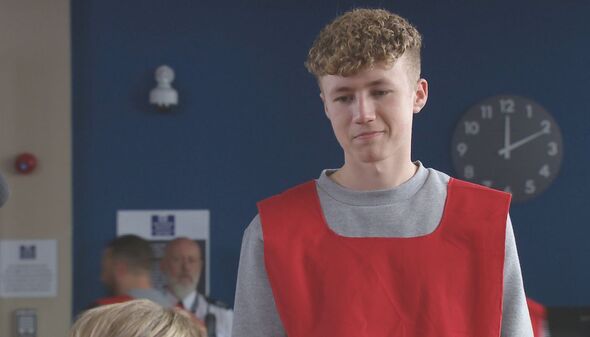 In a bizarre turn of events, as Mackenzie went to get the couple a takeaway, Charity took a call from the doctor.

It was then viewers realised that Charity was pregnant herself and that she was at the doctors to get a termination.

“I was supposed to have a termination today,” a tearful Charity said to the doctor.

“Yeah, it would be good to make another booking.”

However, as viewers watched the dramatic scenes unfold, they have come up with their own theories about who could be the father to Charity’s baby.

Many don’t believe MacKenzie is the father, and in a bizarre twist, some think Jamie Tate could be the real dad – and will make his return to the village very soon.

Taking to social media, Twitter-user Dragon predicted: “#Emmerdale I’ve got a feeling Jamie is the father of Charity’s baby!!”

Todd added: “Charity has got another baby father to add to the mix. #Emmerdale.”

“Am I the only one dying to know who the father is?! #Amelia #Charity #Emmerdale,” Brandon tweeted.

Others are convinced the villain will be making his comeback to the village for his mum’s wedding.

Ryan tweeted: “Jamie has to come back for the anniversary #Emmerdale.”

While Irene wrote: “When on earth is #Jamie going to make another appearance we know he’s alive!”