Emmerdale: Go behind the scenes in the village

As the 50th anniversary celebrations on Emmerdale come to a head, producer Jane Hudson teased one unlucky villager could end up spending life in prison. It’s not known who the unfortunate character will be but there’s plenty of suspects.

Harriet Finch (played by Katherine Dow Blyton) is yet to face up to being involved in killing DI Mark Malone (Mark Womack), with his body still hidden on Kim Tate’s (Claire King) land.

In a terrifying showdown with the copper, Harriet and Dawn Taylor (Olivia Bromely) shot Malone when he tried to force the young mother to take drugs.

The pair have kept the secret of Malone’s demise between themselves and Dawn’s father Will Taylor (Dean Andrews).

However, as always in soapland, nothing stays secret forever and it’s likely Malone’s body could be found very soon. 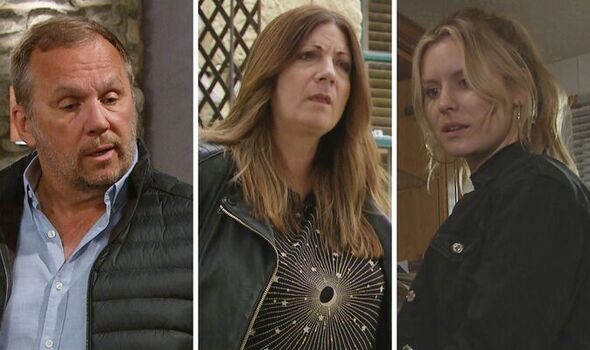 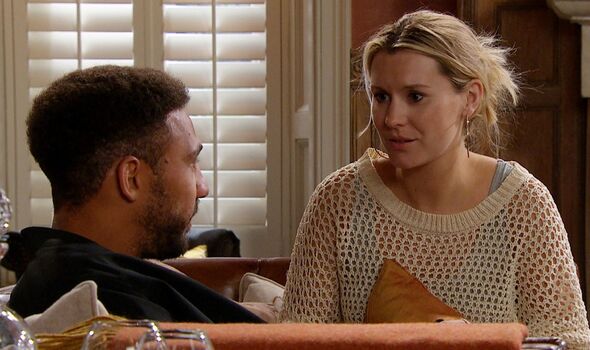 With Dawn now looking after son Lucas and her friend’s daughter Clemmie, could Will or Harriet claim they killed Malone and take the fall?

Kim is also aware of Malone’s body being hidden on the grounds of Home Farm after Will confessed to burying him there.

The businesswoman is set to marry Will later this year so it could be she asks Harriet to take the blame so she and Will get a chance at happiness.

But Harriet, Dawn and Will aren’t the only ones who could face time in prison. 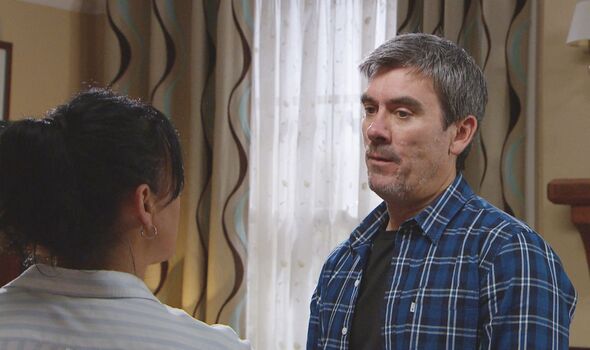 Cain Dingle (Jeff Hordley) will be furious when he learns Chas Dingle (Lucy Pargeter) has reignited her affair with his enemy Al Chapman (Michael Wildman).

With the stress of his mother Faith’s (Sally Dexter) terminal diagnosis, will Cain lash out and do something he regrets?

Cain could end up killing Al in a fit of rage and be locked away for murder.

Teasing the ominous fate of one of the villagers, producer Jane explained: “When we get to the end of October, it might be the end of our celebrations, but we will be ending that month with a storyline which kicks off another big story, which potentially sees one of our characters spending the rest of their life in jail.

“I am not going to tell you anything else. We are making sure that when our celebration month ends, it’s really just the beginning of a whole new chapter, particularly for one of our families.”

Tensions will no doubt be running high in the village when a ferocious storm rips through and puts several lives on the line.

Jane added to Express.co.uk: “It’s all in daytime, it’s very much a wind storm, not a rain storm.

“We have some amazing wind machines that are being tested at the minute, which are epic. The sound team are going to have a nightmare working with them!

“I think all the stories being told across this month are stories we’ve been building across the year.

“Nothing has just been shoehorned in. The stories are all driven by the characters and they all have an impact.

“It involves so many of our families. It’s not just a storm that affects one small group, it affects the entire village. So I think it will feel different and one element in particular will feel really different.”