Emmerdale fans were left stunned on Monday evening, as they clocked the connection between Wendy Posner star Susan Cookson and an iconic Coronation Street villain.

It came as Wendy finally confessed her criminal past to boyfriend Bob Hope, admitting she'd been imprisoned for 12 months for stealing methadone for her ex Russ to sell on.

Wendy was left without a nursing license after the incident, but managed to enter the industry after changing her name in marriage.

It turns out Susan actually played Callum's mum Marion Logan on the cobbles – who joined a mediation session between David and Callum over son Max's custody.

Marion later found out that the Platts had hidden Callum's body under the house, and confronted David Platt about the murder of her son – slapping him across the face.

She wanted to be involved in Max's life but Sarah never responded to her wishes.

Another posted: "OMG is Marion (Callum's mum) in Corrie Wendy in Emmerdale?!"

Emmerdale and Corrie aren't Susan's only soap roles, either – as she has also made various appearances on BBC medical soap Doctors, appearing in seven episodes total. 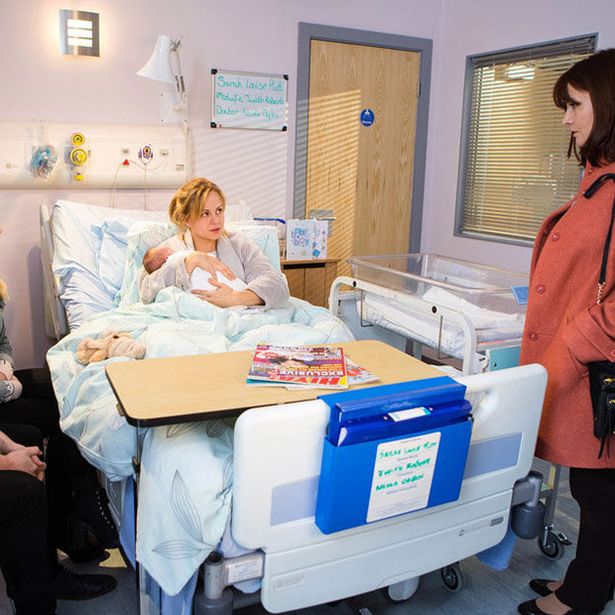 From 1998 until 2015, Susan also starred in Casualty – first as Julie Day and then as soap regular Maggie Coldwell.

The star has also acted in Holby City, The Royal, Heartbeat and Waterloo Road.

In 2017 she even completed a stint in Mersey soap Hollyoaks as Janet Garner.

In Monday night's instalment of Emmerdale, Wendy was left devastated as Victoria told her to leave the hospital where David Metcalfe was recovering after being shot by Russ.

Vic caused a further rift in their relationship after she sent back the money left to her son Harry by his grandmother, Russ's mum.

She and her mother-in-law had become close after an initially tense relationship, after Wendy's son Lee raped Victoria and left her pregnant – with Wendy wanting a relationship with her grandson.