Brenda Walker (played by Lesley Dunlop) was horrified when she accidentally poisoned Dan Spencer (Liam Fox) after trying out new items on her food menu. The pair have come to a monetary agreement to avoid Dan suing the Emmerdale cafe but Brenda could be set to lose everything if he changes his mind.

In recent scenes, Dan struggled to come to term with his life-changing injuries.

With Dan unable to work, he told Bob Hope (Tony Audenshaw) he would be forced to sue Brenda so he could look after his family.

Nicola King (Nicola Wheeler) came up with an alternative arrangement and offered to invest into the cafe but Brenda’s unwillingness to commit could cost her dearly.

In tonight’s episode of the ITV soap, Dan warned Bob he couldn’t wait much longer for his payout. 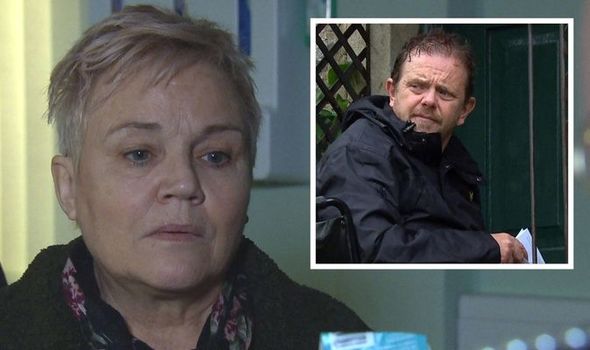 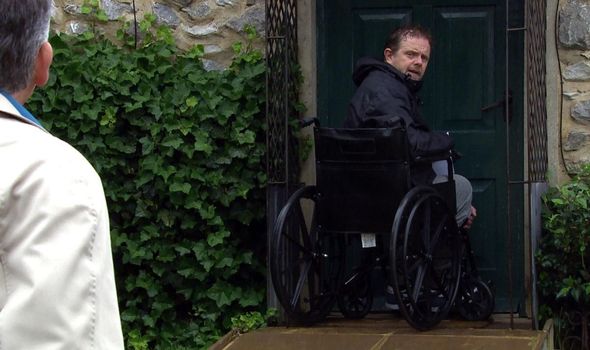 As Dan looked glum opening a letter, Bob remarked: “I reckon that isn’t telling you you’ve come into a fortune.”

“I wish. No, it’s a rent bill. Kim’s been pretty good with it so far with me being out of work,” Dan said.

“Actually, I wanted to ask you something, has Brenda mentioned anything about the cash? I didn’t want to hassle her.

“No, it’s fine,” Bob replied. “She’s been meaning to get round to it but you know how it is. 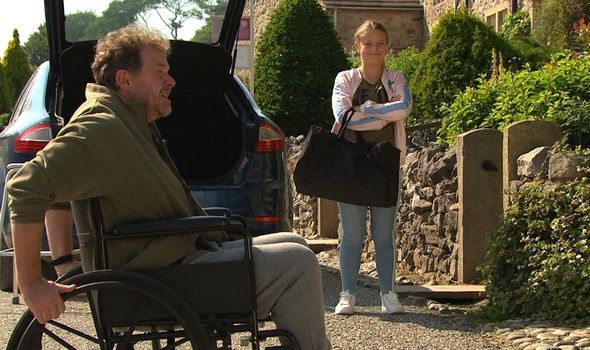 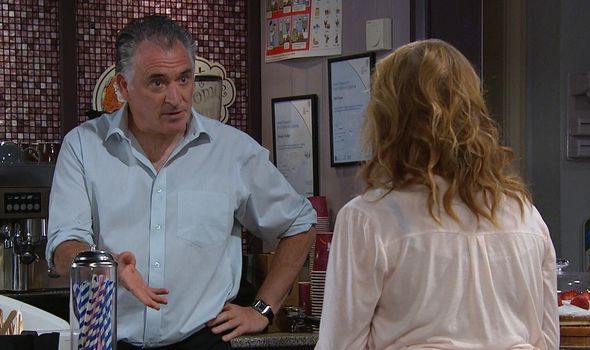 “She’s supposed to be signing a contract later on today, between you and me she’s [not happy at] the thought of going into business with Nicola she’s a bit worried.”

“I’ll be sure to tell the bailiffs that when Kim sends them in, ‘I would have paid but Brenda was worried’,” Dan replied.

“I’m sorry,” Bob said. “Once it’s in, the bank will transfer the money straight over.”

Will Dan get fed up with waiting and reveal he’s suing Brenda through the courts for a higher payout?

If Dan goes to the courts, Brenda will likely lose the cafe as she has been hesitant to go into business with Nicola.

Later, the local councillor demanded Bob pressure Brenda but he refused to back down.

“Look she’s reading that contract probably before she signs,” Bob said. “She’s doing it properly, you can understand her being a bit nervous.”

“You’ve signed it,” Nicola quipped. “She owns half the business, she’s signing away her livelihood here.

“Still don’t understand what she has to be nervous about, how many times do I have to say I’m only going to be a silent partner?”

“You know what, you’ve got loads of good qualities Nicola but we all know being silent isn’t normally one of them,” Bob remarked.

“That’s not fair,” Nicola said. “Okay, that is fair. I really want to make this work.

“Just tell Brenda it’s okay I promise I will show her the same respect that I’m sure she’ll show me and I swear I won’t push her around.”

Emmerdale airs Mondays, Wednesdays and Fridays on ITV at 7pm.