Manpreet Sharma (played by Rebecca Sarker) was horrified when her estranged sister Meena (Paige Sandhu) turned up in Emmerdale. The GP made it clear she wanted nothing to do with the troublesome arrival but Rishi Sharma (Bhasker Patel) couldn’t resist stepping in and helping Meena when she failed to pay her B&B bill. However, could Rishi and Manpreet be driven apart over their conflicting views on the new addition to their family?

Speaking to Express.co.uk and other press, ITV actress Rebecca explained why Rishi and Manpreet’s relationship could become strained.

Rebecca confirmed Rishi was left completely in the dark over Manpreet’s past.

She said: “[Meena’s arrival] is a huge surprise to everyone, which in itself is telling.

“It’s another indication that Manpreet really wants to put the past behind her.” 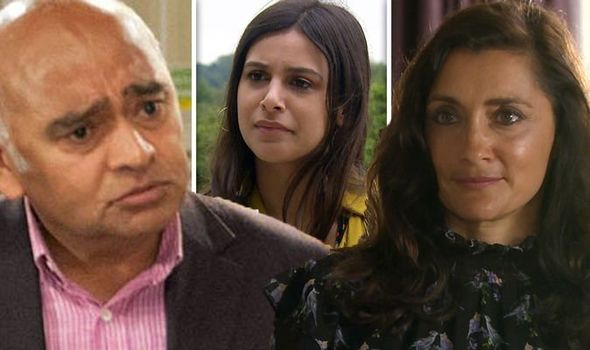 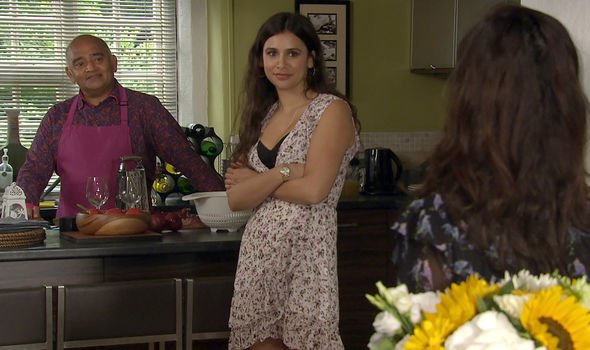 “Rishi, in particular, has no idea that his wife has a sister,” she added.

“But, of course, dear Rishi thinks this is wonderful news. He’s a family man.

“He wants to include everyone. This is just another person to add to his fold.

“And he wants Manpreet to welcome her with open arms which of course she doesn’t.” 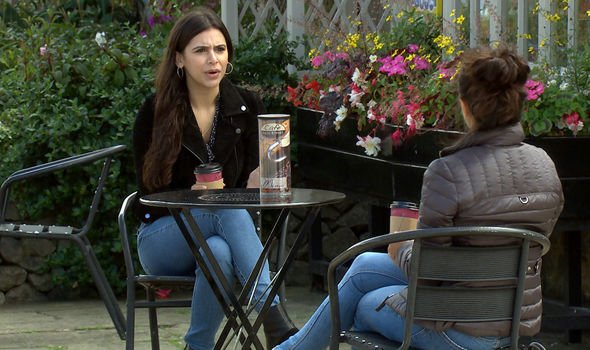 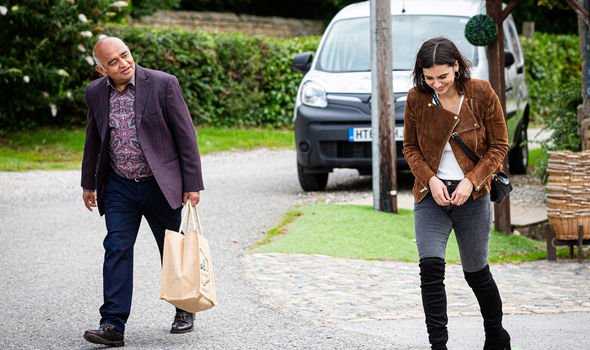 Will Manpreet and Rishi clash as he continues to try and include Meena against his wife’s wishes?

The Emmerdale star opened up on Rishi’s reaction after he discovers the real reason behind the sisterly feud.

“Well after the initial shock although I wouldn’t describe his reaction is magnanimous,” Rebecca said. “He does try to encourage Manpreet to let go of the past.

“Almost because it’s clearly hurting her and he loves Manpreet very much. And he doesn’t like to see her hurt.”

“He almost wants her to purge herself of the past and give Meena the benefit of the doubt,” she continued.

“And to give him his dues he does succeed in at least persuading Manpreet to hear Meena out on a few occasions.”

Rishi is determined to get his wife to move forward and welcome Meena into the fold.

However, it’s clear Manpreet will struggle to accept her sister’s sudden reappearance in her life.

In recent scenes, Rishi stepped in when Tracy Metcalfe (Amy Walsh) scolded Meena for not paying her B&B bill.

Manpreet was not happy to hear what her husband had done and she may feel betrayed by her generous husband.

Will Meena continue to work her magic on Rishi and leave Manpreet feeling her husband has taken her sister’s side over hers?

Or will the new arrival deliberately come between the couple as the reasons behind the sisterly feud are revealed?